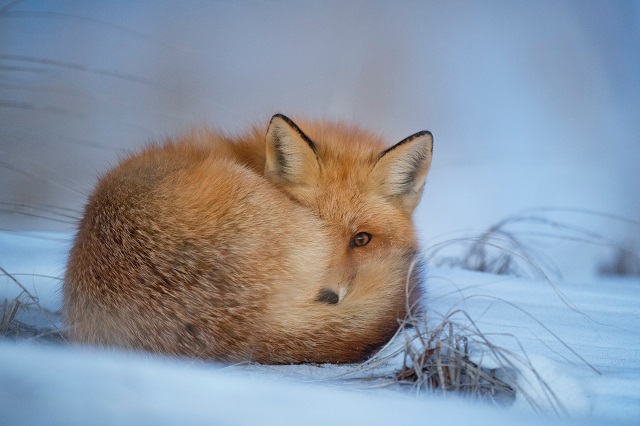 Photo by Ray Hennessy on Unsplash; licensed under CC0.

Ed. note: This is the first in a six-part series.

The liturgical calendar and the readings of the Revised Common Lectionary (RCL) introduce the worshiper into another rhythm of life.

Attention to the biblical texts for any given Sunday as well as to the flow of texts through any liturgical season enables a preacher to exercise the faith of those present—whether that faith is only at its beginning or not yet even conscious or whether it is faith that is faltering or faith that is thriving.

The good news, the encounter with a merciful God in the juxtaposition of readings and in the liturgical event, shapes the entire existence of worshipers, inviting them into a gospel space that defies the typical categories that define life.

At first glance, the season of Advent has a strong eschatological focus with New Testament texts looking forward to Christ’s second coming (parousia) rather than to a simple preparation for the historical moment of Christ’s birth at Bethlehem.

However, as the texts of Year A are read together, as they interpret each other, another dimension appears. It is simplistic to image a linear narrative from incarnation to cross to resurrection to second coming. Incarnation and cross can be understood as one event (the wood of the manger is the wood of the cross, according to Martin Luther) just as resurrection and second coming can be seen as moments that continually irrupt within the framework of believers’ lives here and now.

Christ’s coming is a continual advent, a continual coming, presence, a continual irruption in life and in history. Advent is about this coming, about God coming to all people in surprising ways that both births faith, nurtures, and increases it.

Resurrection in baptism is the beginning of a life shaped by faith and then all of life becomes a practice of baptism; that is, living attentively to God’s continual irruption.

Advent names the surprising ways God comes as it names the deep hope, longing, yearning people hold in their heart for God’s immeasurable goodness. Preaching in Advent will both name the surprise and the longing that changes everything about daily life. It will focus on the gentle, tender, kind, merciful presence of God.

Year A offers powerful texts and images that speak to God’s continual advent and how life is shaped by it. The first text for the First Sunday of Advent (Isaiah 2) serves as a leitmotif for the entire season. The vision of all peoples coming to the mountain of the Lord, living from Torah, will transform the world. Living from Torah will establish permanent reversals of values and priorities and human interaction, from war to peace. And this vision is not for the future but for now.

Both Romans and Matthew highlight the theme: living honorably in the day, living in the today of God, living patiently, attentively, vigilantly. Believers are not waiting for a far-off event but for the one that is near, at any moment, possible in every and any event.

Vigilance is a key theme in these texts. Vigilance characterizes faith as people are attentive not to what the eye or ear can too easily judge (Isaiah 11, Advent 2) but to God’s righteousness latent within history that God maintains and tends. This righteousness is not judgment but mercy, setting all things “right.” It is the spirit of vigilance that some baptismal liturgies invoke (sustain the baptized in the spirit of wisdom and understanding…).

God’s righteousness also shapes faith in each person’s life and in each community’s life. It is a life of thanksgiving that flows forth in the good fruit of repentance (Matthew 3, Advent 2): prayer, obedience, faithfulness, peaceful relations, greatest possible generosity to the need, self-restraint, and truthfulness (all attributes of the Ten Commandments).

Obedience of faith (Romans 1, Advent 4) now shapes the lives of the faithful into a different rhythm with different values then those dictated by society. This obedience leads the faithful into continual reversals succinctly described in all the readings for Advent 3 culminating in Christ’s question to the crowd: “What did you go out into the wilderness to look at? A reed shaken by the wind?” Here Christ preaches towards that new vision, attuning the people’s gaze to see not only what new thing God is doing in their midst but to see and understand and take seriously their own yearning, longing, seeking.

That yearning and seeking, provoked by the Spirit, will redirect and reconfigure their lives in this world and their relationships, both in community and to all their neighbors. Relationships will not be defined by judgment (James 5, Advent 3) but by a generous welcome (Romans 15, Advent 2) of each other and the neighbor.

In the final Sunday of Advent, the texts point toward the imminent birth of Christ, toward the nativity scene. However, even here, they do so more as an embodied example of what the three previous Sundays have all underlined: God’s coming is at any moment, it is unexpected, it involves reversals, it is surprising.

The faithful might expect God to come in glory or be born, not in a manger, but as ruler. Instead God’s advent points to God’s own vulnerability.

Preaching throughout Advent Year A can invite worshippers into God’s continual surprise that makes room for a community and neighbors much broader than one might imagine. It invites into a surprise that is immeasurably good, generous, and merciful.