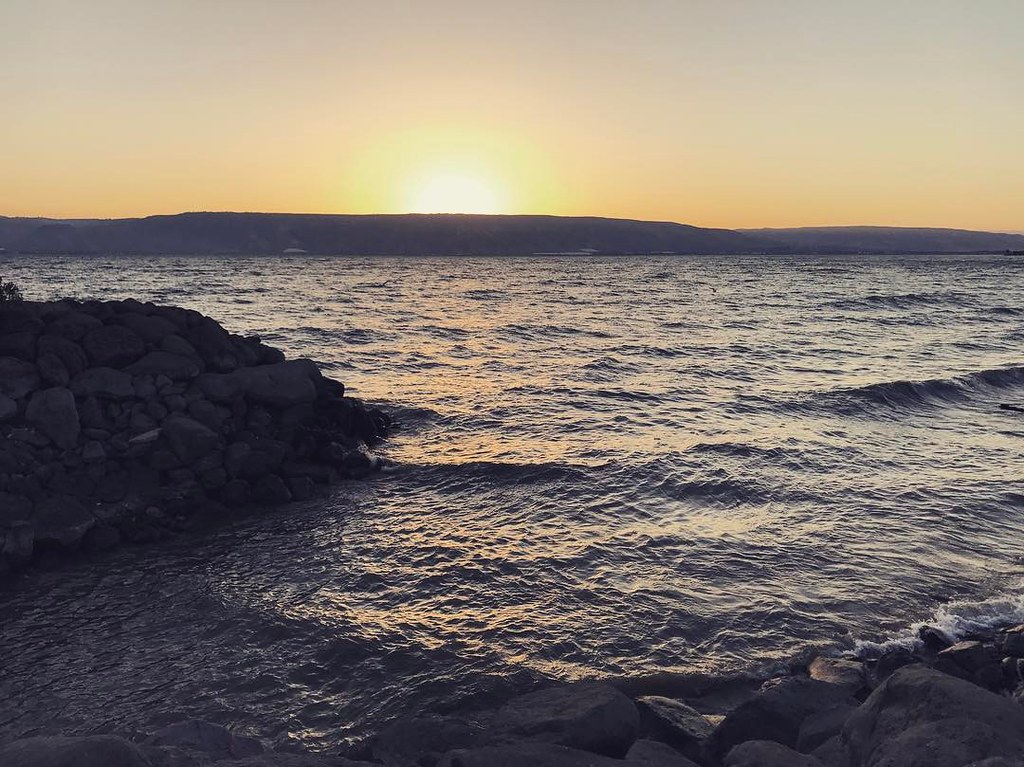 “Good morning from the Sea of Galilee in the city of Tiberius!#GSBCIsrael2017," Image by moyerphotos via Flickr, licensed under CC BY 2.0

Right on the heels of Thomas, we have the story of Peter, another character in the Gospel of John often misinterpreted. Perhaps not as misrepresented as Thomas, but perhaps it’s time to free Peter from his own chains of misunderstanding. Thomas, the doubter. Peter, the denier.

Rash and brash, Peter is the one on whom we can count to do what Peter does best — impetuousness and impulsivity. From wanting a full body bath from Jesus at the foot washing, to striding out of the garden and cutting off the ear of Malchus, to getting dressed and jumping in the lake to get to Jesus on the shore, yes, indeed, we’ve come to expect such behavior from Peter.

With this perspective in place, it’s easy to reduce the conversation between Jesus and Peter in John 21 to a reinstatement of Peter’s discipleship or an attempt at some kind of reconciliation for a relationship gone bad. And so, it makes the most sense that this has to be the moment when Jesus forgives Peter, in particular, forgiving Peter for the ultimate foolishness and recklessness — denying Jesus when Jesus needed him most.

Except nowhere in the story does Jesus utter the words, “I forgive you” because Peter hasn’t done anything deserving of Jesus’ forgiveness. No, the person who needs to forgive Peter, well, is Peter himself.

And yet, forgiveness is perhaps not the issue at all. We like to fall back on it, frequently, assuming it’s that which is needed to fix a relationship, especially to mend this specific relationship. But in this case, a little more digging and some careful study reveals that what Peter needs is to accept who Jesus needs him to be.

A rereading of Peter’s denial in John exposes his true rejection — that of his own identity. The question asked of Peter is not, as it is in the Synoptic Gospels, “do you know the man?” To which Peter responds, “I don’t know the man.” Rather, in the Fourth Gospel, the inquiry posed to Peter is, “aren’t you one of his disciples?” Peter’s response? “I AM not.”

As a result, the conversation between Jesus and Peter should take on a completely different meaning. Jesus does not blame or shame Peter. Jesus does not ask for Peter’s repentance. Jesus does not ask three times, “Peter, do you love me?” to remind Peter of his three-fold denial, to test him or to trap him. If any of that is true, that’s not the Jesus I know, I love, or in whom I believe. Instead, as I have written before, Jesus reaffirms who Peter needs to be; the disciple Jesus needs him to be. And the disciple Jesus needs Peter to be is the shepherd now. No wonder Peter responded with “I AM not.”

And, if this is the way we feel with people in our lives, even those closest to us, I suspect the same would be true of our relationship with Jesus.

Our first thought about Peter when it comes to the decision he had to make around that charcoal fire is that he was terrified that what would happen to Jesus would happen to him. Except, of course, that Jesus had yet to be crucified. Maybe Peter was unwilling to admit his identity because he wasn’t ready yet — not that you ever can be, really. Maybe Peter couldn’t affirm his identity because the garden was too fresh in his mind, too painful, too personal. Maybe Peter was not able to say, “I AM” because he just couldn’t believe it himself.

And so, Jesus shows up on that shore, hosts a meal one more time, and tells Peter, tells us, “I believe in you. I know who you are and I love you. And yes, you are exactly the disciple I need, the disciple the world needs, for God to the world.”