Preaching Mark in Times of Strife (Part 2 of 2) 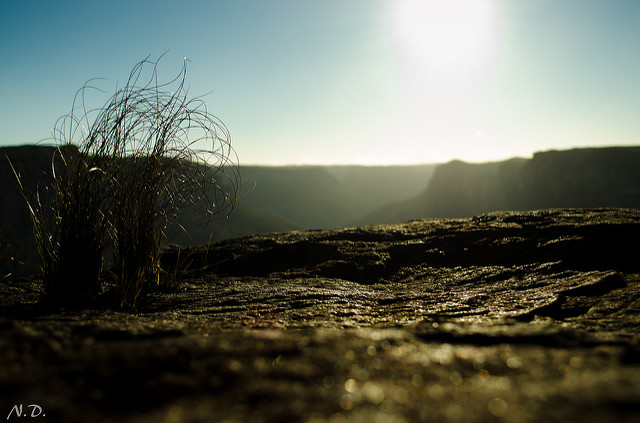 In the first article of this two-part series, the author discussed the apocalyptic tenor of the Gospel according to Mark and urged preachers to preach Mark in a similar voice.

Mark urges Christ-followers to perceive things differently. Throughout the Gospel, Jesus exposes lies and abuses while he manifests the arrival of God’s sometimes elusive reign (“kingdom”). How can our preaching help people see the world and the impact of Jesus’ life and ministry from Mark’s perspective? I propose that this year we take note of five characteristics of this Gospel, keeping them in mind from week to week throughout the lectionary’s Year B.

None of the five characteristics is unique to Mark; we see similar things in other Gospels. All five of them are certainly distinctive aspects of Mark, however.

Not each of the five applies to every passage from Mark. Yet preachers who consider the characteristics cumulatively and reiterate their significance over time in multiple sermons will find them helpful guides for fleshing out pieces of Mark’s particular vision of God’s liberating work.

1. Mark sees God’s work in terms of incursion, deliverance, and mercy
As I mentioned in the first article, Mark depicts Jesus’ mission as an invasion of territory held by an enemy (for example Jesus tested by Satan in Mark 1:12-13). That territory provides a comfortable habitat for tyrants and the loyalties they demand (for example John’s murder in 6:14-29; the emperor’s coinage in 12:13-17). For the reign (“kingdom”) of God to become realized, it must displace other kingdoms (for example Jesus’ refutation of the scribes’ accusations in 3:20-27). Sometimes this means the eradication of old relationships and values (for example Jesus redefines his family in 3:31-34 and 10:28-30). Sometimes it means conventional assumptions about greatness must be discarded (for example Jesus corrects James and John in 10:35-45). Mostly it means that mercy must spread far and wide (for example Jesus’ widespread appeal in 1:35-45).

Evil lurks in many corners of Mark’s world. Jesus dislodges it in scary stories about unclean spirits. He suffers its violence in a state-sponsored execution orchestrated by society’s elites. Nevertheless, restoration has the last word. He brings dignity to people who were thought to be beyond its reach.

Let your preaching linger over the alien character of God’s reign and our inability to perceive it because we have been lulled to sleep by cheap knockoffs.

2. Mark sees a new kingdom emerging as Jesus breaches and redefines boundaries
Jesus ventures into places and among people at the thresholds. He challenges perceptions about the boundaries between purity and pollution (for example a sabbath healing of a withered hand in Mark 3:1-6; a different perspective on defilement in 7:1-23). His teaching makes us wonder how permeable the lines are between inside and outside (for example his family in 3:1-34; the Twelve in 4:10-12). He travels across borders that have ethnic, cultural, and economic significance (for example across Galilee’s sea in 4:35-41 and 6:47-52; out to Tyre in 7:24-30). He meets afflicted people whose neighbors treat them as a threat or a nuisance deserving to be kept at bay (for example the demoniac in 5:1-20; Bartimaeus in 10:46-52). He crosses the greatest divide — the one between life and death (for example Jairus’ daughter in 5:21-43; himself in 16:1-8).

When the boundaries on which we rely to order our lives and to maintain high walls around our sense of security become unstable — or shattered — we must ask: what else might Jesus reorder? Jesus situates himself at the borderlands, not because he loves chaos but because his character and compassion extends wholeness and holiness to places beyond the presumed limits.

Let your preaching accentuate how dangerous it appears when holiness shows itself to be unbound and uninterested in conforming to the way things presumably have to be. Tell your congregation, too, how liberating this is, when people are set free from fear.

3. Mark sees a deliverer who often eludes easy definition
In one of the more curious aspects of Mark, Jesus appears unwilling to let his identity be disclosed until he can do so himself, when the time is right (at his trial in Mark 14:62). It’s as if Jesus cannot be — and should not be — fully recognizable until his crucifixion. Ironically enough, that is the moment in which “The King of the Jews” comes across as anything but royal in the eyes of everyone who looks upon him. Over and over again, this Christ defies the world’s standards of power and desirability. The truth remains difficult to see (for example the blind man in 8:22-26), but rest assured that secrets will at last be told. God’s reign eventually shows itself and shines light into shadows (for example the parables in 4:21-29). What is imperceptible today will take root and blossom in your fields tomorrow (for example the mustard seed in 4:30-32).

Mark keeps readers off balance with frequent reminders that things are not what they appear to be in this apocalyptic landscape. We risk distorting Jesus if we insist he conform to our logic of what’s possible or what’s prudent (for example divine things and human things in Mark 8:31-33). He urges his followers toward abundance and openheartedness (teachings on fasting and wineskins in 2:18-22; a rich man’s possessions in 10:17-22; lavish anointing in 14:3-9). At the same time he warns of trouble and deprivation in a world that resists the good news (for example self-denial and cross-bearing in 8:34-38; future calamities in 13:3-22). In the end, he will identify himself as a contemptible man, willing to declare his solidarity with the powerless and despised. Crucified, he ends his life as additional prey for humanity’s ruthless self-preservation (for example the parable of the wicked tenants in 12:1-12). The Christ dies, as musician and author Nick Cave puts it, as “the victim of humanity’s lack of imagination.”1

Let your preaching lead people to see differently — to see a crucified king and a kingdom growing silently even when the public square appears overrun by blowhards who poison the land with the politics of fear and cruelty.

4. Mark sees outsiders who have insights
Despite the disciples’ propensity to underperform, over and over again, Mark never lets readers forget that others have strange, perceptive insight into Jesus’ identity and power. Whether they are foreigners or imperial mercenaries, whether they are without power or without credentials, certain characters display insight and receive blessings. For some, their desperation gives us a definition of what this Gospel understands faith to be (for example the woman with a hemorrhage in Mark 5:24-34; the man with a possessed son in 9:14-29). Other characters see things no one else can see, and Mark gives no explanation for their keen vision (for example Bartimaeus in 10:46-52, the centurion in 15:39). They just do.

Mark’s Gospel takes aim at presumption. Outsiders embarrass the presumed insiders. No one should arrogantly assume that they have seen the full picture. Even those who see an empty tomb and hear an angelic promise cannot bring the story to a reassuring and safe ending (the empty tomb in Mark 16:1-8). If our faith rests solely in the capabilities of our experts or solely in the longevity of an institution, it provides no sure foundation. Those who surround themselves only with people who believe like them, or who think like them, who live like them, or who look like them, may have a hard time keeping their eyes open when they need to (for example the parable of the master’s unscheduled return in 13:32-37).

5. Mark sees discipleship defined by his rejection and death
As soon as Jesus starts talking about what lies in store for him, he also tells people what it means for them to participate with him and his work. Discipleship according to Mark means following Jesus to the cross. Just as Jesus calls disciples to share in his ministry (for example Mark 3:14-15; 6:7-13), he also calls them to share in his fate (for example 8:34-38). They, too, will expose regnant lies and be deemed unsafe to the status quo. Through them and their deeds, greatness will manifest itself in acts of service. Displaying the gospel of divine deliverance, they will bring bread and hope to people who lack those essentials (for example the feeding of the masses in 6:31-44 and 8:1-9).

Mark is a story about Jesus’ self-giving and his solidarity with the suffering. He calls his disciples to play a part in efforts to aid those who are “like sheep without a shepherd” (Mark 6:34) — people whose leaders and institutions have stacked the deck against them by means of laws, lies, and laziness. This Gospel knows what it looks like when the poor are compelled to contribute to the luxuries of the rich (for example the widow’s offering in 12:38-44). When it comes to living as a disciple, Mark will not allow indifference. Discipleship is, in part, resistance to such tyrannies. Resistance makes way for wholeness to enter.

Let your preaching keep the end of the story in view throughout the year, so people see the cost and offense of Jesus’ ministry. His compassion sparks opposition. Discipleship means following Jesus wherever he goes. And where Jesus goes, he will expose false expressions of power and greatness. That activity brings forth newness, but it will prove costly.