Preaching Mark in Times of Strife (Part 1 of 2) 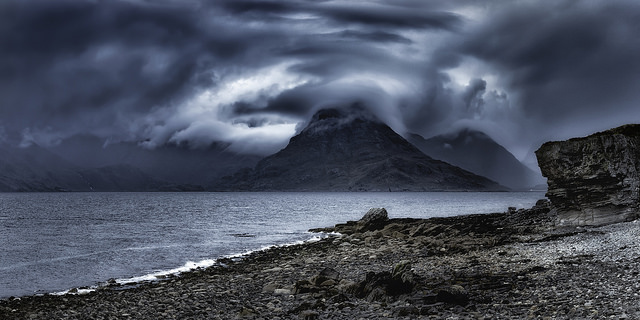 Just in time. The Gospel according to Mark is about to arrive.

Perhaps, like me, you’re wondering how Mark will sound in the upcoming lectionary year.

Mark’s apocalyptic tenor
Mark has something to say. To hear it, I think it’s vital for us to recapture the apocalyptic tenor of this Gospel. By that, I mean recognizing that Mark directs concentrated thematic and theological energy toward depicting Jesus’ arrival in the world (and his ministry in the world) as an incursion. Jesus and his message represent nothing less than God’s attempt to enter into and reclaim our existence, bringing the reign (“kingdom”) of God into places where other reigns claim to hold sway. In Jesus Christ, nothing less than divine deliverance is at hand.

I am hardly the first person to call attention to Mark’s “apocalyptic” interest in exposing falsehoods while revealing Jesus’ invasive new order. Many interpreters see that Mark reports good news from the front lines of cosmic conflict. Heavenly voices endorse Jesus at his baptism and transfiguration (Mark 1:11; 9:7). Unclean spirits are sent packing (1:21-27; 5:1-20; 9:14-29). Roman society’s ethos of domination is unmasked as something insidious; it relies on a counterfeit understanding what it means to be great (10:42-44). God’s reign breaks in, sometimes inch by inch (4:26-29), sometimes faster than even Jesus himself anticipates (7:24-30).

Yet Jesus still speaks of trouble to come (13:9-22). The struggle lasts beyond the final page of Mark’s narrative. The reign of God is still emerging.

If you’re not sure what I’m talking about, pause now and read Portier-Young’s full article before continuing. Do you see it now?

There should be an apocalyptic tenor — a revelatory agenda — animating our preaching this year, for we live in a period in which the true nature of things is proving difficult to see, as is God’s corrective. The Christ-followers who first read Mark may have had similar thoughts.

Consider when Mark’s Gospel was written and to whom it was communicating. Determining any Gospel’s origins is always highly speculative work, but the best hypotheses date this book between 68-72 CE, just as the Great Revolt was coming to, or had come to, its violent and devastating conclusion. Mark’s author told the story of Jesus to address the questions of that tumultuous time: How might Christ-followers respond to the overwhelming force of Roman power in an age when Christ had still not returned? Should the gospel of Jesus Christ compel Christ-followers to take up a revolutionary cause to overthrow a government that they may have viewed as illegitimate, greedy, and cruelest to society’s neediest? Or should fidelity to Christ compel his followers to get in line with the empire, to keep their churchy commitments separate from their obligations to the state?1

Discipleship in an apocalyptic drama
Mark rejects the options of violent revolution and timid compliance and advocates discipleship of a different character. Mark promotes ways of following Christ that take the power and tragedy of the cross seriously. Mark urges readers to understand the fierce and destructive nature of forces and values that Jesus associates with the formidable “strong man” he comes to defeat (Mark 3:27). Mark encourages believers to commit themselves to self-denial and cross-bearing as a means of associating with Jesus while they simultaneously denounce the oppressive and corrosive effects of fear, imperial pretense, and religious hypocrisy.2

Daniel Berrigan, the Jesuit activist and poet who died in 2016, had keen insight into the quality of discipleship that the Gospel of Mark might have originally encouraged. He wrote this in 1988 about the kinds of people Mark addresses:

The tools and weapons of the “Strong Man” were a kind of demonic litany of the culture. The Christians knew it by heart: appetitiveness and sanctioned violence and the strut and lying and straining and achieving that were all the rage (in more senses than one). And they refused to incant the litany. Not for them the slots, perks, ripoffs; nor the soft or hard fascism of the main mode of church and state, as currently practitioned.3

In your Gospel preaching this year, help the current generation of Christ-followers see that Mark has always been a book that endeavors to do more than record the church’s memories about Jesus. Mark’s narrative attempts to open its audiences’ eyes and ears so they can detect the false promises, false claims, and false values of their age.

A gospel for those with ears to hear and eyes to see
Mark originally was — and still is — a Christian contribution to “the war of myths” that is waged to dictate how each of us will determine what’s real, what’s healthy, and what’s possible.4 That war of competing myths — the stories and explanations a culture tells itself to claim and reassert its values — raged in its own way among Mark’s ancient audiences. As the temple lay in ruins and Christ-followers wondered how long they could wait for Jesus to return, they needed to determine which explanation of reality should prevail among them. Should they buy into the evergreen imperial myths that despise the weak, that scoff at resistance, and that perpetuate all manner of slavery? Did believers have to surrender to the weaponsmith’s lie that only more weapons can ensure peace and security? Or could the community of Jesus’ followers live by a counter narrative, one that saw the reign of God growing almost imperceptibly — difficult to see with ordinary vision but there nevertheless?

For today’s audiences, we might use different language to portray Mark’s vision of the emergence of a new state of affairs. In other words, we may opt for images other than divine intrusion, cosmic warfare, and cultural battlefields. (Recall what Portier-Young says about the evocative power of our symbols. It’s in the article you just read.) After all, there have been changes over the decades in the specific ways that myths about winning, values, greatness, security, and strength have been spun. Denouncing the particular rhetoric of the current myths and our generation’s mythmakers requires bold ingenuity, occasional subtlety, bravery, and persistence.

But, as always, the myths remain there to be exposed, full of bluster and falsehood. The myths that Jesus calls out in Mark are still recognizable. They reject the inherent value of all people. They leave people without access to health and wholeness, cheated out of the possibility of a living wage, and denied the hope of real refuge from real threats. They blame victims for the abuse they endure. They mock courage. They steal joy.

As long as myths like those endure, conflict will remain part of gospel ministry — our ministry. Denouncing false construals of reality — so that the reign of God might be announced and visible in word and deed — still causes trouble.

Yet it’s good trouble. For Mark insists that God would have us see a different landscape and hear a different song. Let Mark direct your preaching toward the Gospel’s vision of the world God desires.

It was launched in a baptism. Manifested through restored lepers, former beggars, and drowned demonic legions whose brazen claims of supremacy had been revealed as lies. Ironically crowned in a crucifixion. And finally confirmed with an empty tomb and a reverberating promise: “You will see him, just as he told you” (Mark 16:7).

In Part 2, the author looks at five specific characteristics of Mark and considers how they might influence this kind of preaching, so preachers and their hearers might see as Mark does.

1 For more on the options that presented themselves to Christian communities at the end of the Great Revolt as well as more on Mark’s particular way of speaking to the situation, see Brian K. Blount and Gary W. Charles, Preaching Mark in Two Voices (Louisville: Westminster John Knox, 2002), 9-14.

2 It should be clear: Mark does not equate these harmful things with Judaism as a whole. Jesus criticizes a wide variety of people, systems, and presumptions in Mark. He decries the hypocrisy of certain leaders, not Judaism or its values.

3 From the foreword to Ched Myers, Binding the Strong Man: A Political Reading of Mark’s Story of Jesus (Maryknoll: Orbis, 1988), xviii.

4 Ched Myers speaks about this “war of myths” in Binding the Strong Man (see, for example pp. 4, 16-17). He borrows the expression from Amos Wilder’s work on the parables: Jesus’ Parables and the War of Myths (Philadelphia: Fortress, 1982). The “myths” in question are the narratives, ideologies, and assumptions a culture uses to define the world and to legitimize our actions as well as our inaction.