This Far by Faith 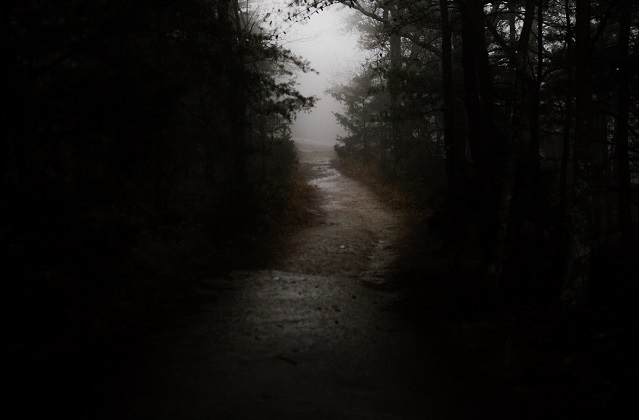 Photo by Andrew Neel on Unsplash; licensed under CC0.

Almost everyone who comes to worship this week will have encountered some form of End Times theology if only in the many apocalyptic movies available or in watered-down alarmist versions of certain “left-behind” interpreters. The End Times may also be one of those themes most enthralling to young persons, teenagers, whose imaginations are sparked by it!

I remember teaching a confirmation class once and asking confirmands to write a “belief” statement. One of them, whom I thought was more engaged than others, blurted out: “I believe in the zombie apocalypse!” The theme fascinates all generations (since it also has to do with our finitude) just as much as it rebuffs too easily drawn interpretations

As you prepare to preach next Sunday, the questions that apocalyptic texts raise for us should not be ignored. It is often in the most persistent, nagging, and resistant questions that a key is held to wisdom, to a deeper understanding perhaps of God’s presence and action within history.

Ask yourself, dear preacher, what is most nagging for me about these End Times texts? And as you think about your own faith journey, reflect on that journey in light of the people, the faith community you are serving and the neighborhoods you live in and the social, political, and economic climate with which the community deals.

What are the persistent and sometimes unanswerable questions that arise in these verses of the destruction of the Temple, of war and insurrection, of families being divided, and of persecution? What aspect of the text grabs your attention, upon what verses are your questions focused?

In Luke 21, Jesus actually redirects the question of the disciples. Jesus prophesied that the Temple—which in Luke’s Gospel is a good place, as Emerson Powery has shown in his commentary this week—will be destroyed. (Luke of course knows it will be destroyed since he is writing post-destruction).

Jesus simply notes that in the course of history—in the course of God’s history with God’s people—something that has been good will be no longer, something that has served as a reference for faith will vanish away stone from stone. But the disciples want to know more and so they seek to understand: “what will be the sign that this is about to take place?” The disciples ask for signs and explanations.

You will have noticed that Jesus redirects the disciples’ question. In his answer, Jesus shifts the focus from signs and explanations to the disciples’ own journey of faith in the midst of this world and its upheavals and distractions, its divisions and its conquests. Jesus diverts attention from the “apocalyptic” phenomena that tend to fascinate us as disciples. “Beware that you are not led astray” by a useless, empty, and simplistic equating of current events with the End Times. There will be wars, there will be insurrections, there will be earthquakes but these are not to terrify you or render you inactive. But before all these things occur, you will be persecuted. Here is the crux, the turning-point, as Jesus now speaks about faith: the faith of the disciples, the faith of your community gathered for worship.

Where is the gaze of faith directed? In fear towards End Times, towards signs and portents, outwards and away from the world around them? No, on the contrary, Jesus points to faith, to the disciples’ faith that testifies to a life different from the values of the world. It is that faith (and they as community) who will be persecuted. It is God’s way in the midst of this world that will be shunned and hated. But it will also be God and the wisdom God imparts that will guide the community.

As preacher, you are called to help define that wisdom in your own context and community. The wisdom of God’s way is described in Isaiah 65: a way of delight and not of weeping, a way of abundance and not scarcity, a way of peace that puts an end to all violence. And if, in worship, you are reading Malachi 4, it too points to this wisdom as a way of “healing in its wings.” The arrogant, those who think they know the way of God, the signs and expectations, will stumble and fall. Then Paul, in 2 Thessalonians, gives you an example of such preaching! The wisdom of faith means never being weary to do what is right, that is, never tiring of working for that way of abundance and peace God has promised, as described by Isaiah.

Dear Working Preacher, it is crucial to name the reality of divisions and suffering (for what war, what injustice does not create suffering?) and to call them out specifically within your community and neighborhood, within your society and culture. For example, in the United States, the trauma of racism continues to set people against people. But in the process, be sure to identify a way forward by naming the wisdom of faith already present and upon which the faith community can build as it rejects idleness and complacency.

That is your constant challenge. These particular texts hone in upon that reality more than many others. Faith is not to fear the world and its wars. Instead, faith is truly cognizant of the many divisions, the suffering, the injustices here and now, and it traces a way in the midst of them, a way of peace and joy, singing a new song at the presence of God who comes (Psalm 98).

May your preparation in prayer and silence be Spirit-filled.