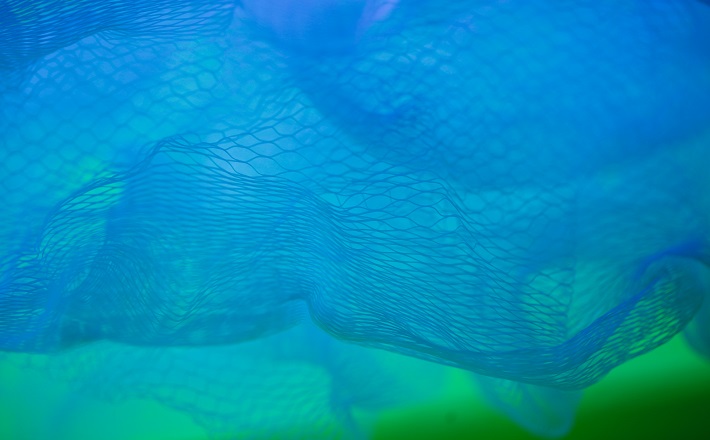 This text, throne vision and call story, is a mind-blowing, trippy, sensual vision beyond the veil of the Temple. Distinct, but not unique, such visions1 have grabbed the imagination of people in both Judaism2 and Christianity. Probably the most lasting and impactful reverberation within the imagination for Christians is the song of the Seraphim:

Holy, holy, holy is the Lord of hosts;
the whole earth is full of his glory.3

Set in the eighth century BCE,4 the text is Isaiah’s first-person recollection of his call story, which happens in immediate proximity to the presence of God. He recalls: “I saw the Lord sitting on a throne, high and lofty, and the hem of his robe filled the temple” (6.1). That Isaiah saw the Lord is in itself remarkable, especially given the Lord’s words to Moses: “ … no one shall see me and live.”5 Isaiah’s vision is unusual and dangerous. The holiness of the Lord is nothing to be taken lightly.

This glimpse behind the veil includes a vision of the seraphim — fiery, winged creatures who serve at the throne of the Lord. While the cherubim were (and are) often mistakenly portrayed in Baroque art as the naked, chubby little putti, winged, cupid-like creatures floating the corner of paintings, the seraphim are unmistakably frightening. Seraph roughly translates as ‘fiery.’6 And what is the vocation of these creatures? They sing. They call to one another around the throne:

Holy, holy, holy is the Lord of hosts;
the whole earth is full of his glory.

Under our feet their song shakes the very foundations of the temple thresholds. In our eyes and noses, there is smoke, which fills the temple.

Overawed by this and perhaps aware of the Lord’s words to Moses,7 Isaiah speaks. He confesses. His words full of dread. “Woe is me! I am lost, for I am a man of unclean lips, and I live among a people of unclean lips; yet my eyes have seen the King, the Lord of hosts!”8 Isaiah acknowledges the truly awe-full nature of the Lord’s holiness. There is a recognition that coming into the unmediated presence of the Lord is not something to seek, for it yields terror and death. The Lord is God. Isaiah is not. We are not. In any such encounter, there is danger.

The encounter gets weirder.

One of the fiery seraphim flies from the throne to Isaiah carrying with a pair of tongs a coal from the altar of the Lord. The coal is aflame. The seraph — without asking — touches the burning coal to Isaiah’s lips, saying: “Now that this has touched your lips, your guilt has departed, and your sin is blotted out.”9 The cleansing action and pronouncement of absolution by the seraph make way voice of the Lord: “Whom shall I send, and who will go for us?” This in turn engenders Isaiah’s simple reply: “Here I am. Send me.”10

The content of Isaiah’s first utterance rounds out the chapter. After this terrifying awakening of Isaiah’s call, after his simple acceptance, the prophet’s first job description is not so appealing. The basic gist is that Isaiah is supposed to tell the people that they don’t get it. “How long, O Lord?” Isaiah asks (verse 11a). Until the whole thing crumbles. Not just 90%. Everything. So, Isaiah’s commission — who wants it? Reading Isaiah’s call story is not likely to raise the number of admissions applications to seminaries. Recall Luke 13.34.

As one called to teach in a seminary context, I hear many a call story. It is a privilege to be invited into such personal stories.

Call stories — as varied as they are — are stories of intersection. In particular, the intersection of God’s providential care for and reconciliation of the cosmos and an individual’s sense of being and purpose in the world. The stories that we hear in seminary contexts are often those of folks who have discerned the locus of this intersection somewhere near or in a church. Pastors. Deacons. And yet, the reality is that all Christians have a vocation.

Given the complicated composition of the book of Isaiah and the significant stretch of time for its composition — from near the end of Uzziah’s reign in 742 BCE to the first returnees coming from the Babylonian exile in the early to mid-530s BCE — it is difficult to focus with any clarity on the ‘historical’ Isaiah.

His father’s name was Amoz.11 Other than this, we know next to nothing of the particulars of Isaiah’s story. He could well have been a pipefitter or a postal carrier or pediatrician.

There is a beauty in not knowing. This person, whatever his qualifications or lack thereof, was given this awestriking vision and holy calling. The call to be a prophet is, perhaps, nothing to be cherished. We should have sympathy for those who protested such a call, such as Jeremiah and Jonah. And yet, the book that bears Isaiah’s fingerprints and name and school was not only doom and gloom. This is the book early Christians referred to as “the fifth gospel.”

In reality, most call stories follow a less terrifying path, which is normal and good. Being scared shitless is not a prerequisite to have a true and proper calling. It is good for all Christians — and really for all people — to consider this intersection. It’s not always in or even around a church. To put more secular language on it — everyone is invited to look for the intersection of their passions and talents and the world’s need. God calls and equips the baptized for ministry.

Another important aspect of this pericope is its place within Christian imagination and practice. Many Christians hear the thundering song of the seraphim every week. In liturgical lingo, we call it the Sanctus (West) or the Epinikios (East). For centuries, perhaps from the earliest days of the church, Christians have joined their voices to this heavenly song.

Just how big is our imagination of the reach of this little but fiery tune?

The Septuagint interprets Isaiah 6.1b as: “I saw the Lord sitting upon a throne lofty and raised up, and the house was filled with his glory.”12 The hem of the royal robe is understood to be the glory of the Lord. Given that the temple was understood to be a microcosmic representation of the whole of the cosmos, this interpretation is not surprising.

The throne is associated with the Holy of Holies. The veil in front of the Holy of Holies is the barrier between heaven and earth. The remainder of the Temple is understood, by Josephus and others, to represent the whole of creation. The Septuagint rendering of verse 1b, clarifies that the whole temple (oikos) is filled with the glory of the Lord. When we hear the song of the seraphim, then, this understanding of the temple becomes even clearer:

Holy, holy, holy is the Lord of hosts;
the whole earth is full of his glory.

This awestriking, gob-smacking encounter with the very presence of the Lord reveals the full extent of the Lord’s glory: the whole earth. How do we imagine, encounter, and interact with the world around us? As if it is filled with the glory (read: presence) of the Lord? Before we arrive. After we leave. Over the horizon which we cannot see. Among those who are similar to us and among those who are different. The glory of the Lord is already there, as it is already here in the bread and wine.