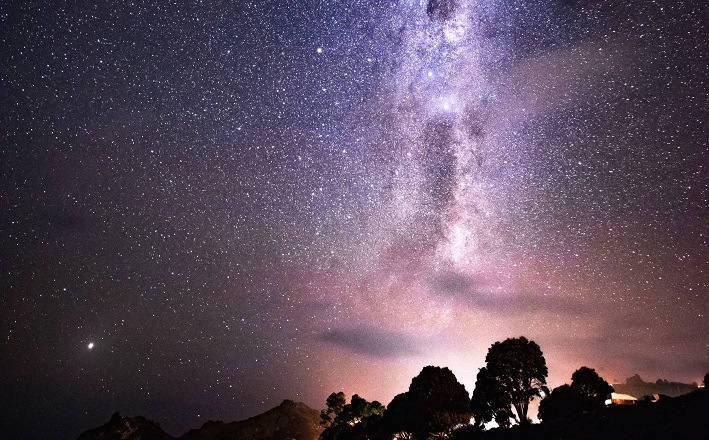 When they saw that the star had stopped, they were overwhelmed with joy.Photo by Casey Horner on Unsplash; licensed under CC0.
January 6, 2019

We see them paying baby Jesus homage and offering him gifts. We see three persons wearing crowns. The evangelist Matthew does not tell us that they were three men or three kings.

The term Magi is a plural form of magoi in Greek language, which means Zoroastrian priests.1 They were neither kings nor wise men. Maybe they earned the title wise men because of their skills in interpreting dreams and understanding astrology. They were well known for telling fortunes and preparing daily horoscopes. They were scholars of their day and enjoyed access to the Persian emperor. Zoroastrianism is one of the oldest religions in the world which is still active in Iran today. It was the official religion of Persia before Islam.

The primary prophet for Zoroastrianism is Zoroaster. Zoroastrians believe that he was miraculously conceived in the womb of a 15-year-old Persian virgin.2 Like Jesus, Zoroaster started his ministry at age of 30 after he defeated all Satan’s temptations.3 He predicts that “other virgins would conceive additional divinely appointed prophets as history unfolded.”4 Zoroastrian priests believe that they could foretell these miraculous births by reading the stars.5 Like the Jews, Zoroastrian priests were anticipating the birth of the true Savior.

The evangelist Matthew tells us that Zoroastrian priests followed the star of Bethlehem to Jesus’ birthplace to assure his audience that Jesus is a fulfillment not only of Old Testament prophecy of the virgin birth, but also Zoroastrian virgin birth prophecies. The Gentile Magi recognize Jesus’ divinity and kingship. Matthew presents Jesus as the expected King of the Jews and the Gentiles. It was important for Matthew to show that the Magi went to Bethlehem not Rome to look for the King of the Jews, the Messiah. Matthew’s audience understood the Persians to be a long-standing religious and political ally against Rome.6

Matthew starts his gospel by showing a contrast between the Gentiles and Jewish secular and religious leaders. The Magi “knelt down and paid him homage.” (verse 11), but King Herod the Great wanted to kill him. Matthew wants to show throughout his gospel that Jewish leaders rejected Jesus and oppressed him, but the Gentiles accepted him.

King Herod becomes greatly troubled to hear from the Magi that the new king for the Jews is born. He felt threatened and worried about his throne. Herod was not appointed by Rome, the biggest enemy of the Jews. He was not a Jew, but an Idumean whose ancestors converted to Judaism. He knew from the chief priests and teachers of the law that the Messiah would be born in Bethlehem in Judea, and he must come from the Davidic line. King Herod does not meet the biblical messianic criteria. He was already paranoid about any potential rival to his throne.  “He sent and killed all the children in and around Bethlehem who were two years old or under” (verse 16).

The Magi give Jesus three gifts. Gold is a sign of kingship, long associated with the gods, and frankincense represents wisdom and myrrh is a sign of long life and healing.7 Frankincense was and still a costly incense and myrrh was a prized perfume. These gifts were usually given to a king or a person with high status. For example, the Queen of Sheba visited King Solomon and gave him precious gifts: “Arriving at Jerusalem with a very great caravan — with camels carrying spices, large quantities of gold, and precious stones” (1 Kings 10:2). The spices that she brought with her might be frankincense and myrrh.

We begin Epiphany season learning about the Magi’s declaration of Jesus as a divine person and a King. The story teaches us that Jesus is our King and we should put him first in our life. The Magi could collude with King Herod, but for them Jesus Christ is greater and more powerful than Herod. They endured a long journey from Persia to Bethlehem to meet Jesus, the King. They risked their lives for the sake of Jesus. They rejoiced when they met him. Matthew tells us that they paid Jesus homage, not Herod. Are we willing to put Jesus first in our lives? This is a personal question that requires a thoughtful response.

We often call it the “bridge.” We look at the gap, or chasm, between the text and the contemporary situation, while wondering how we can leap from the inspiring words of scripture to the present reality.

The need for unity and equality continues to paralyze both the human family and the Church.
Print All Text Print All Commentary