Proclamation in Advent: Full-throated and Soulful 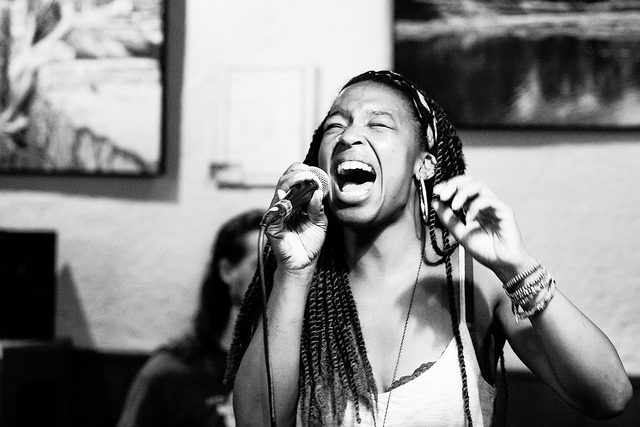 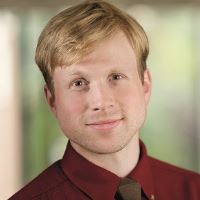 This article is the final in a four-part series for those who read Scripture in worship (or those who help prepare lectors). Watch the accompanying videos.

To proclaim love for the Lord with an embodied heart is a way of connecting the chest with the head, compassion with creativity, the physical with the figurative. In Hebrew the word for soul (nefesh) also carries a host of connotations from the embodied to the existential. Besides soul it can mean personality, breath, neck or throat and windpipe.1 There is a way in which the Hebrew soul is inseparable from the windpipe that produces its proclamation.

Some other representations of the word nefesh include hunger, desire, wish,2 self, emotion, and passion.3 All of these definitions for “soul” seem fitting as we indeed passionately desire the Word and hunger to embody it. Furthermore, our soul’s attachment to the Lord is always intimate and emotional in nature:

While the Hebrew word nefesh is tied to a person’s anatomy it is also expressive of her individual personality: her soul. The Septuagint uses the Greek word psuche to translate “soul” in these psalms and likewise it is Mary’s psuche that magnifies the Lord in the Magnificat, the alternate psalm for Fourth Sunday of Advent.5 Though the Greek psuche here lacks the anatomical resonance of the Hebrew nefesh it shares much of the rest of nefesh’s semantic range including personality, breath, and life.6 So the soul’s blessing is a profoundly personal form of proclamation. It is a deep divulgence of a unique God-woven self, a self-reflective outpouring. Yet the soul’s magnified message is not insular but for the neighbor, not detached but always intended to be latched to the hearing of another. Anyone who takes umbrage at being termed simply a vessel for God’s Word (understood as an anonymous channel devoid of individuality) can take consolation in this self-affirming definition of soul that is so tied to individual proclamation and breath. It is a deeply personalized instrument. These words draw our very soul out of ourselves in proclamation.

There is another dimension to the soul of the Hebrew tongue that I believe we can pronounce in English. From an emotional perspective different sounds (i.e., consonants and vowels), resonate differently in our bodies and the bodies of audience members. My first voice teacher, Lucinda Holshue, used to say that the vowels of words hold the “soul,” the consonants carry the “will.” Said another way, “The vowels move with the emotion (another resonance of nefesh); the consonants articulate the intellect.”

Ironically, the materiality of this acting adage comes to bear less in rehearsal halls and on proscenium arches than in the stages that leave us most exposed and under-rehearsed. For instance, the mother giving birth does not require consonants to utter her life-willing moans and her primal cries. She is pure vowel, uncensored release. Likewise, the wailing of the grief-stricken mother is too raw and impulsive to be molded by the intellect and cerebral consonants.

The Hebrew Bible was originally written without vowels so in some ways we provide the emotional “soul” in the interpretation of Scripture when we pronounce the words out loud. In our proclamation we complement the rational consonants with our soulful vowels.

We noted that, figuratively speaking, the Hebrew word “nefesh” has quite a semantic range in English but it is the anatomical definition of soul that I want to bear in mind especially. Nefesh means throat.7 This soul is indeed the windpipe of the Faithful: the most personal of instruments for praise and lament; the sacred channel for accusation and acquittal. It is the individual soul that returns the Word of God into its oral form, the mechanism by which the word becomes flesh and through which it is given an unmistakably singular resonance.

The following exercise is intended to help facilitate “soulful” proclamation. The proclaimer first reads her stanza for clarity to make sure the sense is clear and that the speaker feels confident with the meaning and sound of her words. She then explores it using only the vowels. This is always initially funny to witness and perform. The first verse, for instance, becomes Aye Oh a-i-eye uh Oh (My soul magnifies the Lord). The speaker is specifically asked to expand the long vowels and keep the short vowels tight, to try to “sound” her way through the vowels. After speaking only the vowels she speaks only the consonants, being especially aware of the sense and form of the stanza. Again, she is encouraged to sense the labor required by the proclaimer and to take heed of when coherence was clearly lacking, and when it surprisingly emerged. Finally, she incorporates the vowels and consonants together again for a final reading. It is invariably a reading full of soulful sense that we had no access to in the first reading. It is boldly full-throated but also carefully articulated.

3 Brown-Driver-Briggs, A Hebrew and English Lexicon of the Old Testament (Abridged), s.v. “nefesh,” 659.

5 “My soul magnifies the Lord,
and my spirit rejoices in God my Savior,
for he has looked with favor on the lowliness of his servant.
Surely, from now on all generations will call me blessed;
for the Mighty One has done great things for me,
and holy is his name.
His mercy is for those who fear him
from generation to generation.
He has shown strength with his arm;
he has scattered the proud in the thoughts of their hearts.
He has brought down the powerful from their thrones,
and lifted up the lowly;
he has filled the hungry with good things,
and sent the rich away empty.
He has helped his servant Israel,
in remembrance of his mercy,
according to the promise he made to our ancestors,
to Abraham and to his descendants forever” (Luke 1:46b-55).