A New Pentecost? A Season of Social Media 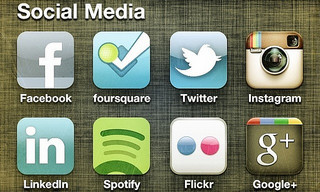 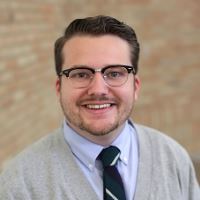 Lent. A time for self-reflection, austerity, and somber music. A time to put away the alleluias and remember Jesus’ road to Calvary. A time for selfies and tweets and photo-booths?

For one season, we challenged our congregation to immerse themselves in social media, not only while they were waiting for the bus but within worship, connecting their lives of faith with their digital identities.

For forty days in Lent, our Wednesday evening liturgy felt a little different. People shared the peace by taking selfies with one another. The prayers of the people went viral with a live Twitter wall in the sanctuary. Our community incorporated people beyond our walls through live streaming. Ushers paced the aisles with smartphones instead of offering baskets.

We called our Lenten experiment The #iam_ Project because we wanted people to encounter Jesus, who says, “I am,” claiming the ancient name of God — four Hebrew letters, YHWH, roughly translated as I am. We invited people to think about how they would fill in the blank of #iam_, to stand up against a culture that tells us who we are, branding us as not good enough. In an act of defiance, we wanted our congregation to say #iam_ something more than a consumer because of the one who first said I AM.

Throughout Lent, participants in The #iam_ Project took selfies — either with their smartphones or in a homemade tablet photobooth — and pinned them to a reredos (ecclesiaspeak for screen) behind the altar.

After running into a few snags, I came up with this list of suggestions that I wish I would have had before venturing into a season of social media. I hope it helps you think through planning and implementing a meaningful series for your people.

Articulate the why. There’s nothing worse than technology just for the sake of technology. Make sure you have a well articulated reason that you are doing this. It should engage people in a way that could not be done otherwise. The #iam_ Project succeeded largely because we told participants what we hoped they would learn or experience or discover in the course of the season and on any given week.

Narrow your focus. Allow your content to be the guide of all your choices. As we jumped into the world of social media, it became crystal clear that we could get totally lost in the shuffle. By narrowing our focus on encouraging people to fill in the blank of #iam_, we allowed that singular goal to influence all of our choices in worship planning, from the choice of liturgy and hymns to how we would collect the offering.

Choose the right medium. Not all social media are created equally. Find one or two that work for your goals. We used Twitter because it allowed us to easily include everyone in the conversation and to post the results on a screen. You could just as easily use Facebook or Instagram or Vine or SnapChat for a project with different goals. Be sure that the medium will support and facilitate your goals, not the other way around.

Make the case. Not everyone is interested in spending an entire church season in an unfamiliar medium. There will be early adapters and naysayers. But if you make a clear case for why you are using this medium, people are more likely to grab on and run with it.

When we presented this project to a group gathered at a local retirement community (to which we would live-stream in a few short weeks), several people wondered why we needed to mess with all of this. Isn’t it just a fad? What does it have to do with the work of the church?

A light-bulb flicked on for an octogenarian woman who said, “I know why we’re doing this! It’s like a new Pentecost!” And that is why we do this. To connect the stories of faith with the lived experience of those gathered.

Get buy in. You can’t pull this off alone. Find some tech-savvy people (often teenagers are more than willing to step up) and train them to help people who don’t have smartphones or tablets.

Find artists in your congregation who are willing to design a physical display for the digital results of your project.

As we share ministry, we equip our people to lead not only within the walls of the church but in their own vocations.

Make sure your tech is working. We learned this one the hard way. Our church is by no means tech ready — no screens or cameras or internet in the sanctuary — but with a bit of savvy from some volunteers, we rigged a screen to hang above the pulpit and set up a Wi-Fi network in the hall.

The first week of our experiment, the Wi-Fi crashed, the live-streaming failed, and our Twitter wall stopped updating.

In the midst of all of these technical failures, one member came up to me and said, “Keep going!” People were excited about the ways that they could participate in the worship service and weren’t going to let a few flubs get in the way.

So test. And test again. And even when everything is going swimmingly, test one more time!

Provide consistent content. If you want people to engage in conversation throughout the week, you have to also be present in that conversation, giving meaningful content.

Learn from your mistakes. If we had turned around at the first techno-disaster, we never would have heard from a mom who connected with her daughter in a new way. We never would have seen the tweet from the thirteen-year-old girl who connected the weekly worship service with the challenges of consumerism walking through the mall.

Social media muddies the waters of teacher and learner, allowing churches to step away from the cult of expert and learn from new voices. In your experiment with digital ministry for a season, I hope that you see the sprouts of good news growing throughout the digital world and I hope you can wonder how the Word is made flesh in the world wide web.