Change Is Possible and Needed 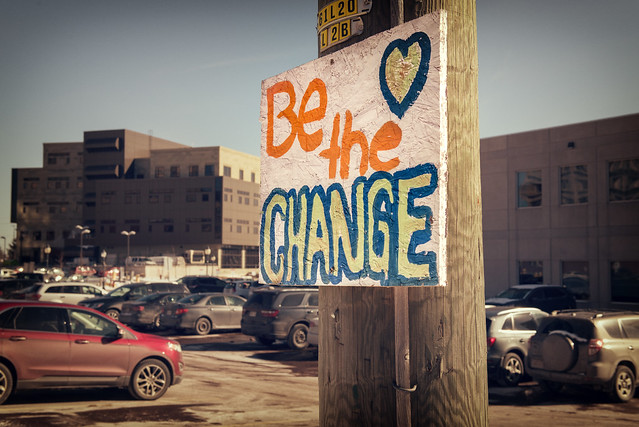 While the opportunities Scripture offers to speak directly of the beauty, power, and needs of the natural world are extremely frequent, especially in the Psalms, often the lectionary presents us with stories that contribute to environmentally healthy preaching in other ways.

The story of Paul’s conversion, for instance, offers a dramatic example of what happens when one person comes face to face with the destructiveness of a path he had believed was sanctioned by God, and the power that is unleashed when genuine repentance redirects his steps.

In my introductory chapter in Inhabiting Eden: Christians, the Bible, and the Ecological Crisis, I described how, when Saul — as he was previously called — first heard the message being preached by Jesus’ disciples, he reacted the way many faithful people do to new ideas: he sought to shut it down. He began a campaign of persecuting and imprisoning Jews who followed Jesus. The turnaround described in Acts 9 (May 5, 2019) is such a well-known event to Christians, and Paul is such a prominent early theologian, that it is difficult for contemporary readers to imagine how that event might have looked from his point of view. What would it be like to pursue one course of action so zealously, only to learn to your dismay that you were opposing God — and that you must stop now and do something else entirely?

Paul’s experience provides a distant mirror to our environmental situation today. Most of our lives to this point have been powered by gasoline for transportation, and natural gas and (often) coal-fueled electricity at home and work. If we thought about these fuels at all, it may have been with gratitude for the power of fossil fuels to make our lives easier and more comfortable. If people resist changes that will help heal the environment by reducing our carbon pollution, surely one reason for this is that the ways we have powered our lives have seemed both fortunate and inevitable.

The story in Acts goes on to describe Paul’s conversion from the viewpoint of one of the Jewish Christians who had been endangered by Paul’s former zeal. Ananias enters the story by being told in a vision by God to go and find Saul and pray for him. What mix of fear, anger, and dread must he have felt at the prospect of revealing himself to someone who could have him imprisoned or killed? What amount of sheer courage prompted him to act? And yet, had he not acted, where would Christianity be today?

At this time in world history, when scientists are saying we have only a few years to change our power habits if we are to avoid a radically altered environmental future, the courage that is needed may not be as dramatic as that summoned up by Ananias, but it certainly is greater than ordinary life calls forth. It may involve sacrificing some commodities or comforts we want, or spending more for less energy intensive travel modes, groceries, or appliances. It may involve taking the time to contact our legislators to communicate our urgency to them or to change our light bulbs to LEDs. It may involve speaking with key congregation members, or the community as a whole, about how the church can help heal creation in its weekly practices. All of these involve making a change in what we previously thought we were about. Such changes may be incremental, but are vitally needed.

May 5, Third Sunday of Easter

May 12, Fourth Sunday of Easter

May 19, Fifth Sunday of Easter

May 26, Sixth Sunday of Easter