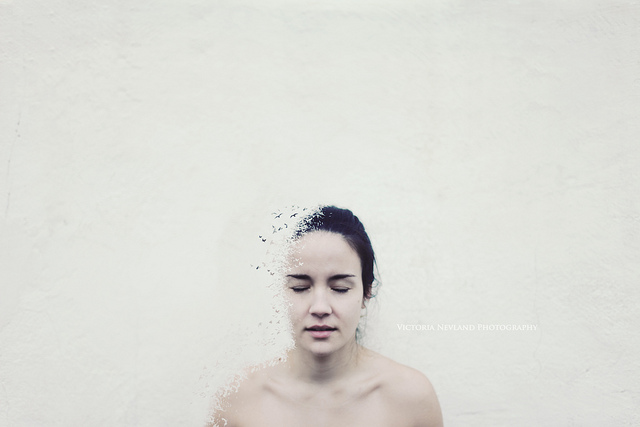 I was recently gifted a copy of the sarcastic, crude, delightfully funny little book Hyperbole and a Half. Half comic book, half stream-of-consciousness, it includes one of the rawest, most vulnerable portrayals of depression I have ever seen. It’s the kind of portrayal that comes from having trudged through the trenches of mental unhealth yourself, and from having come out the other side. It is, in other words, a portrayal that only comes from one’s authentic self.

Speaking out of one’s authentic self can be a gift to others.

We preachers know this: the feeling of speaking truth from your gut and seeing the gut-punch recognition of truth in another’s eyes. It is, as I said, a gift.

But it can also be a curse.

Vulnerability and authenticity are extraordinarily powerful — see Brené Brown’s masterful TedTalk on the subject. Brown’s research has demonstrated that from true vulnerability comes true connection, vitality, joy. And yet, does it not feel sometimes as if being truly authentic with people is always just a short step away from curating a persona out of one’s own authenticity?

A case in point would be the sermons we preach. We use examples from our own lives as sermon illustrations, but have been carefully coached as to which are the most appropriate: preach out of your scars, not your wounds. Use the hard times in your life as illustrations, not the good ones, to avoid being put on a pedestal. Preach the blood but don’t bleed all over the congregation.

All of which are indeed right and salutary tips for preaching a sermon that is relatable while still maintaining the public nature of our office. But does it not feel at times as if we are constantly being asked to be ourselves, but not too much? To be authentic, but to a point? Is it just a necessary part of the job — and if so, how do we meet that necessity while also honoring our need to be whole human beings?

It’s likely that this is an issue for anyone who, like us preachers, occupies a public role.

However, it’s also important to name the fact that it’s not just the occupiers of that role who bear the brunt of this bifurcated reality — it’s also our families. As I walked through the halls of my church when I was growing up, I was consistently followed by the feeling that everyone was watching me. There was, of course, some extent to which this stemmed from a healthy dose of teenaged narcissism. However, the story I told myself was that my dad was the pastor and that meant people were watching me.

More recently, there is a meme about pastor’s families going around Facebook. You’ve probably seen it, maybe even have shared it yourself. It reads, “If you live in a pastor’s home, you have the right to remain silent because anything you say or do may be used in a sermon illustration.”

It’s funny, it’s true, and yet it also illuminates the way the persona-making nature of our office can bleed to include our families as well.

This is perhaps also indicative of the gig economy, where so many small business entrepreneurs use their selves and their lives as a promotion for their product. In some ways, we begin to tiptoe close to doing the same, and then suddenly our authenticity vanishes.

I don’t have any nifty tricks for mitigating this reality. Only this: when the temptation hits to be a persona instead of a person, it is important to remember that we are called to occupy the office. We’re not called to be it. Do whatever you have to do to believe that and live it.