What Not To Wear 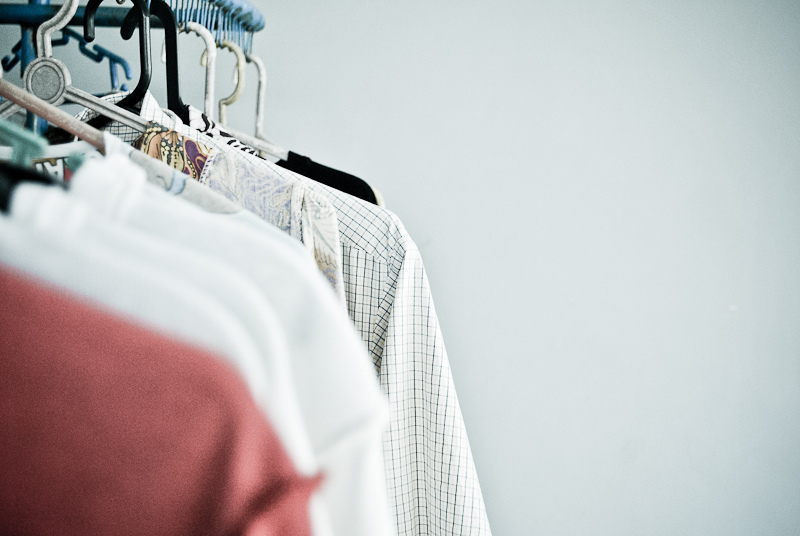 A wedding guest without a worthy wardrobe results in being cast out of the party into outer darkness where there is weeping and gnashing of teeth? Clearly, there is more to this story than proper attire. More is at stake than what to wear or what not to wear when invited to royal nuptials.

Or maybe, the text isn’t interested in our questions that attempt to understand — and avoid — the guest’s fate. Rather, the text simply states a truth — a seat at the matrimonial banquet in the Kingdom of Heaven will require something more than merely accepting an invitation to discipleship. It’s not enough to RSVP and then just show up.

This past week, Luther Seminary hosted our annual preaching conference, “Working Preacher Presents: The Craft of Preaching.” One of the presenters, Dr. Raquel St. Clair Lettsome, called out our preaching patterns that propitiate the ways of the world, thereby disregarding the mandates of God. Preaching on the healing of the bent-over woman in Luke 13, she then called out the leader of the synagogue for this very thing — that one who represents God, who speaks for God, who acts for God, finds it acceptable to eschew life in favor of church as it has always been, in favor of a fear of systems and institutions rather than a fear of God. Somewhere along the line, we have let go of what is central to Christianity — life, liberty, and love — and latched on to an idolatrous Christianity that has as its golden calf a hypocritical mix of second amendment rights, religious freedom, and bought loyalties.

Indeed, it is not enough anymore to call yourself a follower of Christ and then act as if you were sound asleep during the Sermon on the Mount. It is not enough to pledge allegiance to church membership without then vowing to live out that chosenness in the world. It is not enough say you are a “Christian” and then stay silent when life, liberty, and love are in jeopardy.

In her commentary on Matthew 20:1-14 from six years ago, Sharon Ringe writes, “…it appears that Matthew envisions further accountability beyond one’s initial response of discipleship, our ‘yes!’ to God’s invitation to the banquet.”1 Exactly.

I wonder if the decline of mainline Protestantism is because we have been satisfied with just getting people in the pews and once we get them there, we are so happy they showed up that we have forgotten that accountability comes with discipleship. I wonder if people aren’t coming to church because our preaching perpetuates a passive faith. I wonder if a Christianity that is not Evangelicalism has lost its voice in the public sphere because we have caved to the idolatry of maintaining the status quo. In other words, “Christians in modernity thought their task was to make the Gospel intelligible to the world rather than to help the world understand why it could not be intelligible without the Gospel.”2

We are preachers afraid — afraid of offense. Afraid to ruffle feathers. Afraid that people will leave, especially when the pews are emptier than they ever have been. Afraid to lose donors. Afraid to upset constituencies. Afraid to speak out of our own theological convictions. Afraid to challenge the effectiveness of denominational commitments. Afraid to take risks. Afraid of the very thing that got the ill-dressed guest thrown out in the first place.

And, what is the result? The result is a mediocre, whelming at best, “Gospel lite” that placates and pacifies rather than proclaims the good news of a God who did more than just show up. A middle-of-the-road and forgettable kind of preaching that easily descends into pablum. A bland, boring, and banal message that has no chance of saving anyone. As Niebuhr writes, “I am not surprised that most prophets were itinerant. Many budding prophets over time become harmless parish priests.”

And, the chosen are the ones who understand that the time for bringing about the Kingdom of Heaven is now — not later, not tomorrow, not someday, but now. Maybe Matthew’s issue is not so much that the wedding guest showed up dressed like an episode of “What Not To Wear” but that he was unaware of the urgency of the invitation. He did not realize — or, he was never informed of the fact — that a summons to God’s banquet means an immediate call to action. We’ve been so preoccupied with how to get people in the pews that we have set aside, for far too long, any kind of proclamation that communicates exigency.

What not to wear? Complacency, conformity, and any kind of garb that is content with the way things are. What should we wear, so that the whole of the world can see who we are and what we are about? The kind of compassion, birthed by God’s own righteousness, that cannot, anymore, leave things the way they are.

2.Stanley Hauerwas, “Preaching as though We Had Enemies,” https://www.firstthings.com/article/1995/05/003-preaching-as-though-we-had-enemies