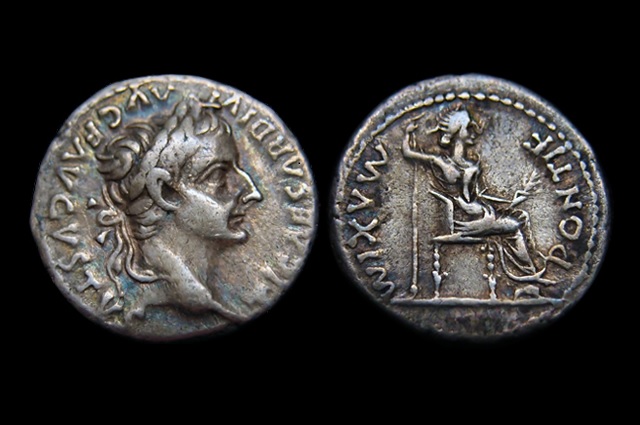 Thank you for what you do to preach the Word of God, in season and out of season.

Thank you for proclaiming the counter reality of God’s kingdom in a world that is in rebellion and that works by an economy that is foreign to God’s ways.

Have you ever been asked a trick or trap question? The sort of question that you are caught no matter how you answer it? You know, such as “Have you quit lying?” “Are you still as dishonest as you used to be?”

In the United States this week, we don’t have to go far in this week to find examples of those trap questions. The media are constantly asking the candidates (or their surrogates) trap questions—if the candidates answer it one way, they alienate and anger their political bases. But if they answer it another way, they risk turning off the moderate majority of the voting populace. And in the U.S. Senate Judiciary Committee, Judge Amy Coney Barrett has faced a torrent of trap questions.

In this week’s Gospel reading, Jesus faces a trap question from what Matthew reports as a group of Pharisees. The Pharisees—whose name derived from a word meaning “to be separated”—were committed to the pure worship and following of God. Some believed that to follow God purely meant that one needed to risk being separated from the world. Many believed in a strict—textual?—interpretation of the biblical law. You know, laws such as “Love the Lord your God with all your heart, and all your soul” and “You shall have no other god before and you shall not make for yourself a graven image.” They were serious about their faith. They can be described as nationalists who despised the Roman Empire. They shared a great deal in common with Jesus—which may explain why Jesus spent so much time with them. The Apostle Paul later claimed that he had been a Pharisee.

About the Herodians, on the other hand, we do not know too much. Josephus does not mention them and they are only mentioned in this story and briefly in one other (Mark 3:6). But based on their name, I think we can rather safely assume that they had a more laissez faire toward the Roman empire and its system of occupation, and taxation. Their name implies that they were the political minions or theological allies of King Herod—the non-davidic king who ruled over the land at the pleasure of the Roman emperor. They probably were more of a go-along and get-along sort of group. We don’t know how they interpreted the Bible, but they I wonder if they might have liked the common-sense doctrine of the wisdom literature better than the stick law. Maybe they liked passages such as “The fear of the Lord is the beginning of wisdom” or “Better to be despised and have a servant, than to be self-important and lack food.”  Or more colloquially, “Let sleeping dogs lie. Don’t pick a fight you can’t win.”

The two groups didn’t have much in common—except they had a growing dislike and distrust of Jesus.

The question and the answer

The Pharisees and Herodians teamed up to ask the trap question. After a bit of insincere flattery, they asked, “Is it lawful to pay taxes to the emperor or not?” If Jesus had answered, “Yes it is legal to pay taxes,” the Pharisees could have been enraged. “Aha! He doesn’t follow God purely, he shows loyalty to the emperor.” But if he had answered, “No it is not legal to pay taxes,” the Herodians could have feigned outrage. “Aha! He’ll get us all killed by the Romans. If we don’t pay the taxes the emperor will judge us to be in revolt and will send his legions.”—which did happen, by the way, around the year 70 CE.

Faced with this trap question, Jesus didn’t do what our politicians do today, which is to answer a different question, the one that he wished his interlocutors had asked. Instead he turned the tables on them and trapped them—the Pharisees at least—in their own question.

“Reach into your pocket an take out a coin” he answered, “and now show it to me. Whose face do you see? And whose inscription?”

They did so. The coin they showed him was a denarius—a coin that had been issued by Emperor Tiberius and that was used for paying taxes.

So right there in their very pockets—in the shadow of God’s Temple in Jerusalem, by the way, where they were to worship only God in truth and in Spirit—they had a coin with a graven image and inscription of an authority claiming to be the son of God and claiming to be the high priest. Right there in their own hands they bore a graven image of a false god with a statement of faith that ran counter to the faith of Israel.

Trapped? Live with the emperor but live for God

I’m thinking about the money in my own wallet and the ways that it has graven images of my own country’s false gods and statements of faith that run counter to the God whom I follow.

On the bills and coins in my wallet are the faces of some slave owners, the perpetrator of the genocidal trail of tears, the images of some quasi-religious civic symbols that are not of my Christian faith, and the words “In God We Trust”—but the God to which these bills and coins bear witness is not the God of the cross.

So what are we to do? Trapped in a fallen, sinful world, are we to flee the world and separate or cloister ourselves? That’s one option. Are we to try to burn the system down and revolt against the empire? That another option.

It seems to me that Jesus’ words: “Give to the emperor the things that are the emperor’s and give to God the things that are God’s,” at once free us to live with the emperor but to live for God. The kingdoms of this earth all around us and trap us in their sickening realities. But the kingdom of God—which is not of this world—is even now breaking into this world and freeing us to live lives of faith in God and love of God and neighbor.

Thanks for what you do, Working Preacher.