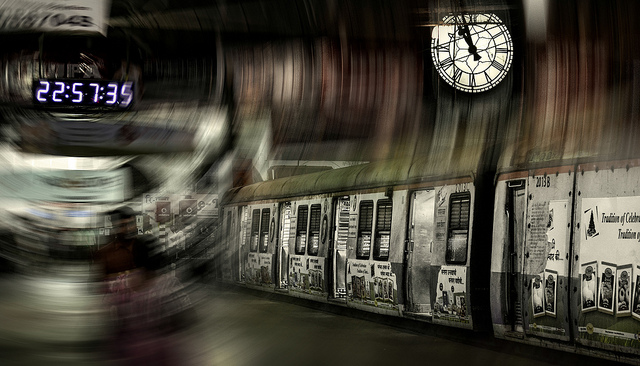 An Advent message that calls out privilege and abuse of power will likely not be popular proclamation. Especially in the season that celebrates consumerism, elevates extravagance, and capitulates to capitalism.

While we would like to imagine ourselves as altruistic and inherently generous, the truth is we might have a higher opinion of ourselves than what John the Baptist appears to see.

But we are prone to such self-adulation. Our human propensity aligns with being Individual 1. We convince ourselves that we are far more philanthropic than is actually true. A hoped-for selflessness is, more often than not, a veiled attempt to deny the impulses named by John: to keep our coats. To store our food. To strategize how best to maximize our money and ward off pleas that might reduce our wages in any way. To pretend that no one will notice if we stockpile our produce, if we amass our means, when all the while our neighbor shivers in the cold or wonders when the next meal will come.

Indeed, it all sounds a bit harsh, especially during Advent. After all, it’s a much more pleasant experience to focus on festivity and frivolity. But it is a key reminder of what the Kingdom of God is — and has to be during this season. And as much as we want to peripheralize or postpone such unpleasantries, especially when we’d rather keep our attention on more acceptable Advent affairs, well, we can’t. We are stuck with a Gospel message in the midst of Advent that just my derail and discourage disciples, even acts of discipleship.

It would be interesting to imagine how different John’s words might sound without the ubiquity of indulgence that has permeated the seasons of Advent and Christmas. The lazy days of Pentecost would incur a changed interpretation, I suspect. That John’s words are heard here and now necessitate pause and perspective. We may not like John’s warnings. In fact, we probably don’t like them at all. But John’s words are a necessary reorientation to an Advent kind of life.

So, what is a preacher to do?

For as much as we might want to treat Advent as a pass on discipleship, as permission to take a break from Kingdom activity if just for a bit — after all, we have plenty to do — it seems that this is not an option. Sorry.

And maybe John’s proclamation is not just a reminder to take the focus outside of ourselves and our immediate circles, but is an urgent plea to do so. For these are the times when waiting can be replaced with complacency. Expectation can be substituted with inaction. Hope can be exchanged with self-righteous certainty. Too much of Advent yields to what has been determined as adequate adulation to the season. John reminds us of just how easy it is to lose site of the event for which Advent waits.

And so, John’s warnings come at the right time. For our Christian inclination at Christmas is to sit back on our laurels, to rest comfortably in our ecclesial securities of said Christendom, to sit idly by as if Christmas could come and go without upending the world once again.

So, John calls us to attention in this Advent season. Will we acquiesce to accompanying society, to going along with the status quo, to accepting the stations by which our culture marks the upcoming birth of Christ? Or will we will manifest a way of being in the world that truly bears the fruit of repentance, a way that is a recognizably distinctive way of anticipating December 25? That is demonstrably different when imagining what Advent really means?

We cannot assume that what can be imagined for the world because of the birth of Jesus is shared by the world, even by those to whom we preach. Part of why we preach, especially during Advent, is to make a public and prophetic claim that waiting for, anticipation about, and expectation around Jesus’ birth really and truly matters for how we live our lives here and now. In other words, we cannot stand contentedly by as if the birth of Christ is the “same old, same old,” just coming around once again.

Dear Working Preachers, as we stand with our parishioners, we wonder with our people: Exactly what are those fruits we are called to bear — not for all of eternity, but for here and now — in this season, Advent 2018?