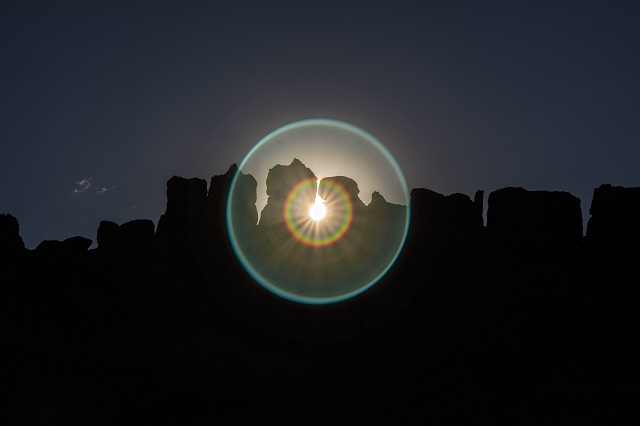 Photo by Patrick Hendry on Unsplash; licensed under CC0.

You are the light of the world.

Not Jesus, but you. And the you is plural. You, Working Preachers, are the light of the world.

I know the Gospel of John does it differently, identifying Jesus himself as “the light of the world.” But Matthew is on the stage this week.

I also know that your piety might lead you to say that Jesus is “the true light” (you’re switching to John again!) and that your role is merely to reflect or channel him. There’s truth to that, but don’t run so quickly past what Jesus says in the Sermon on the Mount: “Let your light shine before others, so that they may see your good works and give glory” to God.

If Jesus’ words about the effects his hearers are going to have on the world aren’t enough to amaze you, consider who the audience is for the Sermon on the Mount. There are no obvious world-changers gathered around him on the hill. It’s a crowd of ordinary people. Probably a lot of disappointed people. Definitely some desperate people. People who’ve been told they don’t count for much. Scared people.

No seminary professors who insist on the power of theological precision or their pet orthodoxies.

No celebrity authors who make a comfortable living writing and speaking to large audiences.

No famous preachers who seem to produce effortless eloquence every time they ascend a pulpit.

In fact, if we take Matthew 5:11-12 as our cue, Jesus is speaking to people who are (or who are about to be) “reviled” and “persecuted.” Singling out that category of people as “the salt of the earth” and “the light of the world” seems absurd. But so too were the Beatitudes at the beginning of his sermon.

I know a few reviled preachers. And I know some persecuted ones. I know many more who are disrespected and dismissed. They’re told that their work doesn’t matter, or that what matters isn’t working, at least not the way it’s supposed to.

Ecclesial statisticians inform them that the church is dying or needs to die. Occasional attenders complain that the sermons aren’t positive enough. Lay leaders forward articles to the preacher proposing the kinds of sermons that can attract “unchurched millennials,” young families, or maybe even alpaca farmers to the church. Bullies warn that “folks are starting to grumble” about your sermons because they sound “too political.”

Congregations and the general public are exposed to so much cynicism, malaise, fearmongering, and bad faith, that preaching to them can feel like having to climb a rock face that gets steeper, smoother, and icier every week.

Except for this: You are the light of the world. You are the salt of the earth. Those are statements. They’re declarations about the way things are, no matter what the circumstances.

The writer George Packer recently published a short piece called “The Enemies of Writing,” which is worth your time, even if it strays a little too far into self-importance.1 Packer laments specific ways that the current cultural landscape discourages and disincentivizes the kind of writing that the public needs most right now—writing that is honestly independent in its efforts to tell the truth, attentive to moral ambiguity and intellectual nuance, and able to build connections among people.

The “enemies” that Packer says stifle courageous and bold writing are not the obvious forces of evil or apathy. The enemies dwell across both the right and left extensions of any political spectrum you might think up. They are expressions of society’s overwhelming desires for shortcuts and banalities: our desires for profit, certainty, newness, painless self-definition, protection from contrary views, and unrelenting entertainment.

What is a writer, or any public voice (such as a preacher), supposed to do in a situation where audiences (that is, people!) are becoming increasingly unwilling to listen, to think, to move slowly, and to engage others across lines of difference?

Packer concludes: “The greatest enemy of writing today might be despair.” He means, not just the despair of a frustrated author, but the cultural despair that is making everyone settle for simplistic solutions and chase after shiny new things.

So many people who have never met you want to write you off. They’re determined to label you “ineffective.” Yet Jesus says you are light and salt.

Of course, you aren’t the only sources of light and salt in your congregations. Others are, too. And they’re also preaching through their lives and the congregation’s corporate witness.

But you’re the one who gets 10-20 minutes on Sunday to bring refreshing good news to a world of shadow and cold. You’re the one God is counting on to reveal the awful truth about the corruption and blandness that entices us.

You might not perceive the results of your preaching as clearly as you’d like, but light always illumines and attracts. Salt always preserves and enhances. That’s the way thing are.