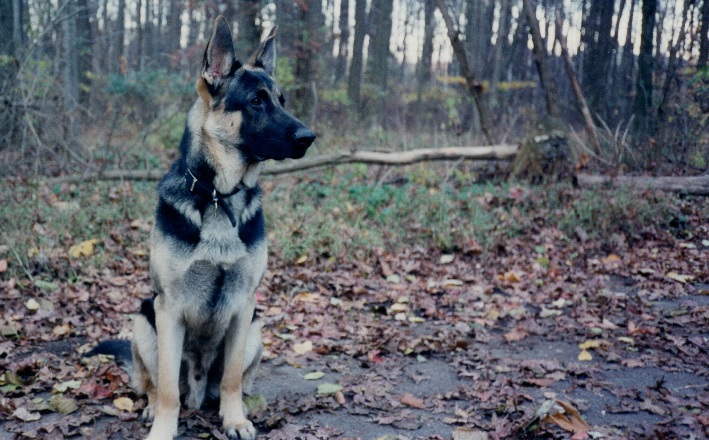 Most of what I know about shepherding I learned from Sprocket.

He was a German Shepherd Dog and part of my family for about eight years, spanning my time as a doctoral student and then as a new professor learning the ropes. He spent incalculable hours watching me read and write into the night. In return, I got to observe a master at work.

A consummate shepherd, Sprocket usually wouldn’t eat his food when someone put it in his bowl each evening. Instead he would wait, sometimes for hours and not before the children were in bed, until he knew he could take his attention off of everything else for a few minutes and be alone with his dinner. (By contrast, the British Labrador Retriever currently living in my home is so ravenous and undisciplined that he tries to eat the kibble before it hits the bottom of his bowl. He has other gifts.)

There was never any doubt that Sprocket was with us, for us, watching us, protecting us. Every person who stood up and moved to a different room, every squirrel that passed by the glass door, every creak in the building—he investigated. I don’t think there’s a substitute for the feeling of security that comes from knowing you’re the object of someone’s constant care and concern. If he couldn’t protect me from all harm, it wouldn’t have been for lack of trying.

Maybe one way to understand the calming presence of a good shepherd’s care is to experience the distress caused by its absence. We’re seeing that, yet again, when the people and systems we employ to shepherd our public safety fail to protect and serve Black bodies.

When a rapacious wolf shows up or an opportunistic hired hand runs the other direction, you know it. Your whole body experiences the threat. Feelings of terror, worry, and abandonment get embedded in our bones and systems.

There are too many toxic effects of lacking a good shepherd. You’ve suffered the effects of narcissistic and mendacious political leadership at the national level. You’ve been awakened by pandemic-fueled anxiety dreams. You’ve had nowhere to hide from the predatory racism that roams the streets. You’ve gone away hungry after being fed bowls of pablum from attention-seeking spiritual guides. You’ve had to map out escape routes to save yourself from the daily wave of microaggressions, only to run face first into a surprise macroaggression.

And yet you keep coming back, Working Preachers, despite the weight of the loads that come from feeling shepherdless. You show up, trying to be a shepherd yourself to a hurt and sometimes hurtful community from the pulpit, in your visitations, and through the unblinking green light of your webcam. You’re imitating the good shepherd and taking seriously the exhortation to love, “not in word or speech, but in truth and action” (1 John 3:18).

It’s possible that endangered preachers can instill a sense of security in a congregation. At the same time, I imagine that your shepherding work will more effective and genuine if it can emerge from your own conviction that a loyal shepherd is watching your every move and tracking all the potential threats in your orbit.

What’s the source of that kind of confidence?

The lectionary helps us answer that question when it directs our attention to some of Jesus’ grandest promises from John’s Gospel now, during the Easter season. Jesus’ pledge to be the good shepherd isn’t rooted in the kindness he displays to those in need during his public ministry.

It’s not a consequence of the commitment to justice he lives out in his teachings and conduct. Nor is it the main point about the resurrection and its promise of eternal life.

Instead, Jesus can announce himself as the good shepherd because he is, now that Easter Sunday has passed, on his way back to the God he calls his Father. In John, Jesus speaks of his ascension as his return to the divine embrace. There, abiding with God in a perfect love that drives all fear away, he possesses power. That power doesn’t keep us in perfect safety in this dangerous world, but it does provide the security of love. The power consists of the constant, watchful care of an unblinking shepherd.

A similar dynamic is at work in Acts 4, where the “name” (power) of Jesus is the focus of Peter’s claim to the Jerusalem authorities. It’s the ascended Jesus who provides the apostles the power to heal and the power to preach, because Jesus has received divine authority. The power of his name, Peter insists, minimizes every “other name [power] under heaven.” Threats remain, sure. Yet their power is not what they what you to think it is. There are no earthly “saviors” who can get the job done.

Obviously the kind of divine power I’m talking about won’t keep dangerous people, policies, viruses, and sicknesses from wreaking havoc with our well-being. It’s a power of holding our identity and love securely.

Christians are fond of saying that Jesus’ resurrection declares that death will not have the last word. That’s true, but it’s only part of Easter faith. Jesus’ resurrection means that he reigns, he loves, and he holds each of us in the palm of his hand. As a good shepherd, he has a remarkable stamina for staying on duty.

May your own preparations for preaching include time to reflect on that shepherd-like devotion to you. No matter what you’re going through in your personal life, health, advocacy efforts, or congregational ministry, your life is caught up and guarded. You are the focus of God’s vigilant care and dedicated concern.