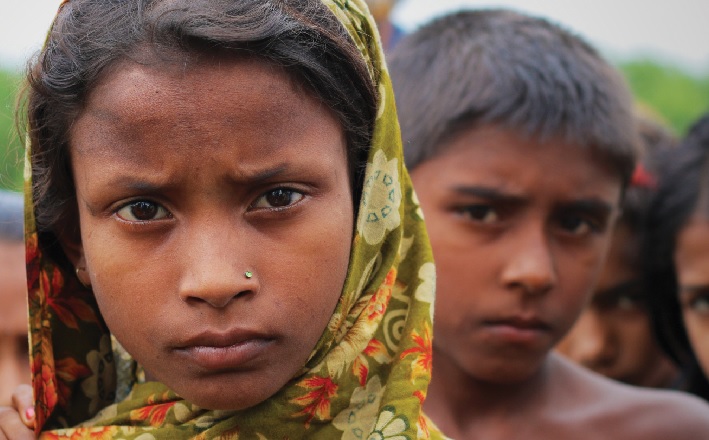 Photo by Adrien Taylor on Unsplash; licensed under CC0.

When I was in college, I studied abroad in a country where social and economic disparities were more immediately visible than what I had experienced living in the United States. The family I stayed with abroad could be considered middle class, living in a relatively nice apartment that never lacked running water, food, and amenities that provided comfort and entertainment. But just minutes from the apartment, I would encounter people begging on the streets for anything to help them and their families make it another day. I wanted to help but doing so seemed overwhelming as I considered that no matter what I did, it would do little to ultimately alleviate so many people’s daily suffering.

Then I started to notice one young girl in particular who I regularly saw digging in a dumpster for food. I had passed by her many times without ever interacting with her—perhaps a sign of my numbness to the suffering that had become the backdrop to daily life. But eventually, I started to see the girl in such a way that I could no longer ignore her immediate needs and began bringing food to share with her. Even if I could not change her larger life circumstances, I could do something. The stark contrasts I witnessed abroad taught me to see my own country differently, including the inequities and suffering that are perhaps less visible but should not, therefore, be ignored.

Clear contrasts also characterize the parable of the rich man and Lazarus that Jesus tells in Luke 16:19-31. The rich man is dressed like royalty and celebrates each day in style, presumably inside a home where he eats plentifully and lacks nothing materially. Outside, barely surviving in the margins of society, lies a poor man named Lazarus. He is so hungry that even crumbs from the rich man’s table would be satisfying. Perhaps illness left Lazarus in this vulnerable and dishonorable position, where dogs publicly lick his sores.

Consistent with the theme of divinely-enacted reversal that permeates Luke’s Gospel (e.g., 1:46-55; 4:16-30; 6:20-26), the realities of Lazarus and the rich man are inverted when they both die. Lazarus, who suffered miserably on earth, is carried by angels to be with Abraham while the rich man, who enjoyed the good life on earth, now experiences torment in the flames of Hades. Apparently, not even this unbearable suffering entirely disrupts this man’s sense of privilege, as he asks Abraham to send Lazarus as his servant to relieve his pain—precisely what he did not do for Lazarus during his life. It is, in fact, this man’s insensitivity both to the human suffering that was right outside of his home and to the words of Scripture, which unequivocally call for God’s people to take care of the poor and vulnerable (e.g., Exodus 22:21-22; Leviticus 19:9-10; Deuteronomy 14:28-29), that make his torment irreversible.

How are preachers and the communities they serve to engage this challenging text? What does it reveal about the preaching vocation and our common calling to Christian discipleship?

One thing this text does is powerfully call Christians to truly see the full humanity of all our neighbors in such a way that motivates action in solidarity with them that reflects the radical love of Christ. While we might initially be quick to judge the rich man’s apparently blatant disregard for Lazarus, considering the “gaps” in the parable can raise awareness of how we too might neglect the needs of our neighbors, however unconsciously. The text, for example, never explicitly states that the rich man actually encountered Lazarus at his gate. Did he know that Lazarus was there? If so, did he callously choose to neglect him or just assume that someone else would or should help him? Have any of us ever thought the same way?

The parable does not clarify such matters. But it does hold the rich man himself accountable for what he did not do for a suffering man outside of his front door. Even if he had literally seen Lazarus at some point, this did not lead to true recognition of him as one made in God’s image who was therefore worthy of care and inclusion in community.

Although this parable reflects Jesus’s general teaching in Luke that sharing one’s possessions is a mark of true discipleship, its focus on specific characters powerfully personalizes this call. It does not condemn the rich man for failing to use his wealth to care for every person in need. But it does hold him accountable to properly acknowledge and care for a particular person—Lazarus—who, for whatever reason, ended up on his doorstep.

Dear Working Preacher, as you prepare your sermon this week, I pray that God will give you vision to truly see the people in your congregation and community, as well as how God calls you to comfort, exhort, and challenge them to Christ-like service. This text is a wake-up call from the complacency towards others’ needs and suffering that can settle into even the most faithful Christian communities, especially in a struggling economy where prices are high and many people feel burnt out personally and professionally from the ongoing effects of the COVID pandemic.

But the text also speaks a word of promise and hope that we, like Luke’s audience, have already received the gifts of Scripture and of the crucified and resurrected Christ. We have already been made rich in Christ, who is God’s gift of tangible, unconditional love to us. This gift, through the Holy Spirit, refreshes and empowers you and your congregation to care for each other and give generously to the community in various ways—even when resources, time, or energy are lacking. You and your faith community may not be able to meet all the pressing needs of the world. But God calls and equips you to be the provision that someone in your path needs.

May God give you renewed vision to see God’s abundance amidst narratives of scarcity and your neighbor as one for whom Christ died, despite the many ways in which you may differ or disagree. Be attentive to the unexpected encounters and experiences this week that may impact both you and your sermon. And may your preaching inspire others to see just one person this week that they will be compelled to touch with the care of the risen Christ.