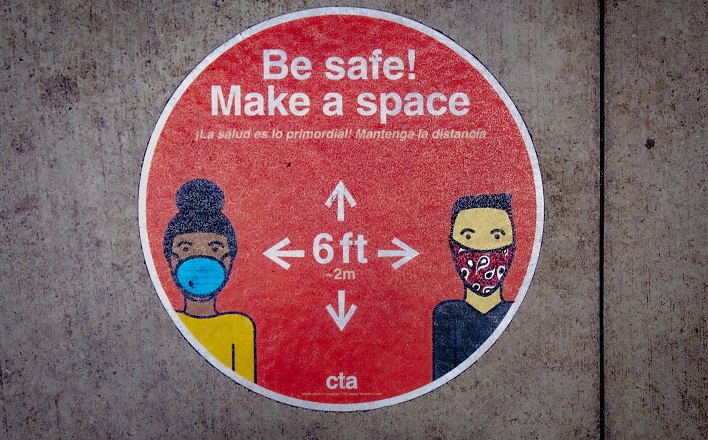 Photo by Elizabeth McDaniel on Unsplash; licensed under CC0.

We’ve talked so much over the last eighteen months about our bodies: how they work, the pathogens they carry, and how they might become infected or infect other bodies. We’ve considered in new ways what it means to be healthy (for not every body that falls prey to the covid virus experiences it in the same way) and what it means to understand each individual’s personal health as intertwined with society’s public health. We are intricately connected to one another. Each of us carries within us a biological capacity to spread great harm among our neighbors. We can promote one another’s healing, too.

Working Preachers, you’ve always had a front-row seat to watch those realities, even before the pandemic arrived. Separate from the hazards of human biology, you’ve observed public health in terms of human behavior. Just as no one exists alone, no one’s actions are totally free from public consequences. You know how transgression and redemption work. You’ve seen the wake of devastation a single sinner can create within a family or a community; likewise you know a culture of healing can arise from even one courageous instance of reconciliation. As those things go, you’ve always been a bit of an expert in public health, at least its spiritual dimensions.

Now, however, you realize you were just getting started on your education in public health. Probably no seminary courses taught you what the terms positivity rate, viral load, and basic reproduction number mean. Undoubtedly you’ve sat through intense meetings with your congregation to contemplate questions of public health’s implications for spiritual health. You’ve considered how much danger a few infected bodies in the sanctuary could pose and weighed that against the isolation and dislocation that are dragging down individuals who really need to be in the presence of other saints. Perhaps people have yelled at you, left for another fellowship, or puerilely flouted rules your congregation put in place to protect as many people as possible. What a terrible time.

This week, if you’re preaching on Mark 7, you get to consider bodies and their potential to suffer and cause harm, but from a different angle. Jesus asks us, in a conversation with a group of Pharisees and scribes that begins with consideration of legal matters, to stay focused on the things that make for humanity’s wellbeing. That’s all the more important because it’s human beings who tend to be their own worst enemies when it comes to wellbeing. Jesus knows the damage a body can inflict in communal settings. But that’s the point that concludes the scene. Where everything gets started is when he chides his conversation partners for elevating traditions (like handwashing) over commandments. Then he turns the conversation to say that if we’re really interested in protecting ourselves then we’ll pay heed to the destructive potential of moral impurity, which dwells within all of us, waiting to unleash calamity.

It goes like this: Jesus throughout Mark shows deep regard for Levitical claims concerning ritual impurity (which pertains to certain skin diseases, genital discharges, and corpses). In Mark 7, he is unwilling to add unclean hands to that list of ritual defilers, because Torah does not. But he does want everyone to remember the power of a different kind of impurity—moral impurity. Jesus knows that, according to Torah, to contract ritual impurity is not the same as sinning; specific procedures, water, and time bring ritual renewal (see Leviticus 1-16). Moral impurity, however, sticks around; it manifests itself as sin (see Leviticus 17-27).1 You don’t breathe it in or swallow it. It’s already there in the body, furiously replicating. Acting on it become defiling, because of the damage it can do (as seen in the examples of community-afflicting sins Jesus cites in Mark 7:21-23).

The question of unwashed hands isn’t exactly an issue of public health. The initial query isn’t put to Jesus because other teachers are trying to prevent folks from contracting a physical illness. But when Jesus redirects the conversation, he is doing more than making an argument about traditions. Torah, and trespasses; he is noting his grave concern about the agents that threaten people’s wellbeing—namely, people themselves.

In that regard, he’s very much a preacher. A preacher’s job is often to call, “Watch out!” and to point out dangers that lurk undetected. It’s not always the most enjoyable aspect of preaching, but you do it because you—like Jesus—are alert to the public consequences of sin.

This is a difficult passage to preach. No one should enjoy telling people they are sinful. We do it because we care about sin’s effects and its capacity to hurt others.

We do it because it’s usually difficult to take first steps toward healing without first understanding and owning up to what’s wrong.

We do it because we all need to be reminded of our capacity to harm others.

There are numerous forces in the world that hurt other people, whether those others are innocent victims or deliberate co-conspirators. Pandemics and selfish jackasses do damage, as we continue to learn. You and I do, too, as our own preachers need to remind us over and over.

It’s not the preacher’s job to eradicate all the threats, since we cannot. But we are called to expose and interpret the threats. We’re called to tell the truth, even when it’s unpopular, about disease and corruption. (I’m thinking mostly about moral corruption, but I’d also like to see more congregations take the lead in publicly promoting all forms of health.) Good preaching also inspires people to pick up the pieces and rebuild after the damage is done, so that God’s promised redemption and recuperation can begin.

Working Preachers, thank you for all you to do to proclaim a gospel of healing. Your work matters.