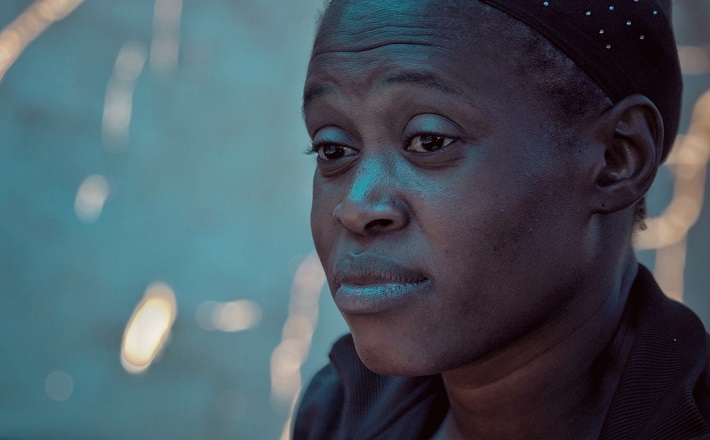 Photo by Zach Vessels on Unsplash; licensed under CC0.

I have been married to a pastor—or pastor-in-training, at first—for nearly 20 years. In that role, I feel a lot of sympathy for Job’s wife and her hermeneutic of suspicion.

Let me be clear from the outset: I do not attribute to pastors either the unflagging righteousness or the extreme suffering that Job experiences. Rather, I am drawn to Job’s wife’s willingness to name the suffering she sees and to question aloud both Job’s response to it and, implicitly, God’s role in it.

The partners of Working Preachers spend a lot of time proximate to suffering. Often this is the suffering of other people, whose emotional burdens the preacher shares and whose heartaches animate the preacher’s prayers. Sometimes this is the suffering of the preacher, who might neglect their own mental or physical health in service of their vocation. And occasionally the suffering is borne by the partner, particularly in times of church conflict. When a preacher is unappreciated, underpaid, belittled, or attacked, the partner can often feel that injustice just as or more deeply, harboring their own anger toward the church and even toward God.

What was it like for Job’s wife, grieving the losses of their children, terrified by the disappearance of their livelihood, watching Job’s body be eaten up by sores, and witnessing him nonetheless “persist in [his] integrity”? “Integrity” is a nice translation of the word tummah here, which is related to the root for “wholeness” or “completeness.” Job is utterly broken, and yet he still persists in wholeness in his relationship to God—the very source of his suffering. The adversary (ha-satan) may have done the violence, but God both consented to it and called the adversary’s attention to Job in the first place (Job 1:8).

When Job’s friends show up, they largely focus on the idea that Job must have done something wrong for this suffering to have befallen him. But Job’s wife has seen it all unfold. She does not doubt his righteousness; she marvels at it. When she asks, “Do you still persist in your integrity?” I hear some scorn, yes, but also wonder (Job 2:9). After all, she herself has not been untouched by this anthropological experiment God and the adversary have going on, and she is powerless to offer her husband relief. Death would seem to be the only way out. How could Job keep going? What kind of God is this to whom Job has committed himself?

The Hebrew phrase Job’s wife utters is literally “Bless God and die.” The same verb, brk (bless), also appears at 1:11 and 2:5 when the adversary expects Job will turn against God and curse him. The Masoretes, the keepers of the textual tradition, did not allow the words “curse God” to appear, so there are several places in the Hebrew Bible where “bless” is substituted euphemistically for “curse.” Nevertheless, the usage is ambiguous here. The possibility remains that the speech of Job’s wife was original, not a substitution, and so we are left to wonder how we might evaluate her differently if she says one verb rather than the other.

This week the semi-continuous track of the Revised Common Lectionary offers Job 1:1 and 2:1-10 for the Old Testament lesson, whereas the thematic track suggests Genesis 2:18-24. It was only in reading these two texts together that it ever occurred to me to ask, “Was Job’s wife ‘an help meet for him?’”1

I say, “Yes, absolutely. Job’s wife was a fitting partner for him.” She sees him, knows him, and suffers alongside him. She holds on to doubt, skepticism, and righteous indignation, freeing him to testify to his integrity. She may be pious, instructing him to bless God and then find relief from his suffering in death. Or she may be raging against the God who has allowed these afflictions upon her husband. In either case, she understands what the friends do not: that Job has not brought this suffering upon himself, and that indeed God bears responsibility for it. She asks hard questions, challenging Job to explain how he could go on this way.2 When he responds, his testimony on behalf of his God is stronger, not weaker. Job’s wife is there through Job’s devastation and is, we can presume, still there at his restoration, beginning life over again with him.

The author of Ecclesiastes reminds us that “Two are better than one; they have a good reward for their toil” (Ecclesiastes 4:9). There is a lot of toil involved in being a Working Preacher. Companionship in that work—be it through colleagues or friends, through partnership or marriage—is a joyous gift. “For if they fall, one will lift the other up” (Ecclesiastes 4:10). If one doubts, the other may testify. If one suffers, the other may witness. Thanks be to God for all the people in our lives who help us persist in our integrity, even in the most difficult days.