Not Peace but a Sword 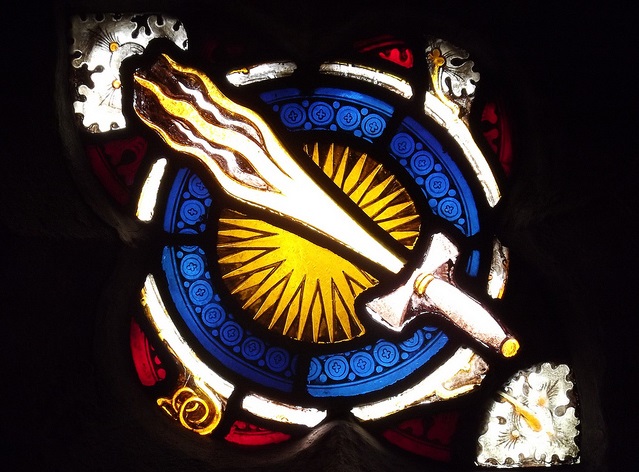 Because when you are called to speak your truth, stand up for what you believe, a serene and untroubled reception is not always the result. Or, in the words of Angie Thomas, “Sometimes you can do everything right and things will still go wrong. The key is to never stop doing right.”

This is Jesus’ truthtelling at its best. No sugarcoating. Because when you stand up and speak out for what you believe, people start falling away.

Believing in Jesus — really believing in what Jesus says, what Jesus stands for, and then admitting it — is risky business. Relationships will change. Relationships could very well end. That is, in part, what Jesus is saying. When you stand up for what you believe? Nothing will be the same. Ever again. Anticipate being unfriended. Unfollowed. Tried and trolled.

I am sure you can recall several relationships that have been altered because of your calling, because of sharing, finally, what you believe in, what you will be known to stand up for. Because of how you interpret Scripture. Because of those for whom you are an ally, an advocate.

Women in ministry have to decide whether or not to tell the truth about sexism, knowing that in naming this truth, relationships will likely have to be adjusted, even severed.

LGBTQ persons have to decide whether or not to be true to themselves in order to get a call or stay hidden a little longer until the church finally, if ever, catches up to the principles and policies that it supposedly endorses.

Persons of color have to decide whether or not they name, once again, their fear of a country in which systemic racism continues to be validated.

White people have to decide if they will finally not just tell the truth about their privilege, but atone for it — if they will stop assuming that saying sorry is enough.

The church has to decide whether or not it will actually tell the truth of the Gospel — the Gospel that brings true peace to those who suffer, to those in need of healing, to those marginalized, to those demonized, to those oppressed; God’s true peace, realized and known in gladness and joy, fulfillment and contentedness, happiness and blessedness.

Or, will the church, out of a fear of rocking the proverbial boat, out of a fear of death, maintain mediocrity, perpetuate its own privilege, and stay silent. When pushed toward God’s peace, I am not sure the church really believes in an empty tomb, the reality of the resurrection, and that the Kingdom of Heaven can happen here and now. Far too long, we have played it safe, passing over this verse as if Jesus was just in one of his hyperbolic states.

But we know preachers, and we need to preach, that even when we give voice to the words of the Psalmist, “I have become a stranger to my kindred, an alien to my mother’s children. You know the insults I receive, and my shame and dishonor; my foes are all known to you. Insults have broken my heart, so that I am in despair. It is zeal for your house that has consumed me; the insults of those who insult you have fallen on me. When I humbled my soul with fasting, they insulted me for doing so. When I made sackcloth my clothing, I became a byword to them. I am the subject of gossip for those who sit in the gate, and the drunkards make songs about me,” God’s true peace will come and allow us to, “praise the name of God with a song and magnify God with thanksgiving” (Psalm 69:8; 19-20; 9-12; 30).

When you preach peace, Dear Working Preachers, expect a sword. Because God’s peace expects justice. God’s peace asks for righteousness. God’s peace demands value for and regard of all. And God’s peace is what will save us all.