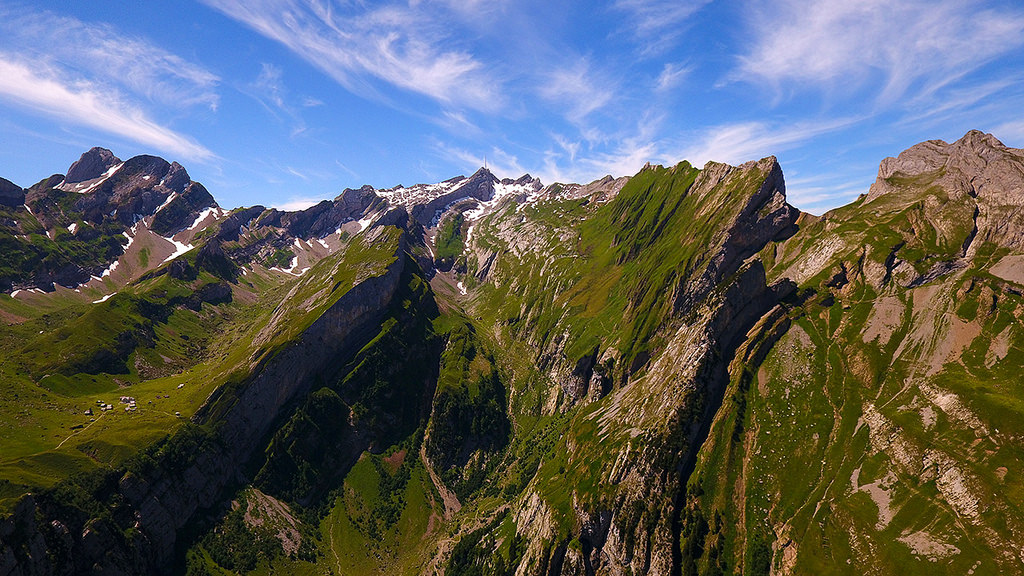 "God's Deeds Fill the Vast expanse of the Universe," Image by Seth Drum via Flickr, Licensed under CC BY-NC-ND 2.0

I suspect that many of us might be a bit weary of Matthew by now. And to be honest, I thought I would be as well. But I have had a change of heart these past few months about the first Gospel. Not enough to woo me away permanently from my first love, John — the Gospel, that is — but enough to come to believe that Matthew is just about the perfect Gospel for our time and place.

Why? Because Matthew just won’t let righteousness and justice go — not for a minute, not for a second. As soon as we get comfortable or complacent in our preaching and in our teaching; as soon as we think our voice cannot be heard or that it will be silenced anyway; as soon as we think resistance is futile; as soon as we think marches don’t matter; as soon as we think our phone calls to our representatives and senators will only end up in a voicemail box; as soon as we assume racism and sexism, xenophobia and homophobia are so systemic that our efforts to speak up and speak out won’t be of importance, Matthew comes along and reminds us that persistence is the hallmark of the Kingdom of Heaven. Dear Working Preachers, Matthew has been a good homiletical companion for us in these days that challenge the very definition of the Gospel itself.

Because as soon as we think that the power of God has been usurped by the powers of this world, as soon as so-called leaders show up to test our trust in God’s sovereignty, as soon as we start to doubt that we can make a difference, Matthew reminds us that the beginning of wisdom is the fear of the Lord. And Jesus reminds us that what we think does not deter the determination of God to bring to bear blessedness for the meek, the persecuted, and the poor in spirit.

The sovereignty of God is easily pushed to the periphery of our minds these days. Or perhaps it’s a convenient lapse in memory when you are busy securing your own power and your own control. After all, there are so many people playing God, speaking for God, deciding for God that trusting in God’s rule and looking for God’s reign take a lot more effort than before. Yet, it is ever so important that we do.

Eager to put their heads on coins if they could, or in my context, on the thousand-dollar bill, these counterfeit gods, these unabashed and unashamed idols, these empire-hungry rulers have absolutely no belief in God’s sovereignty. If they did, their power would look nothing like it does. Because when you have faith in God’s all-encompassing rule, then your rule is inherently different. You begin to believe that believing in God’s sovereignty might just very well cause a power shift. You cannot claim that God has all authority and then act as if you actually have it all. That is hypocrisy at its best — or its worst.

The problem is most don’t act or live as if God’s sovereignty indeed is true. And I am not so sure we pastor or preach as if we believe it either. Too much of ministry is hedging our bets, casting our loyalty towards those persons and things to whom and to which we have acquiesced influence and voice. As a result, the church and its institutions ask the kinds of questions asked of Jesus in this story, thereby missing the point entirely.

That’s the other side of this interchange. Not only do we not believe Jesus’ answer, but we persist in asking questions that beg loyalty from our people rather than proclaim the truth of God’s loyalty. Our people don’t need to be given a choice, to be called on the carpet for mixed allegiances. They don’t need to be blamed or shamed for not living up to standards that assume their own ultimate capabilities. They don’t need to be tested or baited into a trap to choose Caesar or God. They need to be told, in no uncertain terms, that God’s sovereignty is never in question, even though it might appear that way.

They need to be told that this is not easy and will not be easy to confess. Ploys to persuade us of power without empathy are everywhere. Cons to convince us that control without compassion are just an encounter away. Ruses to snare us into thinking that God’s sovereignty is in question are constant.

Yet, at the heart of Jesus’ response to those who would test his loyalties is a rather simple but subversive sermon — God’s sovereignty is not a choice but a truth. It is not a question of loyalty, but a statement of reality.

That’s a sermon worth preaching again.