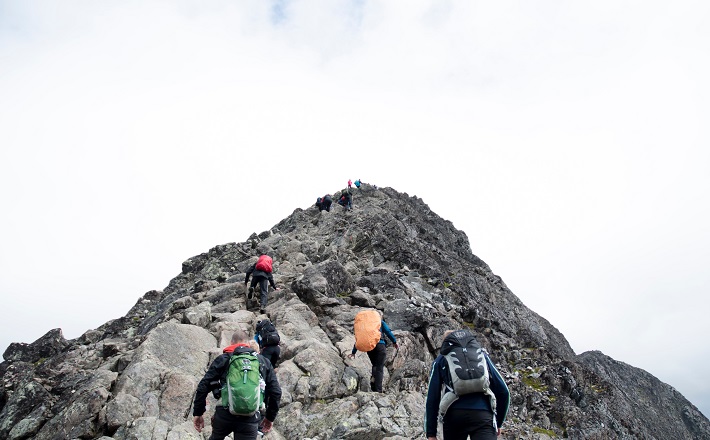 Photo by Mathias Jensen on Unsplash; licensed under CC0.

Have you wondered why the Bible keeps returning to criticize bad leaders and warn about the perils of living in leaderless circumstances? Consider just a few glaring examples:

The prevalence of those scriptural rebukes stems in part from the fact that most biblical literature issues a minority report on the world and the norms that influence a society’s state of affairs. The lion’s share of biblical testimony is written by, or reflects the outlook of, people who consider themselves largely unable to exert sociopolitical leverage or bring about widespread change. Biblical authors hold to an alternate view of the world that most of their contemporaries reject. So they complain.

There’s more to it than the complaints of the powerless, however. Among the many factors that contribute to the Bible’s criticisms of leadership is a deep concern about the danger that festers when a people—whether a nation, a community, a congregation, or a family—have no shared vision, no commitment to common values, no concern for neighbors, no basis for trusting others, or no confidence that anyone’s individual contributions make a difference.

It’s not that the Bible, generally speaking, wants to install a specific form of leadership. Christian scripture is, rather, very interested in promoting a quality of leadership and raising alarms when that quality is missing.

The quality I have in mind is leadership that fosters a thriving, life-giving community. The Bible has no patience for leaders who are not committed to empowering, affirming, and liberating the people they lead.

When that quality is lacking, folks have to deal with much more than discouragement, aimlessness, and conflict. The truth is people suffer in their bodies and souls because of leaders who are predatory, arrogant, domineering, careless, inept, or absent. Those who suffer most are powerless people, vulnerable people, poor people, trusting people, and scapegoats. Those are, of course, the very kinds of people that the Bible also tells us reside closest to the heart of God.

The bad leaders among us rarely present themselves as stereotypical dastardly villains They are harder to spot. The church’s desperate need for effective leadership—any leadership—keeps the cravenness of many leaders hidden. Pressure to maintain bourgeois respectability provides camouflage for suffocating mediocrity among too many church leaders. The damage is not easily undone.

So what does all of this mean for you, Working Preachers? What does it mean this week, when we read of Jesus’ visceral compassion for people doomed to slog through their days as “sheep without a shepherd” (Mark 6:34; see also Numbers 27:17; 2 Chronicles 18:16)?

One thing I believe it means is that this is a good week to recommit yourself, as a preacher, to your calling to be a leader. Preaching is more than biblical interpretation, more than prophecy, and more than spreading good news. It’s also an act of leadership that seeks to empower, motivate, and focus a congregation, urging attentiveness to the presence of the Holy Spirit among them. Never minimize the influence you have during those vital minutes when you speak.

If your leadership in the pulpit is to be informed by biblical testimony, then it must recognize the inherent dignity of the sermon’s audience. It must summon them all into meaningful participation in the delight, mystery, and work that comes with inclusion within God’s emerging reign.

Who in your life has led you to make that discovery for yourself, to know your belonging in God’s embrace of the world? How will their example motivate you to do similarly for others? Consider your role models. Be conscious of whom you imitate when you lead.

A second thing for preachers to ponder this week is Jesus’ own leadership style. What we read about people approaching Jesus in Mark 6:53-56 is consistent with his overall portrait in all the Gospels: he is not actively recruiting followers; people come to him. He’s magnetic, not just because he provides healing, but because he restores people.

Jesus refuses to lead with the time-honored tools of domination, intimidation, manipulation, or prevarication. The people who flock to him have been discarded, plundered, and denied dignity by their superiors. With him they experience the opposite.

Odds are your rhetorical mettle and theological insights aren’t going to cure the sick or make damaged bodies whole. But you can still use your sermons to lead in the manner that Jesus led. In fact, there’s no other way you can lead the people who look to you, if you claim to be Jesus’ follower.

This week, you’re the right person for the job. Thanks be to God, who accompanies you through all the work that goes into the task.