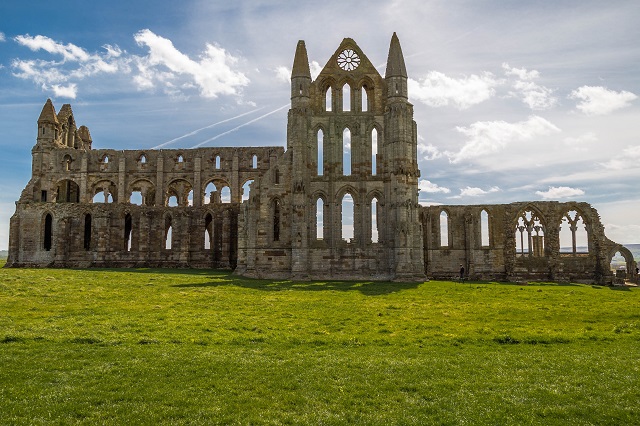 Photo by Stefan Siegel on Unsplash; licensed under CC0.

The last time I contributed a “Dear Working Preacher” column, I insisted that sermons have to set people free.

Consider Matthew’s account of the Parable of the Wicked Tenants and Isaiah’s Song of the Vineyard. These related passages are very evocative and full of poignant details for pulpit storytellers to put to imaginative use. But the point of both texts is to deliver stinging indictments.

Still, don’t take shortcuts. Liberators know that sometimes you have to convince people who need to be set free that they are in captivity in the first place. Indictments can help.

It is difficult for many of us to preach texts like these. Most Working Preachers prefer binding up wounds over doing new damage. So how might we go about preaching difficult words this week in constructive and truthful ways? I have three suggestions.

First, especially with these passages, don’t stray away from specifics.

Remember that both of these texts describe stern indictments issued to specific people who had specific roles in specific contexts at specific times in ancient history. The texts come from traumatized authors who were attempting to make theological sense of fresh and real historical tragedies. They aren’t abstract promises of judgment urging us to talk about evil and godlessness as concepts. Don’t ignore their particularity, and don’t manipulate their subject matter to make them serve your own ends.

The specificity draws us into the historical contexts behind the texts, which helps us consider perspectives beyond our own, so we might better come to acknowledge the specific things in our lives that would indict us. The parable in Matthew describes a refusal to embrace the accountability that God demands and an arrogant disregard for divine authority. The wider Matthean context suggests also that self-serving and self-enriching religious leadership contributes to the problem that Jesus opposes. Isaiah’s love song characterizes its indictment as the consequence of a failed love story. The wider Isaianic context indicates that part of God’s heartbreak comes from people’s willingness to trample upon the powerless if that’s what it takes to secure their own comfort. What, exactly, do these sins look like now, where you live?

The people who were the specific targets of the two biblical indictments are long gone, but preachers can name how sins reincarnate themselves in our hearts and systems. Like these prophets—Isaiah and Jesus—use your creativity and know your audience. Avoid generalizations. Vague and intangible references to “greed,” “rebellion,” “misogyny,” “injustice,” and “hardheartedness” rarely find a place to land and settle in. Only particularity sticks. Indictments that can’t latch on have no effect and thus no power to produce change.

Second, don’t stray away from an indictment’s power to lead to confession and confession’s power to reorient us.

In other words, don’t treat the act of confession and the act of hearing the sermon as separate, disconnected liturgical elements. These biblical passages involve speakers trying to reveal the truth to audiences who can’t discern it through their usual ways of perceiving. Likewise, we need help in learning to confess together and to see how confession is usually the first step in living into the Bible’s demands for faithfulness, justice, and mercy.

Confession is about declaring a mutually-agreed-upon understanding. It is a shared admission. Confession is a decision to leave denial behind and embrace the truth about ourselves as individuals and as groups. No wonder it’s so hard to do. It’s easier to have someone do that work for us, assuming we’re even willing to admit that such work is necessary.

A sermon on one or both of these biblical passages might offer opportunities for people to sit with what the texts name and reveal in our contemporary hearing. Anticipate what congregation members are to do with what they come to perceive, if the sermon succeeds in shining light from a new, revelatory angle. You might want to revisit the prayer of confession, if your tradition employs one, as part of the sermon and consider the wisdom of why we pray those words together, as a community formed in Christ.

When we confess in response to indictment, we discover the power that resides in naming the specific things that we need to escape from, heal from, or dismantle.

We have to take time with indictments, especially when they are—like Jesus’ and Isaiah’s—about abusive power and indifference toward the marginalized. The church cannot complain about those wrongs to the wider world until we have first committed ourselves to reckon with them in our own beliefs and practices.

Third, don’t stray away from graciousness and respect.

Confessing and naming the truth together sound great in theory, but agreeing about the truth is more than a little challenging in the current social landscape. Discourse among people of faith feels increasingly indistinguishable from what occurs in the wider culture. Rage, disdain, and accusation seem to be crouching around every corner, and irritable self-assurance is so much easier to muster than empathy. Empathy makes us vulnerable, after all. And vulnerability feels too precarious when our days are so dangerous.

These two texts go out of their way to emphasize loss and the disappointment of wasted opportunities. Working Preachers who have liberation on their minds will be careful to help congregations remember that God has a penchant for rebuilding what was once torn down.

That line about the rejected stone that finally becomes the cornerstone? It’s usually interpreted as a reference to Jesus. But I also see it as an apt description of church when we’re willing to face the truth of our own complicities, to acknowledge our flaws with unvarnished honesty, to be willing to undergo brokenness … and then to be remade.

That’s the deliverance waiting beyond the indictments and confession: a church refashioned into a living expression of the new life that God constructs. A free-standing building, constructed one stone at a time.