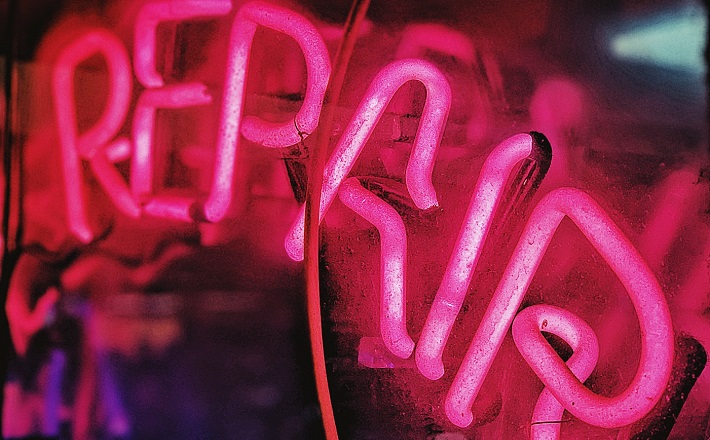 Photo by Jon Tyson on Unsplash; licensed under CC0.

Too often John the Baptist is treated like a problem to solve. Preachers feel pressure to apologize for his strangeness, his divisiveness, and his threats. Longstanding anti-Jewish tropes and ahistorical caricatures about so-called works-righteousness fuel a lot of Protestants’ dismissive attitudes toward John. John’s modern critics worry that he reduces the good news to a story about moral effort.

Especially now, as Year A is rolling out of the gate and Advent provokes the question of why God sends a Messiah in the first place, it’s vital that we pay attention to John’s preaching in Matthew 3:1-12. John’s words contribute to how we should understand Matthew’s Gospel in particular and the Christian gospel in general. In introducing John, Matthew orients us to the story to come: it will be a story of repair.

Confession and repentance loom large in John’s prophetic lexicon. John knows no one can repair things without first conducting a thorough exploration of what’s wrong. John insists on truth-telling. When Matthew’s story progresses, taking us beyond John’s preaching and into Jesus’, we will come to see that certain ugly truths about all of us need to be laid bare right away. These are the truths that consign certain people to dehumanizing misery; the truths that make religious commitment onerous, or even just blandly predictable and joyless; and the truths that feed our proclivity to trade astonishment and generosity for power and privilege. This Gospel despises hypocrisy, precisely because it sees what it does to innocent people and people whose ability to trust God is shaky.

The details about all of those troubles, and how Jesus will address them, lie ahead of us in the  narrative. At this point in the story, awaiting the public arrival (or Advent) of the Messiah, John expresses dismay about a broken society and its complicit authority figures. More plainly, John looks to the horizon and sees a sorting in the future. (What else would you expect from Elijah redivivus? See also Matthew 11:14 and 1 Kings 18:21.) John of the Wilderness aligns himself with the people who bear scars from cruel and predatory systems. He and they know that those kinds of environments never heal on their own.

Truth-telling will entail division, at least at these stages of God’s repair process. So it’s time to take sides. John’s not the voice of the morality police; he’s more like a community organizer.

John’s preaching should compel us preachers to reflect on how Advent dissatisfaction and longing should steer the church toward truth-telling. That means confessing wrongs and brokenness, as well as a repentant reassessment of the ways we spurn God’s vision for human flourishing. The tiny flames we kindle on Advent wreaths shine light into the wider world, yes; but first they should illumine the reflections of us religious people and our institutions when we peer into the mirror John holds before us.

Using only this Sunday’s Gospel text you can’t answer the question of why John is so concerned and why John foresees a reckoning coming down the tracks. To do that, we need to lean on our wider perspectives on Matthew’s Gospel as a whole. Read ahead, and use your imagination. What you’ll discover, I believe, is that John keenly senses the suffering that results from religious and moral apathy. (Next Sunday we’ll read that John carries that kind of suffering in his own self, too.)

John doesn’t baptize people to make them feel bad—or good—about themselves. Once again, he’s enlisting people in a cause. He’s not getting your heart ready for Jesus to dwell in it; he’s telling you it’s time to have the heart to take a stand and follow the way of Jesus. The magi of Matthew 2 learned that in a hurry; right after laying down their gifts they had to choose sides. We’ll get a more vivid picture of where Jesus’ way leads us once the Sermon on the Mount is underway in Matthew 5.

Our response to John’s preaching, Working Preachers, is not necessarily to preach just like him. It’s to help a congregation discover that the process of Divine repair runs through them. That will mean different things to different people, of course. A preacher does not have to prescribe the details of the experience. (After all, most people have a good sense of what they will see when they examine themselves.) But a preacher needs to create the space for that and offer the encouragement.

A preacher bears the responsibility of discerning particular perspectives and priorities when it comes to thinking about how a congregation commits itself to being a place of repair. Chances are that you and your congregation already have a sense of what’s crying out for repair. John’s (and Jesus’) language about judgment and sorting can make the conversation rough, for their rhetoric is difficult to navigate, especially when the theological grammar envisions just two categories, like wheat and chaff. But that language’s greater power resides in its capacity to call each of us to align oneself (and a congregation) with Jesus and his righteous cause. It’s not just warning; it’s invitation.

The coming of Jesus promises to result in a security like Isaiah 11 imagines, a harmony like Psalm 72 imagines, and a unity like Romans 15 imagines. Your Advent preaching can stirs us up with the promise that those things are not far down the road. That implies a complementary declaration, too: that God’s apparent patience with people, systems, ideas, policies, and theologies that are predatory, unjust, and mean should not lead anyone to assume that God will let them stay as they are.

Better for us to start preparing for the way now, rather than later.