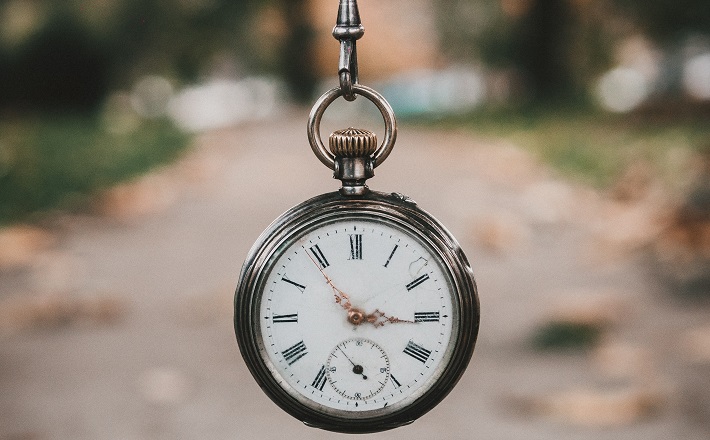 Photo by Andrik Langfield on Unsplash; licensed under CC0.

What makes biblical preaching so powerful (and sometimes so controversial) is its capacity to reconfigure a congregation’s perceptions. A person who preaches the gospel of Jesus Christ urges their audience to adopt an alternate view of reality. A biblical sermon calls for embracing a set of values and standards that seem unconventional, finding one’s life through losing it, and absorbing incarnational mysteries. Most people have been thoroughly conditioned to resist that kind of rewiring of their perspectives. Plus, not only is it thoroughly peculiar to live with a gospel imagination, usually it’s also risky.

One of the risks is disappointment and frustration. When the incarcerated John the Baptist sends a question to Jesus via emissaries in Matthew 11:2-11, we aren’t witnessing a lack of imagination but rather a restless one. Or maybe it’s just misdirected. John’s expectations—and his own eagerness to participate in God’s work—can’t bear the weight of his own suffering and his impatience.

I suspect a lot of preachers can relate to John’s troubled state. I know a lot of them whose enthusiasm feels bound by restrictive circumstances they did not choose. They’ve been under the impression they signed up to be part of the action, not stuck in a box.

Christianity is, at root, an Advent religion. That is, our theology situates us in a cleft where promise and fulfillment don’t quite meet. Our experiences situate us there, too, as people keenly aware that our institutions are full of prejudices but resistant to healing. And yet we stick to a different narrative, a hopeful narrative. We don’t believe God leaves the world to its own pernicious and violent devices. We never stop expecting new life to break onto the scene. We have work to do, but we simultaneously recognize it as God’s work done on God’s terms. We try to live in a peculiar combination of patience and urgency. Different New Testament authors characterize our sense of “in-betweenness” in different ways; the variety in our scriptures respects the nebulousness of our circumstances.

Every year the season of Advent helps us focalize and admit to this perpetual disquieted Advent feeling. The season—along with the scriptures we read—urges us to soak up Divine wonder while it simultaneously refuses to ignore the frustration that can result from waiting on God. Whoever said that faith was a ticket to an untroubled life?

Working Preachers, this week allows you to ponder: how do you address impatience? I’m sure you have some of your own, but I am asking about how you provoke and calm the impatience simmering within your congregation. Where do you direct people’s attention when you preach about the good news? What frustrations do you acknowledge? How do you tell people, “Not just yet” or, “It’s about time.”

When John’s question—“Are we to wait for another?”—reaches Jesus, his response dwells on ways a new reality is breaking through in his ministry. John still remains locked up, tyrants and misers are not yet fleeing to the hills, and a new age of righteousness has certainly not arrived. Nothing that grandiose. But Jesus’ response points to deliverance taking place one person at a time. If Jesus were to name the specific people he has in mind when he speaks about those who are (were) without sight, immobilized, diseased, deaf, deceased, and poor, John might have to confess he has no idea who those individuals are. But the changed lives of these people known to Jesus evidence a new thing taking place. John’s going to have to take Jesus’ word for it.

Sermons, especially accumulated over time, train people to steer their perception in certain directions. Where do you point your congregation? What counts, for you and for them, as evidence of God’s work among us? What if that evidence isn’t grandiose, but still real? If people have to take your word for it, what’s your word?

The season of Advent leads us in the end to bask in the wonder of the first Christmas in Bethlehem. The Christian experience of perpetual, lifelong Advent requires us to keep interpreting the times and detecting signs of God’s reign lighting the way like small candles in a nighttime landscape. Your preaching is a weekly opportunity for that kind of interpreting. What would you say to John?

Preaching that interprets our reality and names our frustrations is a prophetic act, especially when the preacher’s prophetic imagination addresses a particular community and its own theological perceptions.

In that regard, the book of James is helpful to preachers when, in 5:10, it links the experience of patient suffering with the lives of the prophets. John the Baptist belonged to their number: a prophet silenced by a political leader who had too much invested in keeping things exactly the way they are. Notice that James doesn’t commend prophets for remaining calm or enduring suffering in peace; the focus is on their vocation to speak “in the name of the Lord.”

The prophets reoriented imagination; at least they tried to, and their words and deeds still do. We preachers often admire prophets because they dream big, but remember that the prophets also knew that little things can carry big, outsize significance if we learn to look at them the right way.

Preach like a prophet, Working Preachers: tell the truth; imagine new ways of being in community; show people where Jesus is, even beyond the manger. Advent requires that kind of (re)orientation, because Advent is an acknowledgement that the reign of God is pulling us into something new, strange, and wonderful, even if we aren’t always sure about how that’s happening and when we’re going to get there.

Until that time comes, the church carries on in one unending Advent existence, bearing witness to a Messiah who has more stories to tell than we know about.