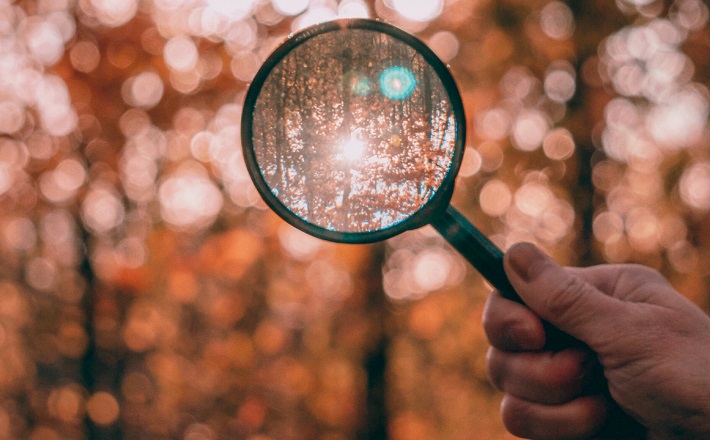 I don’t know who first thought of it, but it’s a stroke of genius and spiritual insight to begin Advent each year with a Gospel text that pulses with apocalyptic intensity. I know apocalyptic theology bestows a lot of problematic baggage on us, but there’s no point in pretending it’s not the driving force behind a distinctively Christian imagination. Moreover, the apocalyptic ground from which Christianity sprouted makes Incarnation such a far-reaching, world-shattering thing.

The lectionary ensures we begin every church year with notable candidness, owning up to our original dreams. That doesn’t make life easy for preachers (let the reader understand), but it makes us admit in this in public: Christian faith is propelled by an energy that can be experienced as powerfully subversive, starkly discomforting, and exhausting to maintain. Sing the soothing Veni, veni, Emmanuel all you want, but never forget that it, too, is talking about a revolution.

My point goes beyond calling us to either ancient historical anxiousness or abrasive theological edginess for its own sake. Rather, let’s recognize that Christian faith finds its roots in a (Jewish) sense of profound dissatisfaction combined with a (Jewish) view of God’s unquestionable faithfulness, particularly toward those who suffer.

Advent’s focus on Divine arrival(s) situates us in the middle of promises. Those promises entice us, but as the years accumulate—and as indignities escalate all around us—the promises leave us wondering how and when God will ever usher us to fulfillment. It’s easier to go through life in a kind of passive denial, treading water instead of expending more effort in joining others who want to swim hard toward shore. And then Matthew 24:36-44 arrives, in all its apocalyptic brashness, with Jesus begging his friends to stay ready for the tides to turn. Put positively, Jesus’ focus is entirely about active anticipation. Put negatively, the passage shrieks about the dangers of choosing resignation and self-confidence as acceptable ways to live a life dedicated to righteousness.

Jesus’ urgency is fitting this week, since Advent’s entire duration means to invigorate our yearnings for fulfillment. Those yearnings easily grow shy and discouraged when left untended. A Gospel text like the one before us this week gives preachers the opportunity to explore how Jesus’ gravity might expose our dissatisfaction with the human condition (or with one’s own life). The same gravity can make us admit to a nagging sensation that hope is losing ground all around us. Who finds it useful to live with the urgency Jesus commends? People who are scared do (and a preacher should fess up to how Christians have terrorized people with this text). But people who are tired of waiting so long and fed up with religious posturing also can live that way.

Apocalyptic intensity is an expression of discontent. As theological way of viewing the world, it arises from the struggle that people of faith experience as they navigate what J. Christiaan Beker describes as “the discrepancy between what is and what should be.”1

Too many contemporary congregations have grown too comfortable with “what is,” both within and beyond their walls. More troubling, there are congregations who think that soaking up and exploiting “what is” is God’s will.

For a preacher who wants to express the apocalyptic tenor of Advent, the goal shouldn’t be as sermon that whips people into a fervor of rage, anxiety, or zealotry. Smug demagoguery always tempts us. It’s too easy. Too dangerous. Too self-serving. And the end result is oppressive in every way. Instead, view your calling this Advent as an opportunity to do what apocalyptic visionaries have always done: pull people into the work of paying closer attention.

Attentiveness doesn’t require frenzy or panic. But it’s one way, a first way, of keeping us awake like Jesus wants us. Help your congregation identify, name, and interpret the dissonance that Christians encounter in their lives, in various degrees and around various issues. If your congregation has no sense of this dissonance, report where you see it. Or stir up a little.

The texts assigned to this and the next two Sundays of Advent offer opportunities for a preacher to accentuate the prophetic character of God’s reign. I’m referring to the ways that biblical testimony about the emergence of that reign provokes us to imagine, detect, and embrace new values and the disruptive character of God’s priorities. A prophetic imagination detects realities that people have trained their senses to overlook. Preachers, if they are true to these texts and to the theological currents that flow out of Advent, need to nourish a sense of discontentment and impatience in their congregations concerning “the way things are.” When will we ever approach “what should be”?

That’s a second way of keeping awake—by allowing our attentiveness to make us so itching for change that falling asleep is impossible.

A third way of staying awake is to stay occupied, even diligent. The urgency Jesus speaks about in Matthew 24 is one of exigency—a time for action.

In the end, this particular Gospel text doesn’t explicitly promise a changed world full of love and justice to emerge. It promises a person: Jesus. We assume he’ll bring good things with him. While some interpreters might take that as a cue toward quietism or a warning not to get involved, I think the wider context of the New Testament urges us toward engagement and compassionate advocacy. Wakefulness is a lifestyle, a way of living with a posture of embodying Jesus, his restless attentiveness, and his merciful solidarity. Christian hope is an active force.

Finally, Working Preachers, tend your own wakefulness during a season that is often urgent for reasons that prove distracting. Take time to imagine as you plan your preaching for Advent. Dwell on the future you want to live in. Name your own dissatisfactions. Rediscover where you’ve anchored your hope. Recommit yourself to accompanying, following, and leading others on the journey. Be present with and for your preaching colleagues. It’s easier to keep awake and stay engaged when we have trusted company around us.