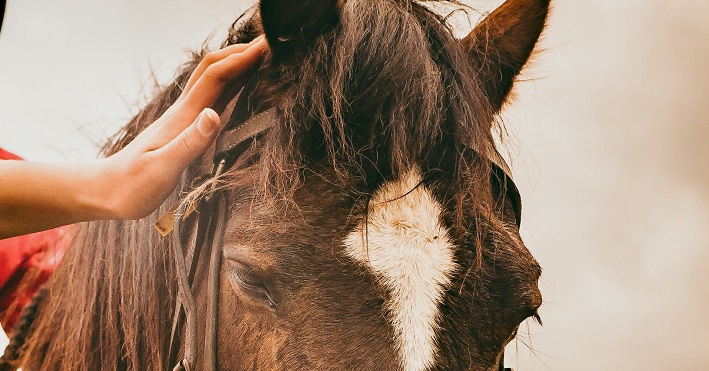 For the Gospel writers this psalm, along with Psalms 22 and 69, seems to have expressed better than any other passages the nature of Jesus’ suffering and his emotional turmoil while being rejected, betrayed, and crucified.

Psalm 31 appears explicitly only one time, in Luke 23:46 when Jesus quotes verse 5a, “Father, into your hands I commit my spirit.” But the entire psalm provides appropriate backdrop for Jesus’ passion. The psalm is a prayer by one who suffers unjustly and in that suffering puts complete trust in God.

Psalm 31:9-16 is chosen as a lectionary reading for the Sunday of the Passion, the beginning of Holy Week. It is appropriately paired with Isaiah 50:4-9a, which gives testimony to the suffering of God’s servant. Like the servant in the Isaiah passage, the psalmist in Psalm 31:9-16 reports that he or she trusts completely in God, yet is rejected by the people. This combination of trust and rejection makes the passage well-suited for Passion Sunday.

This section of Psalm 31 begins and ends with petitions for God’s favor and protection. Verse 9 opens with a cry to God to be gracious “for I am in distress.” The word for distress is a general term that may apply to many circumstances. It derives from a verb that means “to bind” or “be restricted.” Thus the noun communicates the idea of being in dire straits, with no possible escape. A form of the same word appears in verse 7 with the sense of “adversities.”

Verses 9b-10 then gives a litany of symptoms of this distress that suggests sickness, depression, and perhaps persecution. This mixture of references is typical of psalms in which the psalmist petitions God for help (see Psalm 6 for a similar mix of images). If the reader desires to know the exact situation of the psalmist such inexact language may be frustrating. But if the reader wishes to identify with the psalmist and to use the words of the psalm to lift his or her circumstances to God in prayer, the openness of the language may be a welcomed feature.

The language of verses 9-10 has in common with other petitions in the Psalms two important features: first, although the language is stereotypical and does not allow a narrow interpretation, all such language seems to complain about death in one way or another. The psalmist is overtaken with the forces of death that rack the body and spirit and allows enemies to have their way. Thus, the psalmist asks God to intervene and transform the situation (“deliver me,” verse 15).

Second, the psalmist seems to assume this is a problem for God and that the very fact of the psalmist’s distress is reason enough for God to act. As Walter Brueggemann says, “the speaker intends to turn his problem into a problem for Yahweh.”2 These two features of the complaint and petition provide grand illustration of the verse Jesus cites on the cross: “Into your hand I commit my spirit.”

Verses 11-13 draw the plight of the psalmist close to that of the suffering servant of Isaiah. So wretched is the psalmist, “an object of dread” (verse 11) that people on the street run away, just as they “hide their faces” from the despised servant (Isaiah 53:3). But perhaps the psalmist bears closest similarity to the prophet Jeremiah. With “terror all around” (verse 13) the psalmist, like Jeremiah is rejected by many acquaintances and is the victim of vicious plots (Jeremiah 20:3).

The psalmist’s testimony that “I have become like a broken vessel” is like an expression in Jeremiah 22:28. The term translated “broken” means literally “perishing.” Thus, the psalmist complains of having an experience that is supposed to be the experience of the wicked (see the term “perish” in Psalm 1:6; 2:12).3 This was Jeremiah’s complaint as well. More importantly, it was Jesus’ experience that, though he lived faithfully in dependence on God, he was despised and rejected.

In the final portion of the lectionary reading for Passion Sunday (verses 14-16), the psalmist voices complete trust in God despite the dire circumstances. The psalmist declares “trust” in the Lord and declares, “you are my God,” which is to say, “you control my life” (verse 14). Verse 15 uses the word “hand,” which refers to power and authority to describe the locus of the psalmist’s hope. The psalmist acknowledges that he or she has no power to affect the future. This power is God’s alone.

Verse 16 concludes the passage with two petitions that are common in the Psalter. “Let your face shine” evokes the priestly blessing in Numbers 6:25 in which Aaron calls on God’s favor for the Israelites. References to the light of God’s countenance (Psalm 4:6) or the shining of God’s face (Psalm 11:7; 17:15) are common descriptions of God’s favor. Since the Israelites believed they could not literally see God’s face (Exodus 33), this language may refer to the rays of the sun which symbolized God’s protection and care.

The second petition in verse 16 is for God to “save” “in your steadfast love.” “Steadfast love” refers to God’s covenant faithfulness by which God is known (Psalms 90:14; 106:1). Thus the psalmist appeals to God’s character as just and faithful, as one who does not abandon those who rely on him. As Psalm 31 is read on Passion Sunday and in the context of Jesus’ suffering and death, this final petition may be read rightly as the prayer of Jesus, the one who placed his spirit in the protective power of his God (Psalm 31:5).