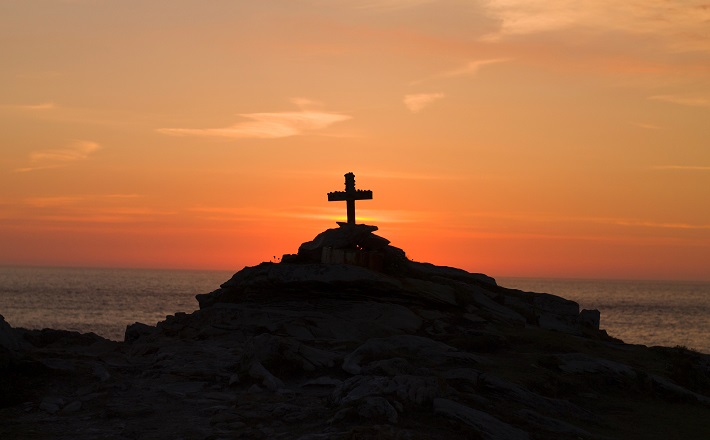 How are you changed by what you preach?” The classroom was silent, so I could hear the whispered response of the student behind me. “Jesus is in the house,” she breathed.

There may be no better summary of why Easter matters to preachers.

For all of the early church’s insistence that the resurrected, ascended Jesus sits at the right hand of God, Eastertide preaching doggedly testifies to Jesus’ living activity in the world. Jesus’s “in the house” presence is more than a metaphor in Acts. For all of the book’s insistence on his ascended absence (Acts 1:9, 2:34, 3:21), Jesus is oddly present on the scene. He pours out the Spirit (2:33), he heals (9:34), he preaches (26:23). He is even visible and audible when he chooses to be (7:56, 9:4-6).1

New Testament scholars used to maintain that Acts told the story of the church after Jesus had left the building.2 It was a succession narrative, authenticated by the church’s ability to imitate and re-narrate Jesus’ story.3 Acts was a WWJD (“What would Jesus do?”) sort of text. This view has been especially influential for preachers who believe in the power of stories. According to this homiletic school, the power of Christian faith lies in the repeating, translating, and reliving of Jesus’s narrative—which is certainly not a bad place to start. But oddly, Jesus is more than the church’s stories about him in Acts. He is more than a preacher’s charismatic retellings.4 He is more than script and sermon—he is Savior. In Peter’s words, he is a present-tense “Lord.”

This Eastertide, the lectionary gives preachers a gift: six descriptions of post-resurrection sermons. For homileticians like myself, it’s a crash course in how early preachers structured homilies, wrestled with biblical texts and understood their preaching roles. But if this is all we take away from a study of the sermons in Acts, we’ve missed the forest for the trees. Acts gives narrative descriptions of what preaching looks like when “Jesus is in the house.” They are sermons where Jesus’ story is marked by Jesus himself, and preachers are changed in the process.

Acts 10:34-43 is “exhibit A.” Peter preaches the story he knows to preach. He is prophetic and specific. He has already traveled a long theological distance in the handful of days since he was told to eat unclean animals on a rooftop (10:13). He “truly understands that God shows no partiality,” (10:34) but the God who raised Jesus from the dead apparently wants more than Peter’s “understanding.” Though the lectionary leaves out verses 44-48, any preacher of this text knows what’s coming. God interrupts Peter’s sermon with the same Holy Spirit that interrupts Jesus’ baptism—the same Spirit promised (2:39) to those baptized at Pentecost. Peter is taken aback. This Gentile household is not only “acceptable” to God. Their worship of God through Spirit-inspired speech means that they have been included in the faith community—and critically, the choice to include them was not Peter’s to make. God chooses Cornelius’s household to be “witnesses” to Jesus’ risen presence. One can almost hear Peter swallowing hard before he takes decisive action. “Can anyone withhold the water for baptizing these people who have received the Holy Spirit?” (Acts 10:47) he asks. The church has never been the same.

Most preachers I know will be preaching the gospel text on Easter morning, even if they commit to preaching Acts over Eastertide. I close this commentary, then, with a word to preachers themselves.

This Easter week, as you write your sermon on the gospel text, allow this passage from Acts to shed light on your own preaching ministry:

3 Charles Talbert, Reading Acts: A Literary and Theological Commentary on the Acts of the Apostles (Macon: Smyth & Helwys, 2001).

4 Willie Jennings speaks of an intimate relation between a disciple and Jesus in Acts, a joining of “his or her body to the risen Savior,” Acts (Louisville: WJK Press, 2017), 9.

5 Kavin Rowe reflects on the affirmation of Jesus’s Lordship in light of the context of the Roman Empire, World Turned Upside Down: Reading Acts in the Graeco-Roman Age (Oxford: Oxford University Press, 2009).