Peter had a rather quiet afternoon planned: a time of reflection on the roof followed by a traditional meal at the home of Simon the tanner. 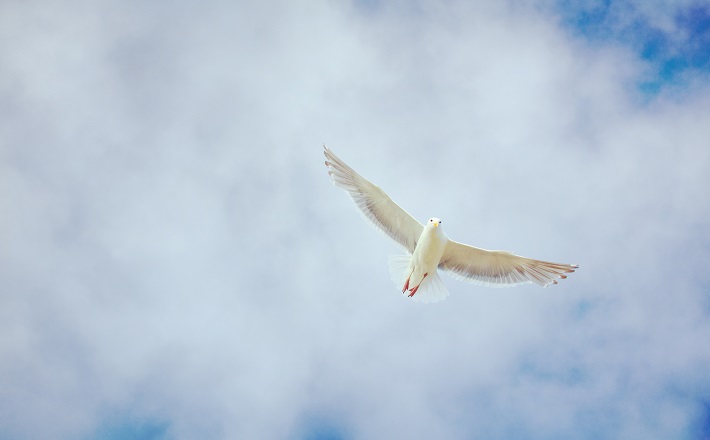 Peter had a rather quiet afternoon planned: a time of reflection on the roof followed by a traditional meal at the home of Simon the tanner.

His plans were interrupted dramatically. He was confronted with a bizarre trance in which someone invited him—three times—to dine on food he considered impure. He declined the invitation each time. It did not take him long to realize that this was no ordinary moment but one that would radically alter his mission as well as the nature and trajectory of the early Church.

Peter was being asked to expand the mission and welcome Cornelius and many like him. The newly forming church had already expanded beyond Jerusalem and was well on its way to including many non-Jews. The good news had spread to many marginalized individuals and ethnic groups like the Ethiopian eunuch and Samaritans. Peter was instrumental in these efforts.

Seen in light of these developments, it is a bit surprising that the idea of ministering to someone like Cornelius would have seemed so radical to Peter. Cornelius, who is described as devout and God-fearing person, should have been an easy candidate for admission into the Jesus movement. Caesarea Maritima where he lived was not too distant from Jerusalem geographically or culturally.

Perhaps it was the scale of the proposed mission as well as its multifaceted nature that made Peter deeply uncomfortable. In a clear reference to the extent of Gentile mission Peter was asked to undertake, Luke tells us that Peter saw a large sheet descending to earth containing all sorts of four-footed animals, reptiles, and birds (Acts 10:11-12). Megaleyn, the Greek word for large suggests that it was a massive sheet. The description of animals highlights the expansive nature of the mission. It was no doubt a shocking sight to Peter both because of the contents of the sheet and because of its magnitude. Luke describes the moment as a trance, an out-of-body experience, but it was likely a nightmare for him to imagine a multitude of outsiders joining the church.

Peter was apparently fine with admitting a few outsiders as token Gentiles but was wary of admitting such a large number that would have radically and irreversibly altered the ethnic composition of the church. It must have seemed to him like an invasion. The shocking image likely raised many questions for Peter. Can the church admit so many others and still remain Jewish? How would such a scenario impact the ethnic makeup and purity of the church? Can the interests of “insiders” be safeguarded if so many “outsiders” joined? Who should be part of the church and who should be excluded if status were to be largely maintained? Such questions would have been frequently discussed in the historical and ecclesial contexts of Acts. And Peter’s dilemma is reflective of many in his time.

But as the story makes it clear, Peter does not get to decide who is included in the church or how many. God does not believe in tokenisms. Accordingly, Peter was being challenged to move beyond tokenism and embrace diversity in all its forms to its fullest extent. He has no option but to eat all sorts of animals, reptiles and birds.

Although most readings of this story focus on the conversion of Cornelius, it is equally, if not more, about the conversion of Peter. The Greek word katalambanomai (Acts 10:34) is often translated as “I understand” but it literally means “I am gaining the understanding.” It describes Peter growing in his understanding of himself, “others” and the community. Peter’s initial idea of community is shattered and transformed. He confronts his fears of the other, his ethnocentrism and envisions a new community based on new criteria. He not only invites Cornelius and many of his relatives to join the Church but, later in Acts, becomes an advocate for the Gentile mission. His initial dilemma that is followed by full embrace of Gentiles highlights the possibility that people can overcome their fears of the other and envision an expansive community. All this was possible because of Peter’s willingness to unlearn and an ability to turn a nightmare into a transformative vision.

From nightmare to vision of new community

Peter’s nightmare that turned into a transformative vision was a tide-shifting event in the early church and it has lessons for the society today that is increasingly defined by ethnic nationalism and fear of the other. From Peter’s initial stance of reluctance, making room for the other undermines purity of one’s community and potentially threatens its welfare and perhaps even its very existence. In such a worldview, the purity and welfare of a community is directly contingent upon keeping the other out or at bay.

Fostering a truly inclusive church that moves past tokenism requires courage to embark on initiatives that might make people in power deeply comfortable. It requires going out of one’s comfort zone, entering into the spaces of the other on their terms and inviting the other into one’s own spaces and ultimately ceding some of that space as well as power to the other. Such radical inclusiveness requires willingness on the part of dominant groups to be honest about their perceptions of the other, their fears about welcoming the other and their limited and outdated vision of community as well as a willingness to unlearn.

The church today needs imagination that would allow it to turn fears about the other into generative possibilities for a new future. It needs a willingness to actively unlearn and an ability to imagine a new, different community. For that to happen, the church must have an out of body experience, akin to Peter’s, that can force it to confront its fears and turn its worst nightmares into transformative visions so that it can build inclusive communities.