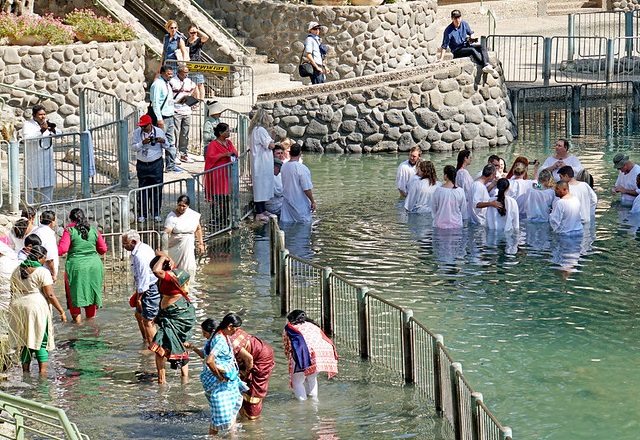 In just one week, 2020 has already turned into an overwhelming year.

The new decade has arrived with suffering, suspicion, and sedition. As you prepare to greet the worshiping community on the second Sunday of the calendar year, being aware of these pressures can be a catalyst to recover the unrest that Jewish people faced two millennia ago.

A fragile hope in tumultuous times

The beginning of Jesus’ public ministry arrives three decades after the guiding light of the wisemen’s star. As momentous as they had been at the time, Joseph’s dreams and Mary’s confidence may have already seemed like glimmers of hope from long ago.

It was a long time ago in a Galilee far, far away (yes, my requisite nod to Star Wars fans), yet religious practitioners were no less divided, distracted, and distraught.

Then and now, anti-Semitic policies affected common folk, both Jewish and Gentile, whether or not they were conscious of the political and social schemes that established those social systems.

Our reading of Christian scripture has too often aided this exclusionary worldview, so remembering that Jesus fulfills Jewish righteousness is a simple, yet disruptive reminder.

John’s calling for repentance was not a rejection of Jewish faith in the promises of God, but a rejection of the political and social commitments that kept the people of God from practicing justice and righteousness.

Some accounts of recent religious news sensationalize discontent and division, naming dissenters and disciples according to policies, politics, and practices. Depending on one’s perspective, their voices may be interpreted as those of prophets crying in the wilderness or sinners in need of repentance.

A few years ago, I stood at the Jordan River and was amazed of the scope of humanity—every nation, tongue and tribe—that gather at this spot seeking to experience of the presence of God. Such is the challenge that you, Working Preacher, face each week: To point beyond our nominal affinity groups to a community capable of gathering Jew and Gentile, Pharisee and prostitute, sinner and saint, to the place where Jesus is recognized as the Triune God’s son.

There is a humility in John the baptizer’s response to Jesus’ request. This recognition of Jesus’ fulfillment of what is understood as their religious requirement results in John’s ultimate yielding to Jesus’ practices and teaching. That surrender is evident in practice here as well as implied again in sending his disciples to Jesus from prison with clarifying questions. A disruptive reminder from the pulpit this week might recall that in Jesus, the masses have found a way to trust again in God as Creator, Sustainer, and Redeemer.

God is (still) with us

The questions raised by this week’s Gospel reading are numerous. Such inquiries need not serve as markers of doubt. Instead, consider how quests for clarification expose attentiveness to the text. Jesus’ response to John’s statement may be seen as responding to a question for clarification rather than a sign of rejection.

Raising a question requires listening for more than the time-worn clichés that we hang onto. There is value in explaining how the practices to which we hold dear reveal the presence and faithfulness of God. For Christians, every practice or ritual, from the sacraments to our social systems can offer disruptive reminders that God is with us.

This question may be the one most burning in our hearts today: Is there any awe left in simply being witnesses within the Christian community? I’m not talking about the kind of media attention one expects when targeting military rivals, organizing political standoffs, or posing in public prayers. What reports arise from your community that acknowledge the undeniable yet mysterious arrival of what can only be described as the God narrated by the biblical witness?

Have we lost the ability to recognize glimpses of glory because our attention is drawn to charisma, glamour, and affluence?

A disruptive reminder and powerful signal

The ending of this encounter between John and Jesus sets a disruptive reminder for what Christian baptism could be. Rather than an individual person’s act of repentance and confession, baptism signals the kingdom of God that John anticipates and declares—and Jesus inaugurates and demonstrates. Today’s reading marks God’s action as overshadowing John’s acts. God’s words call for obedience: listen to Jesus. To connect the presence and promise of God in today’s world is the most disruptive move the people of God can make.

May those who worship with you recognize the reality of God’s reign among us, even if only first in the religious rituals we practice on Sunday. Just two weeks ago, we announced that God is with us bringing peace and joy to the world. When we attend to God’s reign on earth, our confidence in political and economic systems may be challenged. When we gather as those baptized in Jesus’ name, we learn to deny the allure of consumerism, racism, sexism, and tribalism. These are the false gods in our lives today from which we must turn away. Baptism still signals a denial of the power of sin over humanity generally, and a refusal to bow before any power but God, including the powers of empire that dominate society.1

The story is not over yet. I wish I could say that hearing a heavenly voice confirm our identity as children of God will end our suffering, answer all our questions, and silence our enemies.

Baptism signals a journey that begins at a fork in the road where one path is chosen and another is rejected. It is our surrender to God’s righteousness that is not merely individual moral conduct but a focus on relationships restored.

Treating one another rightly restores relationships. God’s intention remains to draw from every nation, tribe, and tongue a people who demonstrate the righteousness of God’s reign. May your words today continue to prepare the imaginations of your congregation to be people who seek and see the glory of God in unexpected places.