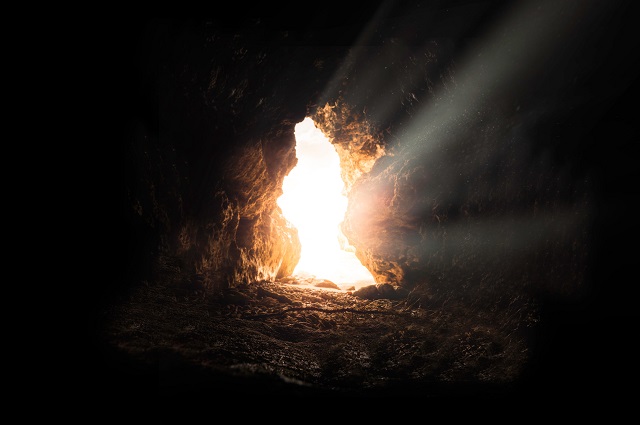 Christ is risen! He is risen indeed! Alleluia!

This week, this year—in a time of pandemic and quarantine—the reality of both the bad news of death and the good news of the resurrection seem so much more tangible.

As I write this column, the nation in which I live—the United States—is being convulsed by daily news of staggering numbers of deaths due to the COVID-19 pandemic.

Checking in on the work of death

One of the first grim tasks of every morning is to see what work death has done. In the last 24 hours, how many new lives has death taken? What is the new overall total of deaths due to the pandemic? Has anyone notable died? (That is, someone that everyone knows.) Has anyone personal died? (That is, someone that I know.) What work has death done today?

Checking in on the work of death was the first thing that Mary Magdalene had to do on that first Easter Sunday morning. Someone who was both notable and personal had fallen victim to death. Jesus of Nazareth was notable. Almost everyone in the area knew who he was—the itinerant rabbi who did signs and wonders, whom some said was the long-awaited Messiah.

But Mary knew him personally. The Gospel of John doesn’t introduce Mary Magdalene until very late in the story—until the moment of crucifixion, when we read that Mary Magdalene was keeping company with Jesus’ mother and aunt at the cross. But it is clear that Mary knew Jesus personally. She was up at first light once the Sabbath was over to see the place where that had laid the one she called, “my Lord.”

Mary was up early, checking in on the work of death.

Surprised by the work of God (new life)

You know what happens next. This isn’t a commentary on the text—you can find plenty of those on the website—but a reminder that you know the story already: In the garden, Mary runs into one she thinks is the gardener, but who in reality is the risen Christ. He surprises her with the work of God, the work of new life and resurrection. The action takes place in a garden—a reminder of the garden in Genesis and that the resurrection is about new life for the whole of creation. Jesus simply speaks Mary’s name. The resurrection is about relationship and reconciliation. And Jesus says he must return to the Father. Why? To plow a path and prepare a place for us. So that where he is we may be also.

Easter is about new life, relationship, reconciliation, and the ongoing work of Jesus Christ.

For a time such as this

As a teacher of Scripture, I love to listen for (and hear) the echoes of Scripture in conversation, popular culture, and in the news. One of the phrases that I’ve heard echoing almost everywhere the last few week’s is that wonderful word from the book of Esther, “for a time such as this.” In Esther, the words are from Mordecai, written to Esther: “Who knows? Perhaps you have come to royal dignity for just a time such as this” (Esther 4:14). For Esther, the “time such as this” was a time of persecution. For Esther, the “royal dignity” meant her vocation—the specific position to which she was called and in which she had authority to act.

For you, the vocation into which you are called is to preach. The preacher’s office (vocation) is both common and unique. It is “common” because there are many of us working preachers. But it is also “unique” because only you are called to preach to a certain group of sufferers on any one particular occasion.

At Working Preacher, we believe that good biblical preaching changes lives. Thank you for changing lives on behalf of God.

What a time to preach the good news.