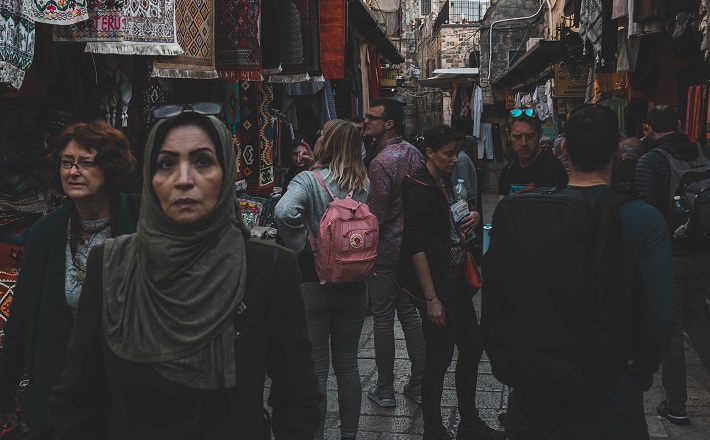 Nothing like that is to be found in the gospel of John which has its own version of Pentecost. John talks about the coming of the Holy Spirit and gives it a name, parakletos (counselor) and Spirit of truth. And while in Acts the coming of the spirit is public and noisy, in John it is subtle and intimate (John 20:22).

Our passage for today starts with Philip asking Jesus: “Show us the Father, and we will be satisfied.” The word Father, used more than 125 times in John, appears eleven times in this section alone. These are some of the ideas connected with these occurrences:

When Jesus uses the word Father, he is pointing at a very special and intimate relationship with God, and not necessarily, as later orthodoxy will declare, to an ontological oneness. Jesus acknowledges the Father as the source of his authority and always subordinates himself to the Father.

But this relationship between Jesus and the Father is not there to be acknowledged only: it is also to be imitated. When Jesus is gone, and the Spirit comes, the community will replace Jesus as instruments of God. God will be incarnated again, this time not in a person, Jesus (John 1:14), but in a group of people who will continue Jesus’ work to an even greater degree (John 12). The same kind of symbiotic relationship that existed between Jesus and the Father will now exist between the community and the Holy Spirit.

The word used for this relationship is meno, which is a favorite word of the evangelist “to denote an inward, enduring personal communion”1 that has many different levels and applications: God to Christ (John 14:10), the community to Christ (14:4), Christ to the community (14:4), the Spirit to the community (14:17). Through this relationship, Jesus’ words (teachings) will be actualized, contextualized if you please, in new situations. I call this the hermeneutics of the Spirit, that is, the Spirit as an interpretive source and force.

This coming of the Spirit is not only John’s version of Pentecost but also his version of the Parousia, for it is Jesus who comes in the person of the Counselor. He says it clearly in verse 18: “I will not leave you desolate; I will come to you.” The Spirit is at present remaining with the disciples. He is “with” (para) them, but then it will be “in” (en) them. What’s the difference between these two Greek prepositions? Para, with the personal pronoun in the dative case (humin), means “beside, in the presence of.” Jesus is then besides the disciples, he is in their presence, he is visible. En, also with the personal pronoun in the dative case, means “in, on, among.”

This dwelling of the Holy Spirit in the community is exclusive because it does not include the larger society of which the Johannine community is a part of. This is called “the world” and refers to anything and anybody that does not belong to John’s group. It is a sectarian view that is problematic for contemporary readers living in a pluralistic, multicultural, and multi-religious world.

These are the words of a sectarian community at odds with society. We, on the other hand, belong to the mainstream of society, enjoying religious and economic privileges, something John’s community did not. We should never forget that, lest we become intolerant of other people’s beliefs.

The exclusivism of the Johannine community was perhaps necessary at the time because they needed to survive in a world that they perceived as hostile, whether this was true or not, for we only have their side of the story. We don’t know what their “adversaries” looked like or thought about. But obviously John’s group felt the need to survive so they encircled the wagons and built ideological walls around themselves (not a good idea, really, then or now; walls do not accomplish anything, religiously or politically!).

Verse 27 brings that often-quoted bit of Jesus’ lore: “Peace I leave with you; my peace I give to you. I do not give to you as the world gives.” The peace John is referring to is not only internal, spiritual, but also external and social. It is an alternative to, and a criticism of, the Pax Romana and all its repercussions in people’s lives both physically and psychologically. The empire affected not only people’s bodies but also their minds.2

What does it all mean today? Here are some ideas: