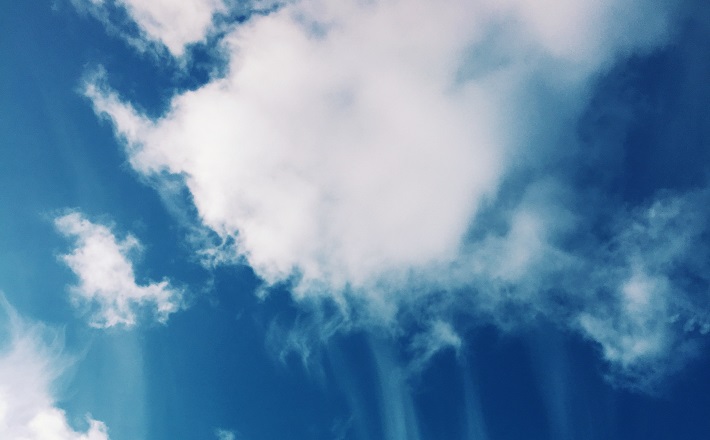 Suddenly from heaven there came a sound like the rush of a violent wind, and it filled the entire house. (Public domain image; licensed under CC0)
May 20, 2018

The psalm’s list of these diverse aspects of creation extols God’s greatness, with particular attention to God’s control of and power over that creation. Like any good poet, the psalmist provides no dry recitation of species’ names, but rather paints a picture of the landscape using vibrant imagery and powerful metaphors.

The lectionary reading for Pentecost Sunday excerpts verses 24-34 and 35b from Psalm 104. In the opening verses of the lectionary unit, readers get an extended taste of the descriptive style that fills the preceding verses. Having devoted only a line or two to most other aspects of creation throughout the poem, the psalmist lingers over these observations of the sea in verses 24-30. I can almost see the psalmist standing on the beach with one arm draped around God’s shoulders, the other arm gesturing to the ocean stretched out before them. Together God and the psalmist survey the vastness of the sea and the tiny ships perched atop it, and, at the psalmist’s prodding, they reflect on the dependency on God shared by all creatures under and above the water.

Though initially we may balk at such a scene, which imagines God with mundanely human characteristics, the psalmist capitalizes on the notion of God’s “body” as the metaphorical basis by which to describe God’s power over creation. God has an open hand (verse 28) or a hidden face (verse 29); God can look on the earth and touch the mountains (verse 32). These images recall the similarly anthropomorphic features of God in the second account of creation at Genesis 2-3. In that story God shapes dirt into the first human (Genesis 2:7a), God breathes into that human to animate him (Genesis 2:7b), and God takes walks through the garden (Genesis 3:8).

At the same time, Psalm 104 also recalls the taming of chaos and the cosmic scope of the first account of creation at Genesis 1. Psalm 104 emphasizes order, limits, and separation; the waters stay within their boundaries (verse 9), and the sun and moon mark proper times and seasons (verse 19). Likewise, Genesis 1 recounts God’s separation of light from darkness, waters above from waters below, and the waters of the earth from dry land. Thus, the attributes of the creator God so distinct in Genesis 1 and 2 — cosmic vs. earthy, distant vs. close — are combined to great effect in Psalm 104. Just as the psalm’s list of elements of creation seems comprehensive, so, too, does the psalm imagine a litany of characteristics of the creator God.

The detail with which creation is described in Psalm 104 also recalls Job 38-41. The Joban accounting of God’s control over creation issues directly from God in a speech delivered out of the whirlwind. By contrast, the catalog of creation in Psalm 104 comes from the mouth of the psalmist and is addressed to God. Excluding the opening line of the psalm, the first thirty verses use second-person address to the deity: “You are clothed with honor and majesty…,” “You cause the grass to grow…,” “You have made the moon….”

Direct address to God is common throughout the psalms, including visceral demands for God’s attention and assistance. The kind of prolonged, detailed accounting of God’s actions presented in Psalm 104, however, is often delivered in a third-person mode and used to exhort human beings to praise God.1 The extent to which the psalm tells God God’s “business” can strike us as particularly bold, pushing the boundaries of testimony. What kind of hubris leads the psalmist to tell God what God has done? How bold must one be to drape one’s arm around God’s shoulders and be God’s guide through God’s own creation: to pray, as the psalmist does at verse 31, that God might rejoice at God’s own works?

If we consider Psalm 104 as a whole, the psalmist’s boldness must be born of wonder. The delight with which the psalmist surveys God’s creation allows the psalmist to glimpse, however imperfectly, God’s own joy at what God has called “good.” At verse 31 the psalm has shifted from second-person address to a tone of petition and first-person reflection. The psalmist does indeed sing out of joy, in hopes that the song will be pleasing to God.

The lectionary apportionment skips over one half-verse in the last lines of this psalm: verse 35a. Such a precise omission begs for our attention, not necessarily to challenge the lectionary’s editorial discretion, but certainly so that we may understand the psalm in its fullness. In the omitted verse, the psalmist hopes that the wicked will be eliminated from this otherwise magnificent creation.

As scholar William Brown remarks, “Shock is elicited from even the most familiar reader of psalms, not because the language of imprecation raises its head, which is nothing new to Psalms, but because it has found its way precisely here, in a psalm that revels so wantonly in the wonder and diversity of God’s creation.”2 The verse seems to interrupt the flow of what has been a powerful eruption of praise. Even the perfect harmony of all that God has made can be threatened by sin. The petition carries overtones of the wisdom tradition, in which the wicked are the ubiquitous counterpoint to the righteous (see, for example, Psalm 1).

This half-verse reminds us that the creation described by the psalmist is, in the end, not a Genesis 1 world or a Genesis 2 world; it is a Genesis 3 world, one in which human sin inhabits God’s good work. Psalm 104 is made all the more remarkable because it testifies so ebulliently to God’s power and the goodness of creation, even when the psalmist is clearly aware of the constant efforts of the wicked to do and say otherwise. In Psalm 104 we are reminded that God’s sovereign, creative power persists, and we are called to testify to that power with joy.

Compared to Acts’ description of the Spirit descending like tongues of fire at Pentecost, today’s reading from John is sadly lacking in drama.

Romans 8 is perhaps the greatest chapter on the Spirit in the entire New Testament.
Print All Text Print All Commentary