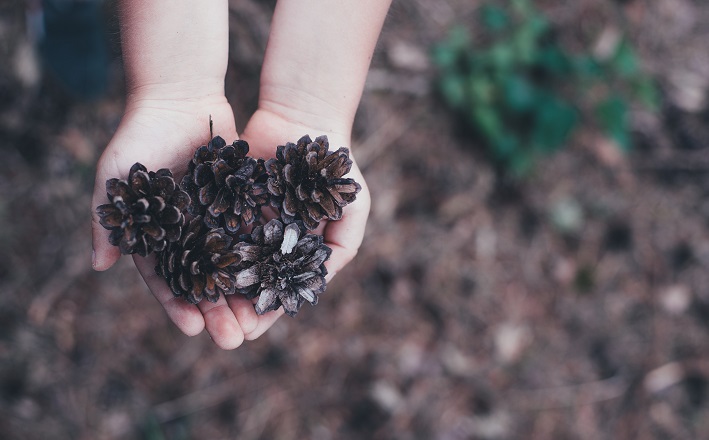 These disciplines stress increasing what we are already doing, of course, because we expect ourselves to be giving a percentage of our means, holding in our hearts the needs of others, and discerning what is “enough” and what is “too much” in our lives. In other words, we are:

The Gospel reading lays out our course for the coming forty days to ward off ostentation. They are part of the Sermon on the Mount which Jesus preaches to “the crowds” and to his disciples, giving blessings (makarisms) that identify and honor the people. Throughout Matthew’s Gospel, Jesus is a physical healer, responding to the great poverty and malnourishment of the peasant population. Jesus sees the crowds that follow him as people in need from social and economic exploitation.

Scholars believe Matthew was written in Antioch, Syria and that it gives us a picture of that time and place where John and Jesus lived. Antioch then had about 150,000 people in about two square miles. These were dense living conditions. About 13 percent of the population––20,000 of them––were heavily armed Roman soldiers. The city was one mile wide. The main street––more than 2 miles long––was paved with marble (a gift from Herod). Huge sculptures stood everywhere. The emperor Tiberius had built a gate on one end of the main street that served as the base for statues of Romulus and Remus, two wolf cubs: Rome’s legendary founders. Biblical scholar Warren Carter says, “To leave or enter the city meant literally to pass under this billboard that proclaimed Rome’s sovereignty.”1 You could not avoid knowing who was in charge.

In that Roman-occupied land, Jesus saw great disparities: the 2 percent with wealth and power had peace and plenty under the Pax Romana (Peace of Rome) while the 98 percent were oppressed politically, economically, theologically, and militarily. About 10 percent of the poor were always on the edge––beggars, sick, people with handicaps, and criminals. Those who had access to land grew food for the wealthy. The Peace of Rome was only for a very few. Because those who lived at subsistence levels were illiterate, they left little record of their lives. But scholars using sources outside of the Bible are able to determine what was going on.

The Roman Emperor Domitian (famous for persecuting Christians), for example, wrote a letter to the Syrian treasury official about dealing with the people:

It is just to come to the aid of the exhausted provinces which with difficulty provide for their daily necessities … If the farmers are snatched away [to do forced labor, build bridges, etc.], the lands will remain uncultivated.2

His words may seem to be in defense of the poor peasants, but even a cruel emperor could see that his government was working people to the bone and that they had better be careful or he and his cronies would lose their food source. In other words: Keep these folks alive; we need to exploit them for our stomachs.

Accordingly, the peasants suffered from malnutrition, disease, overwork, taxation, economic marginalization, and exploitation. No wonder, then, that healing is Jesus’ primary work––evidence of his identity! As we know from Jesus’ ministry, the blind see, the lame walk, lepers are healed, the deaf hear, the dead are raised, and the poor get good news preached to them. Jesus begins his sermon by blessing the people who are hurting and those who live with compassion and lays out the foundation on which our lives are best structured for the sake of the life of the world: giving, prayer, and discernment about what is needed to pare one’s life down to its most significant core.

Jesus’ exhortations curiously and wisely encourage a distance between a person’s own faith practices and awareness of them. “Do not let your left hand know what your right hand is doing … go into your room and shut the door and pray … do not look dismal like the hypocrites.” In all that we do to embed faith into our lives, Jesus calls for a kind of un-self-consciousness.

It may be tempting to think that Jesus is “laying down the law” here with these commands. Instead, we need to hear his words as offering freedom from self-criticism. If you do not let your left hand know what the right hand holds out for others to receive, you are not focusing on how wonderful your giving is but you are building up “treasure in heaven.”

The lasting, truly rewarding gain in our lives comes from our relationship with God which, on this day, is defined as living in trust that all is well. Whatever gets in the way of that relationship is swept away by looking to the care of others, praying, and denying one’s own greed. The Gospel promises rewards in accord with these disciplines.

Because this is the day of ashes, the beginning of Lent, the time to set one’s vision on the enormity of Jesus’ incarnation, death, resurrection, and ascension, this is also a day to talk about death––what we are made of and what we will become. It is a day of utter honesty. Remembering Jesus’ context––being sought out by people in pain and hunger, sickness and despair––we are urged to ask ourselves, as well, what maladies afflict us and to see that the struggles in our lives are, like those of our neighbors, the birds and animals, plants, water, and air, in need of redemption by the dust-shaper.