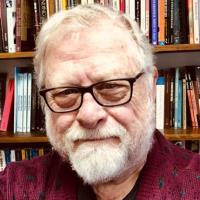 He and his disciples were north of Galilee, in Caesarea Philippi, when he first made known his intention to go to Jerusalem. From there, the journey to Jerusalem will take them through the length of Galilee, down to Jericho in the south, before they climb the long slope to Jerusalem for those final days.

Each of the three instances follow the same pattern—his announcement is followed by serious misunderstanding on the part of his disciples. This then gives him a chance to teach them. In the first and third cases, the disciples are well known. Peter in the first case; James and John in the last. We learn, especially in the latter instance, that the theme of his teaching is servant discipleship. The third episode concludes with an allusion to the ending of the fourth and last “servant song” of Second Isaiah (Mark 10:43-45; Isaiah 53:11-12).

Rivalry among the Twelve

But in the middle of these two, after the second instance of the “passion predictions,” the misunderstanding is illustrated by all Twelve of the disciples as a group. They are arguing about which is the greatest among them. Their preoccupation with status reflects the dispute Peter has with Jesus concerning the role of the Messiah (Mark 8:32). For Peter, it means power and prominence. The Twelve again find an echo in the request of James and John for seats at the right hand and the left, when the Messiah comes into his glory (Mark 10:37).

Their dispute is what prompts Jesus to become explicit in his teaching of discipleship as service: “He sat down, called the twelve, and said to them, ‘Whoever wants to be first must be last of all and servant of all’” (Mark 9:35).

The theme of servant discipleship

But this line forms an inclusio, or bracket, with the last line before the third Passion Prediction—“But many who are first will be last, and the last will be first” (Mark 10:31). The implication is that the teachings between the two brackets are instances of this theme. Service is imagined as a reversal of the usual order of authority, with the needs of those served as making the prior claim.

A brief look at the instances enclosed in the bracket would show us these: the outsider exorcizing (Mark 9:38-41); the insider causing scandal (Mark 9:42-49); marriage and divorce as critique of patriarchy (Mark 10:1-12); and the rich man and economics of the kingdom (Mark 10:17-30). Ched Myers calls this “restructuring the social order at the level of the household.1

A little child among them

But there is another, more vivid, indicator of Jesus’ teaching—the child that he draws forward. The little child is the emblem of the “last is first” theme announced in the inclusio. The message is the same: “Whoever welcomes one such child in my name welcomes me, and whoever welcomes me welcomes not me but the one who sent me” (Mark 9:37). And to emphasize the lesson, the children are brought back for a blessing at Mark 10:13-16. Having not learned the message, the disciples try to send them away. But Jesus insists.

Shortly after the present instance, Jesus speaks of placing stumbling blocks (skandalizo) before the “little ones” (Mark 9:42 and following verses). Following Bultmann, this has been interpreted as referring to the small or unimportant members of the community. But other considerations suggest that actual children are also meant here.2

For what does it mean to take a child as the emblem for Jesus’ teaching? In the ancient world, the status and rights of children stood at the bottom of the social scale. No other group is further down the order, and to elevate them to the position of “first” is almost unimaginable. To appreciate the shock value of Jesus’ move, we might point to a small but perhaps similar contemporary instance.

One of the changes occurring in our politics is the greater involvement of women in positions of power. This has prompted a shift in the kind of questions and issues broached in the public arena. Matters of households and child-raising, for instance, are not the customary concerns of the men who have been setting policy. And to turn to these kinds of questions seems somehow irregular, as if this is not the role of governmental debates, considerations, or policymakers. Indirectly, children and their interests are bringing about a change in public policy. Perhaps in a similar way, Jesus placing the children in the center, in a place of prominence, summarizes his understanding of authority as service.

Holy God, on this Ash Wednesday we reflect upon our sin, our failings, and the harms we have caused. Remind us that, although we are dust, we are also your children, and your love never fails. Amen.

Create in me a clean heart, O God, Various