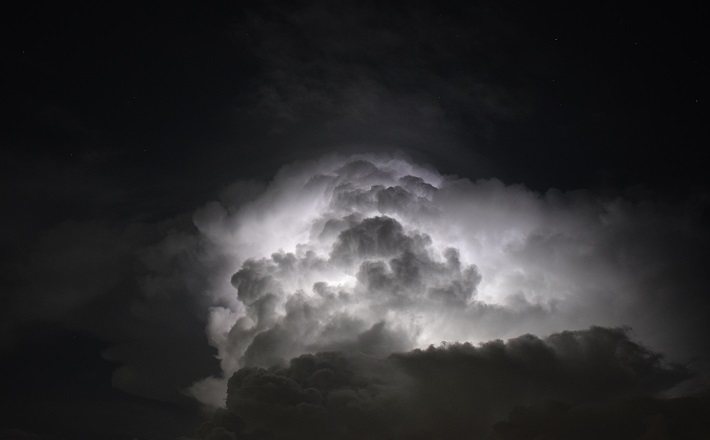 “Be careful not to practice your righteousness in front of others to be seen by them. If you do, you will have no reward from your Father in heaven. So when you give to the needy, do not announce it with trumpets, as the hypocrites do in the synagogues and on the streets, to be honored by others. Truly I tell you, they have received their reward in full. But when you give to the needy, do not let your left hand know what your right hand is doing, so that your giving may be in secret” (Matthew 6:2-4).

We can deduce with some level of certainty that these “hypocrites” to whom Jesus refers are the scribes and Pharisees. In the gospel of Matthew, Jesus often refers to the Pharisees and scribes as hypocrites. However, the meaning of the passage does not change much regardless of who may be practicing such “good deeds” before the public eye. Engaging in the behavior described by Jesus of committing good deeds for the purpose of self aggrandizement makes one a hypocrite. Key to this passage being meaningful for us today is that we do not distinguish ourselves from the “hypocrites” called out by Jesus. If we mistakenly assign the term “other” to the hypocrites, this message of Jesus is lost for us today.

I will focus on two reasons why it is easy to fall into the trap of assigning as “other,” the hypocrites Jesus described. First, for too long the church has mistakenly taught that the Pharisees were some special breed of people of faith. However, New Testament scholars have made it clear that the Pharisees and scribes were “average” everyday believers, not to be distinguished from those zealous Christian leaders/believers of the 21st century.

Second, most people are unable to do serious self-analysis and consequently live in denial; it is therefore virtually impossible to see how we, like the Pharisees, interpret our beliefs in ways that make us hypocrites, incapable of seeing our own arrogance. For example, is it possible that as Lutherans we may be so secured in the practice of law and gospel that we may believe that what makes our relationship with God possible is our strict adherence to a contextual doctrinal belief rather than God’s grace?

If this passage is to have any importance, we should instead make the assumption that the Pharisee represents a good person with a sincere desire to worship God correctly. I believe that this passage invites us to look at the contradictions in our “Good Lives.” So for this interpretation, let us assume that if Jesus were sharing this parable today in the 21st century, he might say something like this:

There was a Progressive Christian/Progressive/Mainline Religious Person who prayed like this: ‘Lord, I believe in the sanctity of same sex marriage. Lord, I accept and respect all religious traditions; I advocate for inter-faith dialogue. In fact, Lord, I even advocate for the rights of the immigrant. Lord, I use politically correct language like Latinx. I am not like the homophobic Rastafarian on the corner or the woman from the storefront church — who does not advocate for social justice!!!! I subscribe to good Lutheran theology and/or Liberation and post-colonial theologies.’

Its very difficult to do socio/self-analysis and to take an inner look at ourselves and the communities to which we belong. As we fall into the common trap of looking at “the other” through a critical lens, we are similarly blind to seeing how our communities fail to live up to what God requires of us. Are we capable of asking how, individually and corporately, we mainline liberal and progressive Christians behave like the Pharisees from whom we wish to distinguish ourselves?

Is it possible to turn the theological gaze upon ourselves? Can we scrutinize what we believe and the actions we take? In anthropological and sociological work, we normally objectify the subjects and analyze their behavior; now let us turn that objectification onto ourselves. I had a student named Jasmine Thomisen whom I quote regarding her ethnographic research for my class:

Another aspect of this project I had not anticipated was coming to a realization of my lack of awareness of the power involved in discussions of sexuality across racial borders. I began this project without an appreciation for the critique inherent in my questions to the Rastas about LGBTQ*, a critique that echoed the voices of concerned white liberals who had the luxury of pointing fingers at homophobia without analyzing the racism inherent in their own worldviews.

Jasmine saw the hypocrisy in her judgment of Rastafarians. Are we able to see ourselves as Pharisees? We are well intended, but mistaken in our self glorification. Do we judge our sisters and brothers that still discriminate against the LGBTQIQ communities, while we still have less than 3% people of color in our denominations? Are we parading our openness to people of color on our websites and Facebook posts, falsely advertising or depicting a false reality of racial harmony?

Jesus might be speaking directly to us, saying that if we really support LGBTQIQ people and people of color, we should not make public use of it for church growth and good public relations. We should be truly advocating for the marginalized, because it is moral to do so. Advocacy for the oppressed is not for public relations purposes or for cost benefit analysis. Our love, mercy, and compassion should be shared unconditionally. Our spiritual lives should be lived for our relationships with God, not for our own glorification.