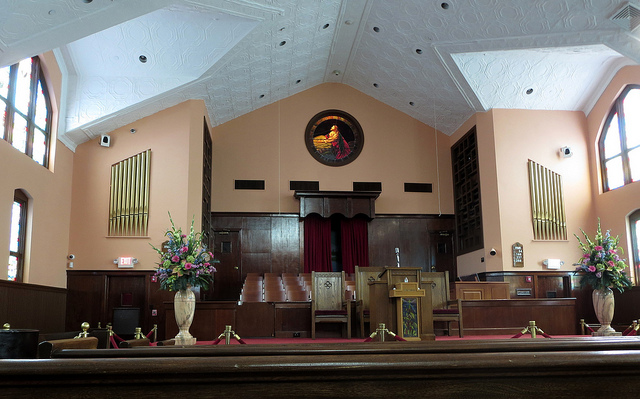 There is supposedly an old Chinese curse that goes: “May you live in interesting times.”

We certainly live in interesting times, and it often does feel like a curse. More and more, we find ourselves having to confront the question, “How do we as Christians preach in these interesting times?”

The dilemma behind this question was made clear to me by a pastor immediately following a controversial action taken by the U.S. federal government, who said, “I finished my sermon on Thursday, before this unforeseen, new situation ever came about. Now it’s going to look like I wrote this as a directly partisan attack the administration.” There were fears about what division this might cause in the congregation. Would it be better to excise a few lines from the sermon?

Such concerns come from the fact that in our church tradition, we respect the spirit as well as the law regarding separation of church and state. Not only that, but we are one of the few public places in our society where conservatives and liberals can join together for a common purpose. We do not want to destroy this manifestation of peace by appearing to be politically partisan in our preaching.

Frankly, I feel some of that same pressure in writing this column. Working Preacher serves a wide variety of people from a broad spectrum of political viewpoints. Out of respect for our diverse readership, it seems wise to be extremely careful about taking a solid stance on anything that can be construed as political.

When we do that, though, there is the danger of compromising, diluting, or even undermining the Gospel. After all, Jesus said and did many things that challenged and even offended political leaders of his time. If we pull back on Jesus’ core teachings, or even bury them, are we not going against the New Testament warning about being “ashamed of the Gospel?”

My response to our current situation is that God calls us to preach, and that, at its core, preaching is telling the truth about God, as we understand it. Preaching is proclaiming the Good News about the love of God as shown to us in the life of Jesus. It is about proclaiming the teachings of Jesus who said that the key identifying mark of a Christian is the demonstration of love shown to our neighbor, and compassion shown to the vulnerable.

This is the Christian message. This is the message we must preach, or we do not deserve our office.

One of the skills of preaching is being able to say challenging things with tact, respect, and compassion. As long as we do that while proclaiming the Gospel, we are doing what we are called to do as pastors. If someone claiming the mantle of Christianity chooses to be offended by what Jesus taught, that is their problem.

As the hymn writer said, “Take it to the Lord in prayer.”

God give all of Christ’s witnesses the ability to discern the truth of the Gospel, the courage to claim it, and the grace to proclaim it thoughtfully and compassionately as we look forward to the blessing of less interesting times.