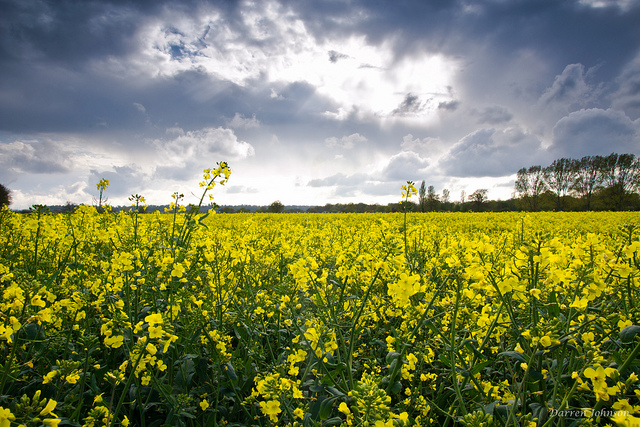 Fall has arrived and the sky is closing in on us. Some take comfort in winter’s swaddling while others miss the wide, long days of summer. Yet this summer has seemed difficult, the news from the world heavy and hard, lingering in us like a vagrant’s toils; the isolated pieces of our collective hearts hurting with the world’s news.

If you open the news anytime and glance at the headlines, you’ll see more than you can take in: the Middle East is churning, Ebola is dire in West Africa, Russia is tearing at Ukraine’s borders, an unarmed Michael Brown is shot in Ferguson, Mo., climate changes, and it goes on and on. It’s as if the world is stuck in a collective bad dream, and no matter how we flounder, we can’t wake up. We keep hoping that it might not be that bad, and then we discover that more innocent people are dying daily. It’s hard, as preachers, to ignore it these days.

It would be nice if life gave you the study guide before the world is tested, but that’s not how it works. History, which should guide us, is ignored, and each generation makes the same mistakes over and over again. And then, rather than offering us some kind of comfort, Jesus says crazy things like “take up your cross,” things you could appreciate if he’d only put a little context around it.

And so, because our collective milieu is both utter darkness and hazy hope, because life is that bad and because grace is that quirky, we decide the best plan is just to gather. And pray. Prayer doesn’t seem like that much sometimes, but if we say everything belongs to God, then we have to mean that everything includes prayer, and that’s when we’re treading in kingdom stuff.

Prayer seems like the silliest thing, but when we pray — no matter if our arms are raised or we are on our knees or our hands are folded — our bodies take a vulnerable stance. It’s not just our words that convey our hopes to God; it is our bodies for our very beings take the position of someone being killed, someone like James Foley or Michael Brown. Or Jesus. When they were murdered their bodies were in a position of prayer, whether Foley was on his knees or Brown’s hands were up in the air.

Taking up our cross then is to place ourselves, our whole selves, in solidarity with the victim; it is to place our bodies with Christ’s as he went to the cross. It is to place ourselves bodily with the victim. Prayer, because it involves our bodies, is an act of defiance and unity and compassion with people suffering everywhere, in our words and in our flesh. We take up our crosses when we pray for all those people who have real hearts and loved ones who are, as numbers scroll across the screen, everywhere.

We pray for all the people we love who have cancer or chronic illness, be it depression or diabetes. We pray for all the things that scare us, that are shriveled inside our soul, the places in us that have been weaned away from the kingdom, and we pray that all really will be well. We pray not only with our words, but our whole bodies, on behalf of people everywhere in resistance to violence, in solidarity with the incarnation, and in compassion and for justice with the community of human beings together, the very essence of us, everywhere.

So when the Angry Birds in my head start to play too hard, I’ll do what others have done. Others who have gone before me, who are wiser than myself, who have known sorrow and seen grace, and continue to pray.

Because although we live under the shadow of death at all times, we also live in the kingdom. Because of Christ and through his cross and resurrection, this life — all life — has already been redeemed. The promise is that both death and life have already been raised with him.

And so we follow and we huddle and we pray. We dig in the dirt and we throw down a handful of mustard seeds. We, short-sighted and so limited, position our bodies and words with those who are suffering, and we place our faith in horizons that are hopelessly yellow.