Light Shines in Darkness, and on Rooftops 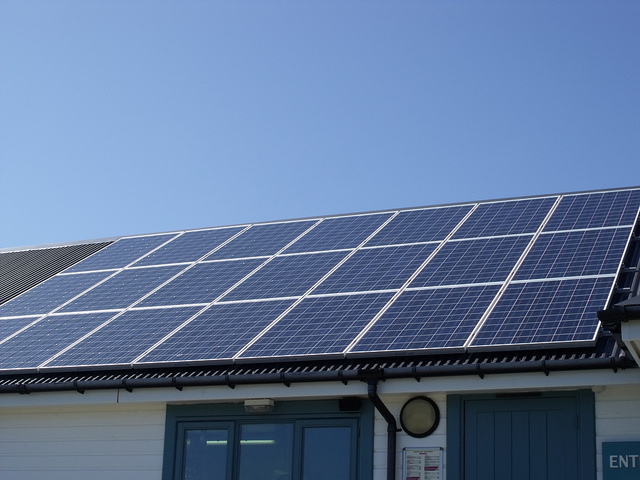 Recent events in Paris stand out as a microcosm of the struggles human face: in the same month, horrific, unexpected, disruptive intercultural violence, and two weeks later an international conference characterized by careful planning, keen deliberation, and unprecedented cooperation among 196 nations, confronting together a shared threat to our existence that is far more serious even than terrorism. While the first excites more publicity, future generations will remember the second, the United Nations COP21 meeting to establish worldwide goals to reduce climate-changing greenhouse gases. The light shines over Paris, and the darkness cannot overcome it.

During Epiphany we celebrate the light shining persistently in darkness. In a world characterized daily by extreme evil and radical benevolence, the language of Epiphany is not simply poetic, but promissory. In what seems an everlasting struggle, the good will prevail. Violence, both social and ecological, threatens to cloak the world with chaos and fear. But hope, expressed in saving action, escapes falling victim to irrational incidents of hate.

Since Epiphany falls on a Wednesday, many congregations will miss the buoyant passages about light in the year’s darkest days, with their images of the glory of God rising upon the people (Isaiah 60:1-6); prayers for the just king to live as long as the sun endures (Psalm 72); stories of the star that guided the wise (Matthew 2).

Yet some congregations, like ours in Indiana, will be more aware of the light this winter — specifically, the sunlight. Our Presbyterian church is one of more than two dozen congregations in our state of all faiths and denominations that have obtained solar panels with the help of energy grants through Hoosier Interfaith Power and Light (IPL). Other state chapters of IPL are making similar gains.

In an 85% coal-fired state with thousands of fossil-fueled congregations, it is tempting to see congregational solar panels as principally symbolic. They may reduce our own power bills by a couple thousand dollars, but they hardly amount to a noticeable reduction in carbon pollution, even among people of faith.

But seen from another angle, the move to solar panels appears prophetic. On the Sunday when our congregation walked outdoors to dedicate them with red and yellow streamers, songs, and prayers, two local news stations came to watch. And days later, when we held a celebration dinner and solar forum, members of several surrounding congregations attended to learn how they could do the same. Members of our congregation have already been seeking solar for their own homes and asking about the next phase of the church’s solar project.

Not all of us stand in the front lines either as peace keepers or diplomats. We aren’t all climate scientists or inventors. Few of us can claim personal expertise in the scientific, economic, and social complexities involved in shifting society toward sustainable practices. But each of us, through our small words and local actions, can choose to be agents of light.

January 3
Texts in the second Sunday after Christmas emphasize new and renewed life in creation:

January 10
Passages for the Baptism of the Lord draw attention to two powerful forces of creation — flood and fire — gifts beyond human control, yet sacred for the church as the water of baptism and the Holy Spirit’s fire:

January 17
This week’s texts concern gracious gifts from God that reflect the world’s diversity and relationality:

January 24
Proclamation is highlighted in human words and the unfolding story of creation this week:

January 31
Courage is a central theme in this week’s passages: