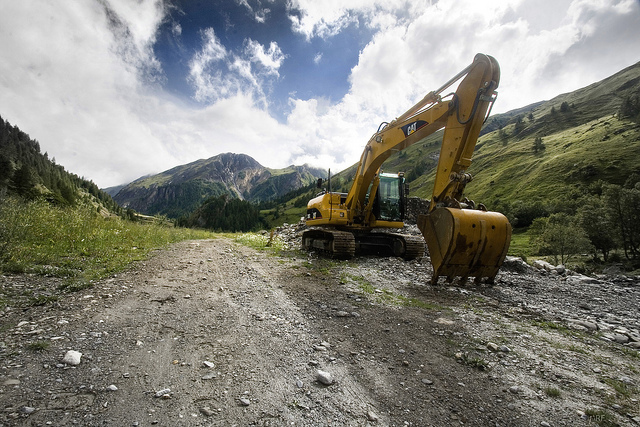 I recently received a copy of a new ecological hymn that included the line, “We are called to have dominion over all that you have made.” This pervasive understanding comes rather directly from the NRSV translation of Psalm 8:6, found in the lectionary this month on Trinity Sunday.

Yet reality itself calls this dominion idea into question. Wonders of spring — blossoming apple trees, newborn goslings bobbing expertly in the waves — affirm that humans command very little among the affairs of earth’s living community. These drive us back to questions God asked of Job: “Have you comprehended the expanse of the earth?” (Job 38:18). During this month of bustling, bursting activity undirected by human hands, let’s reconsider that much-lauded yet problematic image, “dominion.”

The idea is actually a minority view in Scripture, found in only one other passage: Genesis 1:26-28, which uses a different Hebrew word for what the NRSV renders “dominion.” By contrast, most of Scripture portrays humans as having little comprehension of the natural world, much less control over it. Not only God’s speeches in Job 38-41, but Isaiah 40, many Psalms like 104, 107, and 145-150, and countless recollections throughout Scripture of human terror at wild beasts and wild weather, desert and sea all bear witness that we are not in charge at all. According to the Psalms, it is not humans, but God, who reigns on earth, and the book of Isaiah portrays, before anything else, donkeys and oxen as wiser about what they need than we are.

Even in Genesis 1 and Psalm 8, the idea of dominion is restricted by context. The first creation story is 34 verses long, 25 of which, five and a half days’ worth, pass without mentioning humans. God shows delight with a world of many species, blessing the prosperity of birds and fish long before humans, offering the same food to all, including us. When we finally arrive, we share our day with land mammals and reptiles, domestic and free.

Similarly, Psalm 8 occurs among 149 other psalms that continuously celebrate creation’s animals, plants, mountains, and trees without a hint of their submission to humans, and proclaim God as ruler of heaven and earth. Psalm 104 — which is read just the week before Psalm 8 — hardly mentions humans at all. Though coneys and mountain goats each have their own ecological niche, according to this psalm, humans share space with lions, and represent just one of many fascinating creatures inhabiting God’s earth.

Genesis 1 itself declares us “made in God’s image,” and God’s rule over creation is characterized as beneficent. Surely creatures modeled on God cannot use the earth’s abundance for our sole benefit. Yet despite this stricture, and despite Scripture’s overall witness, the truism of “dominion” leads many to assume that the earth and its creatures are simply resources for human consumption.

What would happen if, for the next 2000 years or so, we paid more heed to images of humans found elsewhere in Scripture? In the second creation story, for instance, the Eden story, God shapes the adam (the human) out of the adamah (the ground) and places him in the garden, le’avdah uleshamrah (and here I translate more literally than the NRSV does: to serve and preserve it). Not to rule, but to serve. Not to take, but to preserve.

The Psalms provide much imagery for ecologically themed preaching:

May’s second readings begin with Revelation and continue into Romans and Galatians:

The Gospel readings from John and Luke: