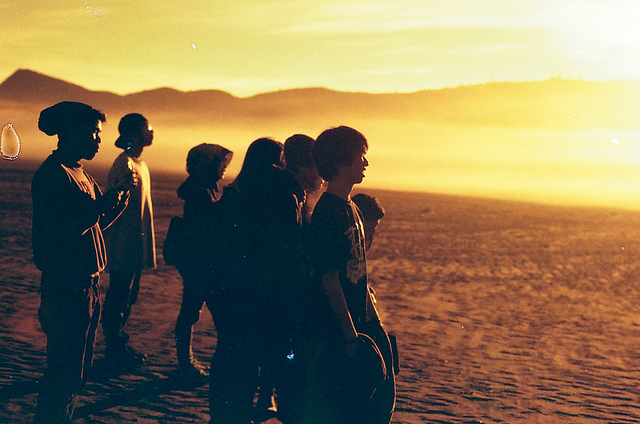 One of the lessons we have learned from recent politics is the power of group identity. To the astonishment of political pundits, it appears that once people identify as a member of a particular group, that identity supersedes just about anything else, including self-interest.

This can be a good thing or a bad thing. People find purpose, support, enthusiasm, energy, and a sense of belonging by being with others who share this group identity. On the other hand, the lure of group identity can cause a person to abandon previous connections, values, beliefs, and rationality if any of these things conflicts with a person’s group identity.

The power of group identity can be a frightening and dangerous thing, or it can be a motivating and empowering thing.

Group identity dynamics are foundational to any religious or spiritual movement. We need to understand how these dynamics work in the religious realm not only to liberate people from the sinful, destructive behavior caused by its negative effects, but also to find a way to harness its positive effects.

The whole concept of the Israelites as “God’s Chosen People” is pure group identity dynamics. Their entire religion was predicated on the understanding that we have a shared identity. “We” are different from “them.” We are the people who worship Yahweh, who wrestle with God.

The Hebrews reinforced this group identity with a complex array of rituals, dietary restrictions, and legal codes that kept the group separate and distinct from those outside the group. This helped the group identify its purpose and draw strength from each other. The nation faltered at those times when it adopted the ways of its neighbors, thus blurring the lines of identity.

The early Christians grew strong and flourished as they developed a strong sense of group identity that distinguished them from their neighbors. Persecutions only intensified the perception of “us” vs “them,” increased their sense of purpose, commitment, energy, and solidarity. Similarly, one could argue that the Latter Day Saints succeeded where other fledgling religious groups failed because of an urgent sense of group identity brought on by persecution.

Group identity runs into problems in Christianity because of the inclusive nature of Jesus’ and Paul’s teachings. In breaking down the barriers that prevent those outside the group from entering, the Christian church, especially in modern times, has diluted, if not completely obscured, the impact of group identity.

Much good has resulted from this. Softening the lines of group identity lends perspective that allows us to be more rational as well as more loving. It leads to more understanding, more acceptance, more cooperation, more peace — in short, it brings us closer to the reign of God on earth.

The down side is that abandonment of group identity drains the Christian church of energy, enthusiasm, purpose, comradery, and a sense of belonging. I believe the decline of the mainline owes much to the decline in group identity among these churches.

It seems to me that the challenge of the modern church, and of individual congregations, is to reestablish the group identity of Christianity under the new paradigm of inclusivity proclaimed by Jesus. It sounds impossible, even contradictory.

But what if we establish for ourselves the identity that Christ commanded us to establish? I have come to believe that the first job of a pastor, and especially of a preacher, is to establish and reinforce in the congregation an unquestioned identity as the people who love as Christ taught us to love.

In order to do that, we need to be intentional and crystal clear. Our mission statements must be short and memorable so that every person in the congregation knows exactly what that statement is and can repeat it without prompting. This mission statement must be constantly lifted up and affirmed so there is no doubt about who we are and why we exist.

By establishing this group identity in the way Jesus taught us to, we can we harness the sense of purpose and belonging, support, enthusiasm, and energy that comes with group identity. In that way, we will become the dynamic, growing, unshakable force for good of Creation that God created us to be.