An Unexpected Glimpse of God’s Promise 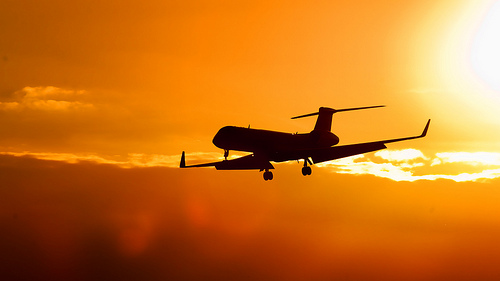 For those of us who preach, flying on airplanes is risky business. I know of only one pastor who sees flying as mission work. The rest of us huddle in our seats, put in our ear buds, and pull out some reading material. We may make some polite conversation with our seatmates or help out a person struggling with their overhead baggage, but generally, many of us dread explaining to people that we’re preachers.

For those of us who are mainline, we often feel we need to apologize for the extremists in our group. Or, on the other hand, we may get seated next to someone who is an extremist and believes as a mainline, we’re not saved. This is followed by a long flight where we are pressured to defend the status on our salvation. Both have happened to me.

But, my last flight was different. I sat next to two young women, both in their 20’s. I was crouched in the window seat, slumped as if I were sending some last minute texts and covered myself with my jacket as if I needed to sleep. Yet somehow, still, a conversation started. Brianna, who was sitting in the middle seat, mentioned that since we were flying on Valentine’s Day, we could get a free drink. “Oooh!” we all perked up. Cynthia, who was sitting in the aisle seat, deemed us the “party row.”

We began discussing what we should have and that led to further conversation. Cynthia had worked in the entertainment industry in LA, but jaded by that, now worked in Admissions at UCLA. She began to tell us how she wanted a more normal life, a life away from the image-based Hollywood scene and working with arrogant and grumpy actors. Brianna, wearing very tight clothes and a low-cut lace blouse was a bikini barista at a coffee shop in Santa Cruz and finishing her last year of college.

Somehow, even without the drinks, we began talking about our lives. Both women were flying to see their boyfriends, Cynthia’s in Minneapolis — or in Brianna’s case — not-sure-if-there-was-a — relationship-left boyfriend in Denver. We began talking about life plans and they asked me what I did for a living. They didn’t seem fazed at all that I am a pastor. We told one another intimate things, like our deepest hopes in a relationship and what scared us about being in one, even though I’ve been married for 30 years.

Both of their boyfriends had flown them out to visit as a Valentine’s Day gift. But, Brianna, she wasn’t so sure. She met her sort-of boyfriend at the bikini barista coffee shop, but he had broken her heart and she wasn’t convinced she wanted to get back together with him even though they had lived together for two years. “My mind is open, she said, but my heart is guarded.”

We sipped our drinks and fell silent for some time. As the plane began to descend, Brianna began fidgeting in her seat. “I hate this because every time I get nervous, I have this condition and my hands sweat a lot.” I took her hand and said “Yeah, my niece has that too but we’re here with you”. “We are,” Cynthia responded.

Brianna said she just didn’t know what to do, that her heart was racing out of her chest. “This relationship stuff, it’s all so hard,” I said, and of course, I began to cry. I’m a sap, but I could feel my heart go out to her. She was just starting her life, and there was so much ahead of her, and I could feel that bearing down on her.

The plane landed, and as we all held hands and as we reached our gate, Cynthia said something that surprised me. “Brianna, could we pray for you?” “Yes, I’d like that,” Brianna answered. And so as people gathered their luggage and stood up from their seats and began talking to loved ones on their cell phones, the three of us prayed in Denver that God might bless Brianna’s time, that she might have clarity, and that God would guide her. “Thanks guys,” she said, and when she stood up, we hugged her.

I never drink with strangers on a plane. I never pray with strangers on a plane. But if I know anything at all about the Bible, it’s that God places the most unlikely of people in the most improbably of places and we realize that our lives as Christians are not woven together by what we do for a living or what our place in life is, nor is it about our age or circumstances. God weaves us together, small communities, angels in disguise, where airplane, wine, and word become sacramental because God’s promise is born in this two or three.

After Brianna disembarked in Denver, Cynthia and I traveled together to Minneapolis. I hugged her after we got off the plane “Blessings. Know you are loved” I told her. “But, I’ll never know what happens to either you or Brianna. What the end of your stories might be.”

But, the truth is, I think I will. In God’s world, there are no barriers between our time and the constructs we put in place. Housed in God’s grace, woven into God’s story, one with all precious things, God must name what God loves. And we, precious recipients, each on the dusk of death, are called into a world where we are only offered a glimpse of what is given, who we will be together, for Christ has given us a peek at God’s heart, now uncased, always for us.