Creating Anew in Chaos: Preaching Easter in Year A 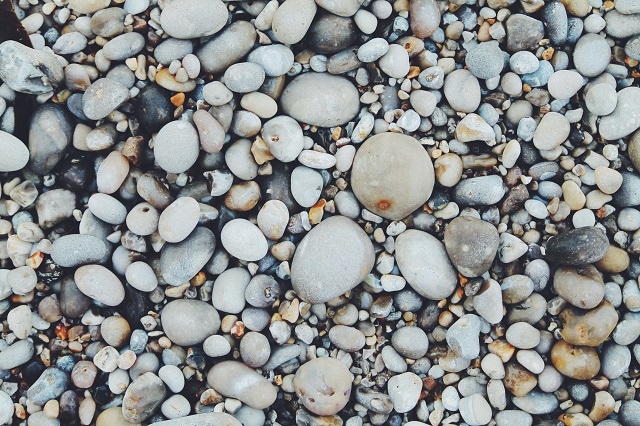 Photo by Erik-Jan Leusink on Unsplash; licensed under CC0.

In these weeks and months of anxiety about viruses and quarantines, about extreme polarization in speech and politics, about the ever-present violence (in all forms) against women, about the demise of reason, good will, and the respect of basic human rights, Acts 10 proclaims boldly: Jesus is Lord of all! What does it mean to preach this Easter proclamation when Jesus does not seem to be the one in charge? What does it mean to preach in this Easter season when Jesus seems absent? As preachers, we are called to grapple with these questions.

The Revised Common Lectionary for Year A focuses on a few chapters in Acts and the first letter of Peter as well as of course the great Easter gospel stories (the garden scene with Mary, Thomas, Emmaus, the Good Shepherd, Jesus’ farewell discourse and prayer, and the promise of the Holy Spirit). The book of Acts can help shape our questions and grappling as we wonder what God is doing. Acts may be the focus of your preaching or serve as a guide for this Easter season. “Acts provides a lens through which we might see and consider God.” Acts says “something about who God is and how God has acted and continues to act.”1 May I recommend reading Matthew L. Skinner’s short book on Acts during Lent in preparation for the Easter season? Intrusive God, Disruptive Gospel offers insight into how God engages the Easter community and its call to proclamation, inviting it into a “new world order.”

Preaching peace already began “after the baptism that John announced.” God anointed Jesus with the Holy Spirit and with power (Acts 10). This message of peace—the Easter message—can already be recognized in Jesus’ life, doing good and healing all those who were oppressed by the devil. The resurrection is God’s ongoing work in which now all the baptized are engaged. We are called to heal those oppressed by the forces—powers and principalities—that oppose God and that separate human beings from God and from one another. The resurrection is the breaking open of prison doors, the dismantling of barriers, the deconstruction of walls, and the liberation from all what has confined and oppressed and divided individuals and peoples and nations from one another.

The proclamation of the Resurrection inserts us into the trajectory of God’s action, into God’s plan that God is continually accomplishing, defeating death in its many forms and inviting all into a reconciled community. This mystery of reclaiming and reconciling the world to God’s self is revealed by God to those who are “witnesses,” to those who have “ate and drank with him after he rose from the dead” (Acts 10). It is revealed to those who have shared a meal with him (the disciples of Emmaus). In this festive meal, God is recognized. Alleluia! The meal of new creation is also a table of invitation. The risen Christ is waiting and calling. All are to come and partake as God’s goodness permeates all the world. The meal breaks down the barriers that humans construct.

Underneath the violence and disarray, the confusion and anxiety of this world, God is continually creating something new. God is continually inviting into a hope. In 1 Peter 4, the faith community is not to be surprised by the fiery ordeal, the suffering, among it and around it. Rather, the community is invited to rejoice because of “new birth into a living hope” (1 Peter 1:3). Through this living hope, God is continually opening doors. Preaching peace, is always preaching hope but not any hope, not the naïve hope “oh, it will get better.” This living hope recognizes and names the suffering, the ordeals, the trials and tribulations, not overcome by them but witnessing to a new, a different reality, a hope that reshapes life as we know it. The witnessing by the faith community is what it means to be called a “royal priesthood” founded on Christ, the living stone.

Acts of course begins in naming the group of disciples “witnesses.” The witness is to a promise: that God is continually acting in the world, reconciling it to God’s self, reclaiming it, person by person, community by community. On this journey, the faith community is nurtured by teaching, by breaking bread together and by prayer. But in its witnessing to God’s surprising work of new beginnings, the community is not without struggle. Stephen is stoned (Acts 7)—the first Christian martyr. Living hope is threatening to the world, it is disruptive and when it is too intrusive, the world seeks to subvert it, compromise it, water it down, or downright eliminate it.

And as God is continually at work in this world, bringing forth new creation, God is also continually with the community as foundation (living stone). Christ continually reveals God’s immeasurable goodness in a meal with the disciples of Emmaus, encouraging and calling Thomas, supporting and protecting the little flock of sheep, showing the community the way, the truth, and the life, never leaving it alone, praying for it, praying for solidarity, for unity, and sending the Advocate, the Spirit of truth, to accompany the community on its way ever deeper into God’s new creation.

Dirk G. Lange’s six-part Working Preacher series, “Themes in Year A,” highlights liturgical and sacramental realities that flow through the texts and inform worship and sermon preparation. Dr. Lange commends these prayers: Intercessory Prayer in the Midst of the Spread of COVID and Intercessory Prayer in Exceptional Times, both published by the Lutheran World Federation.