Conversion and New Life: Preaching Lent in Year A 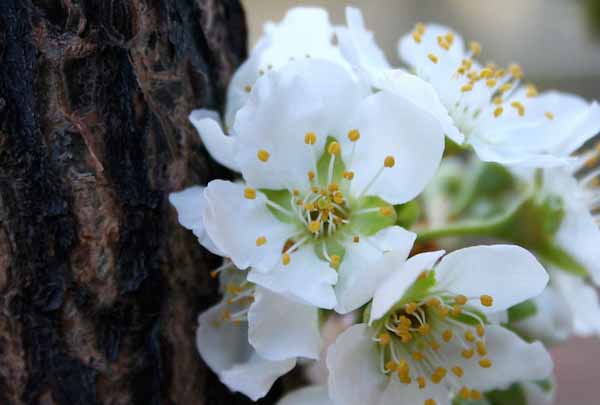 Year A immerses the congregation into the captivating readings from the Gospel of John: Nicodemus, the woman at the well, the man born blind, and Lazarus.

Three of these readings (the woman at the well, the man born blind, and the rising of Lazarus) have figured in lectionary readings for Lent from the 5th century onward, if not even earlier. The Johannine texts are referenced in the rite of scrutinies for the preparation of catechumens for baptism in the night of the Easter Vigil. They are texts of conversion, renewal, and rebirth. These texts remind us of the baptismal foundations of the season of Lent. They point us to something totally different, totally new in the life of faith. The Revised Common Lectionary adds a fourth Johannine text—Nicodemus’ visit to Jesus at night—a text that places rebirth at center stage.

The classic Lenten texts do not explicitly focus on repentance or penance though a deep conversion of life, both individual and communal is at the heart of every story. These Johannine texts are coupled with stories of call (Abraham setting out into the unknown, the youngest and least anticipated David called to be king, the dry bones recalled to life) and a story that roots a life of faith in the source of all life (Moses striking the rock bringing forth water).

The Epistle readings—we might say, readings from “congregational” life—come primarily from Romans and direct the listener and faith community to the life-giving characteristic of faith. Faith is not simply “part” of our life as if it were a character trait. Rather, faith defines life. Life itself is drawn from faith. Bonhoeffer wrote in Life Together: “What is important is not that God is a spectator and participant in our life today, but that we are attentive listeners and participants in God’s action in the sacred story, the story of Christ on earth.” God is the one who defines life for us and does so in totally new ways, in unexpected ways, in life-giving, resurrection ways. Life is given abundantly. We are invited to participate in an excess that we could never have imagined or produced for ourselves.

Preaching through Lent in Year A could focus on that “something” that is totally different, totally new, and abundant. The encounter with Jesus will refocus everything we do as individuals and as a faith community. This newness is already set forth in the readings for Ash Wednesday. “Do not be like…” (Matthew 6). Jesus, in the Sermon on the Mount, is pointing to something different, a new way of living that is defined by faith. The treasure to which we cling is not a treasure of our own making but a treasure—faith—that is received as call, as living water, as discernment.

The Johannine readings direct the listener to that “something different” God is doing. Each of the main stories focus on a surprising relationship with Jesus and subsequent turn-around and witness. (For an insightful development of these themes see Karoline M. Lewis’ Fortress Biblical preaching commentary John.) Through relationship with Jesus something totally new happens in the life of the Samaritan woman, the man born blind, and Lazarus. Nicodemus is invited into new birth. The turning-around, the conversion of Lent is not a focus on practices of self-denial and penance (or even self-inflicted punishment) but on life-giving dialogue that reveals to each participant who they are and what they are called to be. A relationship turns each around, literally re-birthing them, and in one case, resurrecting them in this life.

Each in turn is called to witness. The turning-around, the something different, is not for them alone. The individual conversion becomes a public call inviting a community into new life. The woman calls her town. The man born blind testifies in front of the Pharisees and worships Christ. Lazarus and his sisters host and serve a meal for Jesus and presumable his disciples (since Judas is present).

These narratives and discourses prepare us for the wondrous intersection of God and humanity that constitutes Holy Week. In older lectionaries, all four passion narratives were read during Holy Week beginning with the Gospel of Matthew on the Sunday before Easter. Palm Sunday navigates with difficulty these two great texts both of which deserve attention though if the majority in a congregation hear only one passion sermon, it may be wise to focus on Matthew’s passion narrative.

The texts for Maundy Thursday and Good Friday invite us into both the passion and passage of Jesus Christ in surprising ways. The readings for Maundy Thursday deconstruct the usual understanding of sacrifice and the relationship between God the Father and God the Son. Christ gives us himself as remembrance in a meal and in foot-washing, not through a sacrifice demanded by an angry Father. The readings in John present a Christ who willing enters this passion and passage, who raises up the cup of salvation, the cup of thanksgiving (Psalm 116), and who knows that God does not demand sacrifice (Psalm 40). Curiously, John 13, appointed for Maundy Thursday, does not recount the Last Supper as if to remind community that these days are not about imitating something that happened in the past but to live into the Gospel reality present today.

The passion reading for Good Friday (John 18:1–19:42) further underlines this perspective. Augustine had already noted that the Lord was not constrained to suffer but did so voluntarily. The cross is not a sacrifice but God’s ultimate and complete identification with human reality and suffering. The liturgy expresses this truth with the prayer around the cross. The meditation on the cross sends the community out into the world in solidarity with all those suffering in our society, all those with whom and in whom Christ suffers. The cross of Christ is just outside the walls of our sanctuaries.

Dirk G. Lange’s six-part Working Preacher series, “Themes in Year A,” highlights liturgical and sacramental realities that flow through the texts and inform worship and sermon preparation. Dr. Lange commends these prayers: Intercessory Prayer in the Midst of the Spread of COVID and Intercessory Prayer in Exceptional Times, both published by The Lutheran World Federation.