Bathsheba and Preaching in the #MeToo Era 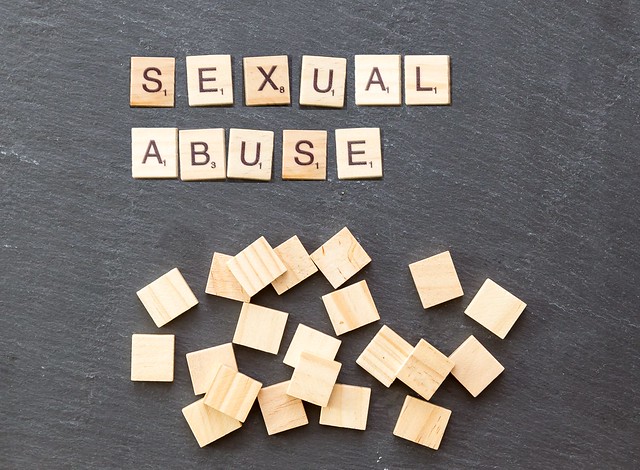 For over a decade, I’ve been researching the various ways that Bathsheba can — and has — been interpreted throughout the centuries. I am convinced all the gaps in the narrative, particularly about feelings and motives, allow readers to fill those gaps in different ways. For example, when Bathsheba sends the message to David, “I am pregnant” (2 Samuel 11:5), the text gives no indication about how she feels: is she excited? Nervous? Terrified? Readers can choose different plausible explanations about Bathsheba.

However, I am also convinced that at this current moment in history, sermons about Bathsheba in 2 Samuel 11 need to preach that she is a victim of David’s entitlement; a woman who is raped by a powerful man. The #MeToo movement has opened up a broad conversation about the ubiquity of sexual violence and coercion in our world, and the subsequent #ChurchToo movement highlights the tragic reality of sexual abuse in the church. At this particular time, trying to nuance the story about Bathsheba from the pulpit can sound like justifying or excusing David’s actions, which sounds like participating in structures of abuse instead of speaking out against them.

The phrase “me, too,” was coined by civil rights activist Tarana Burke in 2006 as an effort to help victims of sexual violence find healing, but it went viral in October 2017, when the actor Alyssa Milano tweeted a request to her followers: “If you’ve been sexually harassed or assaulted write ‘me too’ as a reply to this tweet.” By the next morning, almost 40,000 people replied.

Twitter users Hannah Paasch and Emily Joy launched the #ChurchToo movement in November 2017 when they prompted users to share stories of sexual abuse in church settings. Many of these stories are not new; in February 2019, the Houston Chronicle ran a series of articles about hundreds of victims of sexual violence within Southern Baptist churches over the last twenty years.1

The amount and the breadth of participants in the #MeToo and #ChurchToo movements has helped remove some stigma from being a survivor of sexual assault. Powerful men have been called out as perpetrators, with some even being dismissed from their positions. These movements have not halted sexual violence, but they have sensitized the larger public to the reality of its occurrence.

It is only within the past ten years that biblical scholars have used the word “rape” to describe what happened to Bathsheba.2 In part, this can be explained by the fact that the Hebrew verb that describes rape (of Dinah in Genesis 34, the Levite’s concubine in Judges 19, and Tamar in 2 Samuel 13) is not present in 2 Samuel 11:4, which says David “laid with” Bathsheba after he “sent” messengers and “took” her. #MeToo has made it more and more plausible to see David as exemplar of rape culture, where men think they can take sex from women.

But based on the parable Nathan tells about the rich man in 2 Samuel 12:1-4, Horst Seebass argued in the 1970s that David’s crime was an abuse of power.3 Indeed, rape is often less about sex than power. Many others have noted the power differential between David — the king — and Bathsheba. Could she really have refused his summons (2 Samuel 11:4), even if she had wanted to? In large part, David’s abuse of Bathsheba and Uriah can be explained by his privilege and power.

Certainly, it is not easy to preach about sexual violence. But Scripture is a resource for us to draw upon; that the biblical canon includes such stories ought to mean that Christians do not shy away from talking about them. Especially in our current historical setting, when so many women have come forward to identify themselves as victims of sexual assault and harassment, it is all the more important for their stories to be validated from Scripture, and from the pulpit.

Additionally, it is important to have both male and female preachers give sermons about the reality of sexual violence. While preachers cannot control how members of their congregation hear their sermons, what gets preached by men and women can be received differently.

I have continued to work with the story of Bathsheba for so long because I find her character compelling. I am especially struck by the fact that, unlike Dinah in Genesis 34, Bathsheba’s story does not end with her victimization by David in 2 Samuel 11. Instead, 1 Kings narrates what happens later in her life, when she helps her son Solomon ascend the throne. I would not want to minimize any experience of sexual assault or harassment. Bathsheba’s story, however, reminds me that a person’s story is larger than a single traumatic event. In this way, too, Bathsheba’s story could be a helpful homiletical tool.