Preach like Jacob? Times When It’s Good to Limp 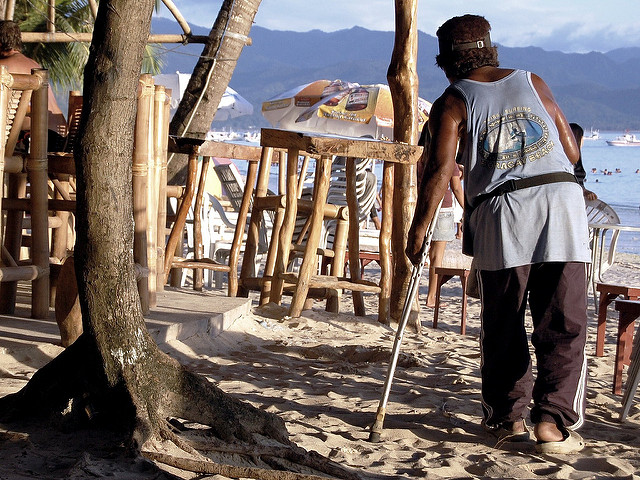 I have a confession: I have had the tendency, throughout my life, to be the type of person where when things get too hard, I quit.

It’s not something I’m proud of. Rather the opposite, in fact: being a quick learner is a benefit in many ways, but one thing it does not prepare you for is the meticulous, plodding, hard work going slowly through the motions with something that is difficult to learn. I detest going slowly. So, whenever I had the option, I would just … quit.

I don’t have that option anymore.

Preaching isn’t really an appropriate place to quit. Standing up in a pulpit on a Sunday morning and saying, “Well, this sermon was really tough to write, so I’m just going to give you a half-baked version of what was in my head” doesn’t really fly. Life happens, of course, so sometimes we are more or less prepared depending on the given week. But legitimate and serious scheduling conflicts are much more understandable a reason than a pitiful “I don’t wanna.”

Graduate school is also not a place where it works to learn something quickly or fake your way through it. I have learned that lesson, the hard way, many times. My cheeks still blush when I think of the straight-up dumb things I have said in class as I tried to pretend I was following the course of the conversation. Incidentally, I also learned the value of the old saying, “Even fools who keep silent are considered wise; when they close their lips they are deemed intelligent.” (Proverbs 17:28) Going slowly I may detest, but I loathe looking like a fool.

Parenting is another place where learning quickly or faking your way through something are rarely viable options. Inevitably, the more I try to push, hurry, and bully my children into doing something the way I want it done, at the speed I want it to happen, the … more … slowly … they … will … go. (Amen, fellow parents?) In addition, children are constantly changing, as are we as adults, so the fun mixture you tried yesterday may produce a noxious concoction today. Parenting demands that you go slowly, you listen closely. (Heck, all relationships do to a certain extent.) Otherwise you leave no room for them — or you — to grow.

One of the best sermons I have ever heard on this topic was neither a sermon nor given by a clergyperson. A son stood up to give a few words at his father’s funeral where I was presiding. His dad had had many struggles throughout life: mental, emotional, and physical. And one of his defining characteristics was that he walked with a limp. “The world is not kind to people who limp,” said the son, summarizing simply yet eloquently the struggles of his father’s life.

“But,” he went on, “there are certain benefits to going slowly. People with little legs can keep up with a person who limps.”

“People with little legs” is a beautiful image, both for what it directly communicates and for what it implies. How powerful is it for a child to have a grown-up who goes at their own speed? What honor or value might be imparted to a young person to have an adult willing to follow their pace, for once? What lessons might we grownups learn from seeing life from the view of the littlest among us?

Then there’s the metaphorical level of the image: who is it in your congregation who might benefit from you walking with a limp for a while? Because if we’re really, truly honest, we all walk with one. We all have those places in life where we move just a little bit slower, we learn just a little bit harder, we feel ashamed of the thorn in our side because in our experience “the world is not kind to people who limp.” But what might happen if instead of hiding our limps, we led with them for a bit?

I am not advocating a culture of emotional caretaking on behalf of the congregation to the pastor. We’ve all seen the fallout of those situations: they are never pretty. But, as a wise clinical pastoral education (CPE) supervisor once told me, “Don’t preach out of your wounds; preach out of your scars.” A scar is a wound that has healed. A limp is an injury that has left its mark. Israel himself walked with a limp, a testament to a night of wrestling with his God, a story to which we all can relate.

If you haven’t done it for a while, allow yourself to limp. See who keeps up. Lean into your thorn as the gift that it is. For as Paul teaches, his pleading with God to take away his own limp only resulted in God’s compassionate reply: “My grace is sufficient for you, for power is made perfect in weakness.”

Go slowly, Working Preachers, that the love of Christ may be embodied in you, for all of your congregation, in all of your scars and limps.