Notes from the Field: Elections, Bulldozers, and Grief 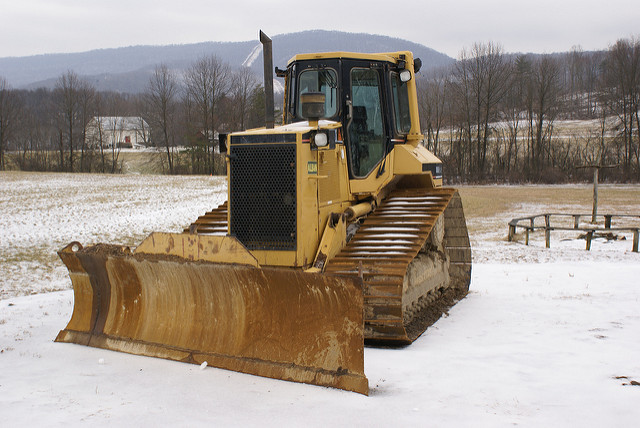 Anybody here feel like a bulldozer has run over you a few times lately?

If so, you’re probably in a context that’s dealing with the U.S. presidential election.

If so, an article on preaching the election is probably the last thing you want to read right now.

But stick with me; I’m not going to talk about prophetic preaching, preaching your conscience, or what to say/not to say from the pulpit. All of these things are important, but they’re not what I want to focus on.

I want to talk about preaching to communities in grief.

And I don’t just mean the people whose candidate will lose on November 8, I’m talking about all of our communities on that fateful day. As Ronald Heifetz wrote in his 2009 book, “What people resist is not change per se, but loss.”1

“What people resist is not change per se, but loss.” Another way to say this is what you’ll be dealing with on November 9 in your community is some kind of loss, even some kind of grief. And this awareness could directly affect how you approach preaching for the weeks or months after.

As pastoral care providers, we know that people deal with grief differently, so we approach people differently based on our intuitions and their explanations of their grief process. Preaching to people dealing with change requires a similar approach and attention. I learned this intimately when I left my first call recently, a year after my colleagues had also transitioned out; the longer the transition went on, the harder it was to preach, because people were in such different stages of anxiety, loss, and grief.

Come November 8, your parishioners will likely deal with the great national change, in some ways, like they deal with grief: differently, reactively, emotionally, and with different needs as their lives adjust.

Thirteen-year-olds will be reacting to their parents’ emotions without as clear of a sense of what is at stake; what can you do as pastor to speak to adolescents’ anxiety? However you vote, there will be people in your congregation with starkly different political positions than yours who will require a real pastoral response from you; how will you balance your political position with your parishioner’s spiritual needs, doing justice to both and disrespecting neither?

It might not be a bad idea to revisit your memories related to how you, personally, deal with change — and to put the proper self-care measures in place. This way, when much is asked of you, you don’t end up flattened under the bulldozer — or, perhaps worse, driving it.

1 Ronald Heiftez, The Practice of Adaptive Leadership: Tools and Tactics for Changing Your Organization and the World, Cambridge, Harvard Business Review Press (2009) p. 22.