Authentic Preaching: How to Prophesy 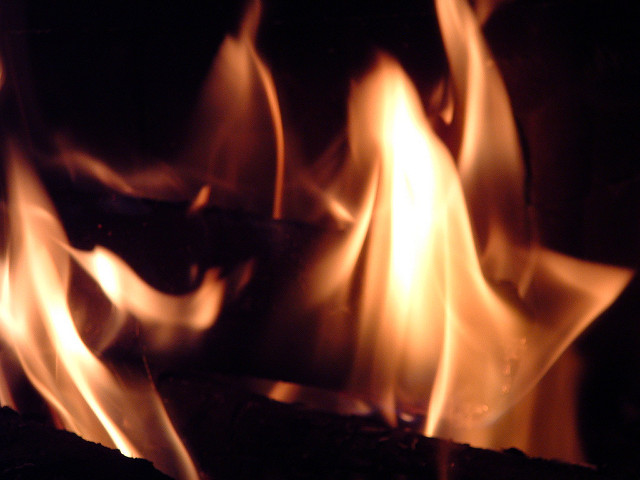 No one is a prophet because they want to be. If you do not have the reluctance of a biblical prophet, you likely do not have a message from God. If you think the work of a prophet sounds glamorous, you best head back into the prayer closet and stay there until God clears you of misconceptions.

But if you have something you might describe as a fire shut up in your bones, a fire that wearies you from holding it in, if you see a truth about the world that will likely cause you trouble should you name that truth aloud, then it might just be that you are being called.

Trouble is, just because you have seen a truth doesn’t mean you know how to translate it to the people whose vision is still cloudy. Sometimes we get the wrong idea that using one’s voice for God is a simple matter of repetition. God speaks. The prophet regurgitates. But anyone who has sincerely wrestled with the truth and with God’s call knows it doesn’t come so easily. There is no standard guidebook for aspiring prophets. However, if in spite of your own reluctance, there is a fire burning inside you that must be released, I humbly submit to you the following observations:

A true prophet knows when to speak, but also when to be silent and wait. A prophet is not a social commentator who must chatter self-righteously about every bit of news; rather, a prophet waits for a word from the Lord. We have heard it said that to be silent in the face of injustice is to be complicit, but a prophet understands that not all silences are equal. There is the silence that is avoidance, which is bad. And there is the silence which is wisdom, which is waiting, which is good. Your mouth shouldn’t outpace your prayer.

Prophets know they are truth-seekers, not truth-experts. You are, of course, the truth expert of your own life — you know your own experience better than anyone. But when it comes to understanding the divine, or the Scriptures, or the human condition — you are and will always be an imperfect vessel. Do not shy away from imperfection — it affords you human connection, friendship, and authenticity. By contrast, arrogance will close you off to new information, new relationships, and new growth. True confidence is the courage to speak up without resisting new information that could change your mind.

The prophet isn’t out to scold, because the prophet isn’t a parent or a boss or a know-it-all. The prophet is one of the children, one of the wandering sheep. As soon as you start thinking about your people like they are your unruly toddlers, you have lost your credibility with them and you’ve likely lost your capacity to speak truth with grace. The prophet is no better than the people, and the people are no better than the prophet. If your ideas reinforce your own superiority rather than lay you bare before God’s blistering love, then it’s likely you do not have a divine message to share, just an overly talkative ego.

Don’t make it about you, most especially when people complain. Their pushback is aimed at something bigger than you, and because the truth is so much bigger (and more important) than you are, you don’t have to defend it or guard it or get offended on its behalf. You do not have to argue with people who are not interested in listening. You are not responsible for convincing anyone of the truth. You are only responsible to speak the truth you are being asked to speak, and to speak it with kindness, courage, and grace. How people respond is not your burden to bear.

The chalice doesn’t get to choose whether the drinker likes the wine or even whether the wine is drunk. The chalice is only a chalice, holding with care what it has received as sacred and patiently offering it to others. If the drinker spits out the wine, the spitting isn’t really about the chalice. In other words, don’t confuse yourself with the message itself, or rejections will hurt far more than they need to.

Furthermore, do not confuse a rant with a prophetic word. A rant is what you write in your diary or share with your closest friends. A rant is not what you share in public, on social media, and certainly not from the pulpit. While it may feel good to let it all out and not give a care, this is not a responsible use of the wisdom with which you have been entrusted. Also, wisdom rarely demands a rant, so if what you want is to rant, find a private way to unload, but do not mistake what you are feeling for wisdom, nor your angst for holy passion. We would all do well to remember the Letter of James: “The wisdom from above is first pure, then peaceable, gentle, willing to yield, full of mercy and good fruits, without a trace of partiality or hypocrisy” (James 3:17).

None of us gets this right all the time. I mess up. I don’t strike the right balance. I try to speak truth, but my perspective is inevitably tainted by my biases and experiences. I think I’ve heard a word from God, but later I’m not so sure. Or I’m not so sure whether I should speak, and so I hold back, but later I see I missed my opportunity.

The prophet doesn’t speak because she knows she is always right. She speaks because she is compelled to do so, because she would rather engage than avoid. She’d rather take the truth by the horns than run away. She’d rather wrestle with angels than remain untouched, rather plunge the depths of understanding than tinker in the shallows where things feel safe. In other words, the prophet shows people how to take off the blindfold even when you’re afraid, and how to keep loving yourself even when the truth hurts, and how to accept yourself, others, and God as mysteries worth exploring.

In Kyndall Rothaus’ bimonthly Working Preacher column, “Authentic Preaching,” she explores how to cultivate one’s voice, to trust that voice as enough, and to bring one’s authentic, vulnerable self into the pulpit in appropriate ways.