Preaching with Humility and Compassion 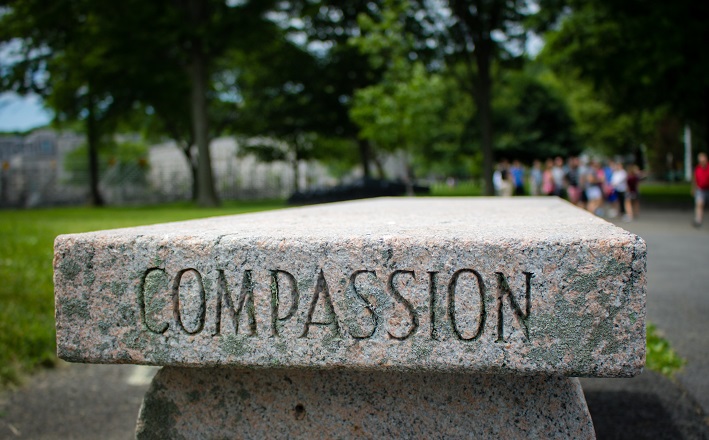 Photo by Dave Lowe on Unsplash; licensed under CC0.

So said the sign over a bar, according to a student of mine a few years back who had visited said drinking establishment.

It struck me then, and still strikes me, as a uniquely appropriate message for our age.

Because I don’t know about you, dear Working Preacher, but I have run across more and more people in the last few years who cannot seem to admit as much. They are absolutely, positively sure that they alone know what is right and true. Indeed, they act very much like the Pharisee in our Gospel lesson for this week. “God, I thank you that I am not like other people,” he humble-brags, as he glances sideways at the tax collector who is praying in the temple near him. “I fast twice a week; I give a tenth of all my income.” His self-righteousness blinds him both to his own faults and to his neighbor’s virtues.

Granted, the folks I’m thinking about aren’t congratulating themselves about fasting or tithing, but their self-righteousness is nevertheless well-developed. These folks are absolutely sure that God (or the universe) approves of their language, their thoughts, their political and social stances, and they are as zealous as any Puritan about policing the language, thoughts, political and social stances of their peers (and often their elders).

I was talking recently with a friend of mine who has two young-adult sons. They told her that their friends use what they call “cancel lists.” That is, if one member of their friend group says or does something offensive to other members of the group, the name of the offender can be put on a list for a specified period of time and they are, to all intents and purposes, shunned for that period of time. They are not invited to gatherings or acknowledged on social media.

I checked with my own children who are about the same age, and they have not heard of “cancel lists.” So perhaps it is not a widespread phenomenon. I hope not. Nevertheless, it is disturbing that the practice exists at all, as it sets up a dynamic of fear and self-righteousness.

“God, thank you that I am not like that person.”

Republican pundits are fond of bemoaning “cancel culture” and they have a point. The social media mobs who call for “cancelling” someone only serve to stifle free speech and honest public discourse. And such mobs show absolutely no grace or forgiveness, even when the person in question apologizes for their behavior or speech that is deemed beyond the pale, and even when that behavior or speech occurred years earlier. The Puritans (and the Pharisees) would be proud of their zeal, if not their beliefs.

Of course, Republicans have their own brand of “canceling,” even if they do not use that term. When one of their own dares to speak the truth about the efforts to overturn the 2020 election, that person sacrifices his or her political career, at least in the short term. The courage of Liz Cheney and Adam Kinzinger, the only Republicans on the January 6 committee, gives one hope that there are still politicians who put country above party. But too many in the rest of their party do obeisance to a liar. And they punish those who do not parrot the party line.

“You might be wrong.” This is a truth all of us need to consider, including me. Having the humility to admit as much gives one the courage to stand up against the mob mentality of one’s own identity group, whether on the left or on the right, and to notice where the other side might have a point worth considering.

We live in divisive times, and our churches, unfortunately, too often mirror that divisiveness. You don’t need me to tell you that, Working Preacher. You encounter it in your own congregation.

So, you likely have to execute a balancing act every time you preach. Your primary task is to proclaim the Gospel (“God was in Christ, reconciling the world to himself” [2 Corinthians 5:19]) and to do so by putting the biblical text into conversation with your context. You need to speak the truth, but to speak the truth in love (Ephesians 4:15), always guarding against becoming like one of the people to whom Jesus told his parable: “He told this parable to some who trusted in themselves that they were righteous and regarded others with contempt.”

Preaching is a unique privilege and responsibility. There are not many other modern contexts in which a group of people voluntarily sit and listen to one person speak on a regular basis. And preaching is also primarily a one-way discourse; people generally cannot talk back to the preacher in public. So, again, speak the truth, but speak the truth in love, walking “in a manner worthy of the calling to which you have been called, with all humility and gentleness, with patience, bearing with one another in love, making every effort to maintain the unity of the Spirit in the bond of peace” (Ephesians 4:1-3).

And if your theology and proclamation begin to sound too close to the platform of one political party or another, then something is probably awry. It would be advisable to study Scripture and theology more carefully, to pray for the guidance of the Holy Spirit, to seek out the counsel of a wise mentor, and to consider where you might be wrong.

Remember, you are not a prophet; you are a pastor. It is true that sometimes you may need to speak a prophetic word, but it is probably less often than you might think. More often, humility and compassion are called for—the humility to acknowledge your own mistakes, and the compassion to love those with whom you disagree.

And when it is your parishioners who lack humility and compassion, I pray that you have the strength and the patience to persevere. “Proclaim the message; be persistent whether the time is favorable or unfavorable; convince, rebuke, and encourage with the utmost patience in teaching” (2 Timothy 4:2).

Thank you for your steadfast and faithful preaching, dear ones. God give us all the wisdom to discern where we might be wrong, the humility to confess our mistakes, and the compassion to love our neighbors, even and especially those with whom we disagree, so that when our time comes, we might say with Paul, “I have fought the good fight, I have finished the race, I have kept the faith” (2 Timothy 4:7).

Your sister in Christ,

Ensuring that worship is safe for everyone requires more than just a checklist. We have to shift how we think about hospitality, healing, our own pain, as well as our worship spaces and practices. This workshop will give you a start in becoming a more trauma-informed leader and community.