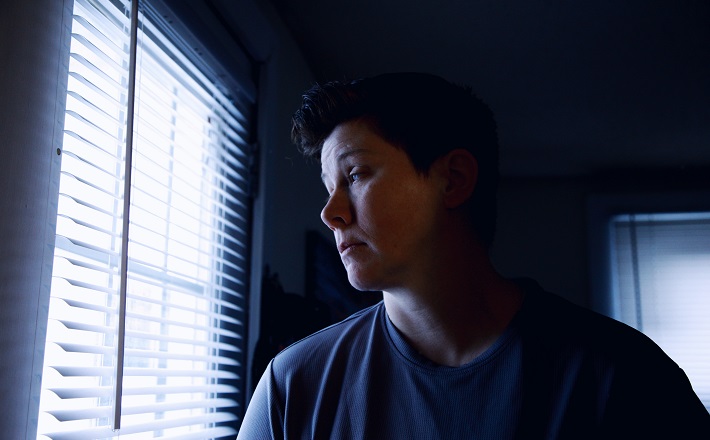 There is a song in the musical “Hamilton” that always brings tears to my eyes. It’s the song right after Alexander and Eliza Hamilton’s firstborn son Philip is killed in a duel. The song is called “It’s Quiet Uptown,” and the first lines go like this:

There are moments that the words don’t reach
There is suffering too terrible to name
You hold your child as tight as you can
And push away the unimaginable.

“Unimaginable” is a good word to describe the loss of a child. Something so hard, so heart-breaking, that it is simply unimaginable. I cannot fathom such a loss.

“Unimaginable” came to mind for me earlier this week, when I learned that Henry, a schoolmate of my daughter’s, had drowned in a lake at his and his twin’s 9th birthday party. My 12-year-old daughter Sarah is best friends with Henry’s older sister, Jenny.1 There were no lifeguards at the lake, and the parents who were watching the kids simply didn’t see him go into deeper water. When they realized that he was missing, they called 911, and a police officer dove into the lake and found him, but it was too late.

The family’s church and school community has rallied around them, raising money for them, bringing meals. We have done the same. When we found out, Sarah and I went over to their house with a meal. Sarah said, “I’m scared, Mom. I don’t know what to say.” And I told her, “Sweetie, it’s important to show up at times like these. Just give Jenny a hug and tell her how sorry you are for her loss and ask her how she’s feeling. Let her know you care.”

I’m proud of my daughter. That’s exactly what she did. She and Jenny sat on the porch swing, sometimes in silence, sometimes speaking, gently rocking back and forth and just being together.

I sat with Henry’s parents and listened as his mom Bev spoke of her own feelings of grief and loss and guilt. And what struck me was how very exhausted she looked, how sad and burdened. I offered what words of comfort I could but, again, the main thing was simply to be there. “My son is dead,” she said. Unimaginable.

Jairus and his wife in our Gospel reading for today are dealing with the unimaginable. Their 12-year-old daughter has just died. The professional mourners are there, voicing the intense grief that envelops them all. They had hoped that a miracle might happen, that Jesus, the itinerant preacher, might heal their daughter, but it is too late.

But that did not happen. Henry’s funeral happened, attended by children from his school, by teachers, including the teacher who had just had him in third grade, by the police officer who found him, tears streaming down his face. And the pastor proclaimed the hope of the resurrection and the love of God. And the church community did what they could, showing up as the body of Christ, weeping with those who weep (Romans 8:15). And the family remembered Henry and told stories and grieved. They are just beginning the hard, hard task of learning to live with the unimaginable.

You, dear Working Preachers, have similar stories, I know. You have dealt with terrible tragedies, situations that would break the hearts of all who heard them. And you have proclaimed the love of God and the promise of the resurrection in those situations. You have shown up, again and again, and helped bear the burdens of those who grieve.

But what do you do when you come across stories like that of Jairus’s daughter? Why is this little girl raised to life, and so many children are not? How do you proclaim the justice and love of God in those situations?

My friend Alan Padgett speaks of miracles as signs of the inbreaking reign and realm of God. Jesus healed the diseases of many people, but he did not eliminate all disease. He stilled a storm on the Sea of Galilee, but he did not make all storms cease. And he raised Jairus’s daughter from death, but he did not banish death.2 Plenty of people in Jesus’ day still experienced the unimaginable loss of their children, and they continue to do so. Suffering is part of life, and one of the marks of the church. But those miracles that the Gospels record were signs of the inbreaking kingdom of God that Jesus proclaimed.

Miracles as signs of the inbreaking kingdom. And those miracles still happen. I’ve heard enough stories to believe that. Another child from this same church community, some years back, almost drowned and was brought back to life by swift medical intervention. A woman I know was sitting at a stoplight and suddenly heard a voice telling her that the cancer had returned in a specific part of her body. She went to her medical team and they were able to deal with it, though, they said, there was no way she could have detected the tiny lump herself.

I know that you have heard some of these stories, too, working preachers. Not enough, perhaps. We are too often those who “have not seen,” but also, hopefully, those who (in spite of that), “have come to believe” (John 20:29). But you, too, have seen glimpses of that inbreaking kingdom, in miracles of healing and in miracles of forgiveness and of reconciliation.

So, with the whole body of Christ, you show up, you weep with those who weep. But you also have the unique responsibility and immense privilege of helping your people imagine what is beyond imagination—that is, that in the midst of the immense suffering of this world, God in Christ is still working in this place and time to heal and to forgive and to mend broken hearts and to make all things new. You have the responsibility and privilege of proclaiming the hope of the resurrection, and the promise that in the end “the LORD God will wipe away the tears from all faces” and that “he will swallow up death forever” (Isaiah 25:8). You have the responsibility and privilege of cultivating minds and hearts to be open to those glimpses of grace, those miracles, large and small, that point to the inbreaking reign and realm of God.

On some days, it may not seem like enough. Sometimes, the pain is simply unimaginable. But it is what you are called to do, and I can’t imagine a more essential calling. God uphold you and give you joy in that ministry.